KGO
By Lyanne Melendez
SAN FRANCISCO (KGO) -- There is a real concerted effort in San Francisco to stabilize housing and keep people from getting displaced. For example, nonprofits are buying properties and revitalizing them with the purpose of keeping them permanently affordable.

Not a single resident of a 97-unit building in San Francisco's Western Addition neighborhood was permanently relocated, even though it was completely rehabilitated.

Here's how it works. Public housing units, once owned by the federal government, are purchased by a non-profit which agrees to renovate them using city and private funds. By extending the life of the building, they are getting more from their investment.

The owner of the property at 1750 McAllister is the non-profit Community Housing Partnership which now owns and, or manages, 17 buildings throughout the city including Treasure Island.

"We now own it, manage it and provide service to the 97 resident who live here," said Gail Gilman, CEO of Community Housing Partnership.

"When you are homeless you are isolated. You have to be always on your toes," expressed Robert Matteson, who was once homeless before arriving here. He and the other residents are guaranteed to live here in perpetuity. They continue to pay only 30-percent of their income.

The city wants to see more of these conversions.

"The seniors are the fastest growing population and we definitely have a lot of vulnerable seniors that need this," explained San Francisco Supervisor Vallie Brown.

On Wednesday, a building was renamed after Rachael Townsend-- a youth worker and community leader who ironically could no longer afford to live in San Francisco.

For people like Robert Matteson, this is a place they will now continue to call home without fear of being displaced.

"If you have hope, you are never a lost cause," said Matteson.
Report a correction or typo
Related topics:
societysan franciscobuilding a better bay areabay areahomelesshousing
Copyright © 2020 KGO-TV. All Rights Reserved.
BUILDING A BETTER BAY AREA

'Education: A Bay Area Conversation'
How to get tested for COVID-19 for free this weekend in San Francisco 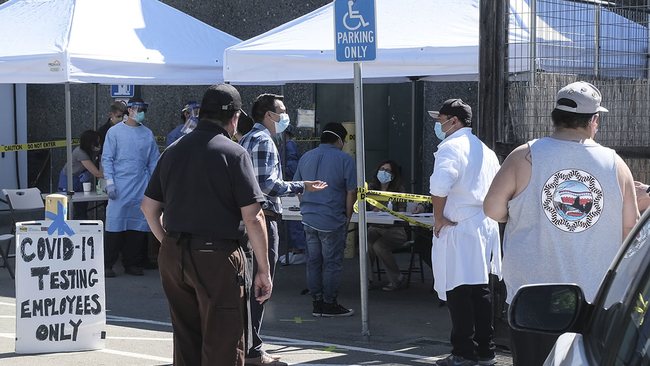