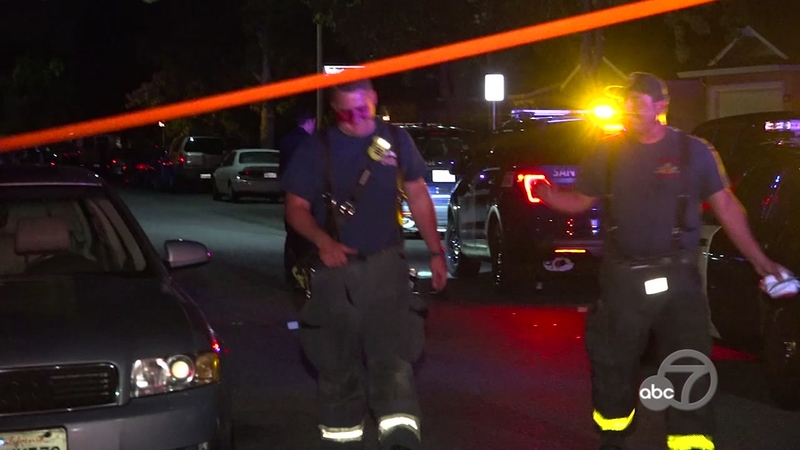 Police say 20 people were at the vigil when the shooting occurred; amazingly, nobody was killed.

Neighbors say for about a week and a half a large group of people gathered at a memorial on Vista Glen Drive in San Jose for the victims of a car crash. Last night, some of the people became victims of a drive-by shooting.

"We heard gunshots when we were watching TV. We thought they were fireworks at first and so we went to my mom's room. We looked outside and hear people screaming," said Juan, neighbor.

"Our officers arrived and actually found five people who were shot. They were transferred to a local hospital and listed as having non-life threatening injuries," said Sgt. Enrique Garcia, San Jose Police Department.

Officers investigated at the scene near the Reid-Hillview Airport for several hours. Neighbors say this group of people had overstayed their welcome.

"We don't really know them or who they are. But yeah, they have been coming and smoking pot and drinking. We've been trying to get rid of them and hopefully as of today things will go away," said Juan.

Police are not releasing a description of the suspect vehicle saying witness accounts can vary in situations like this. Neighbors say they heard car tires screeching away at the scene. The concern is something like this could happen again.

"I don't want myself or my family to walk outside. Thinking oh, what if this happens again?" said Juan.