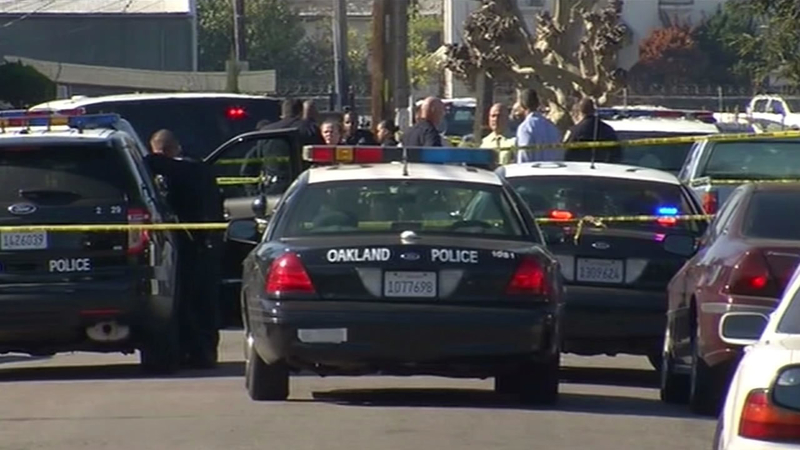 EAST OAKLAND, Calif. (KGO) -- An Oakland police officer is accused of shooting and wounding a man Friday morning. Police say the man confronted them with a knife, but the man's family is questioning whether the officers needed to use lethal force.

Police confirmed one of the officers at the scene was an officer in training.

The family of the man who was shot told ABC7 News he is in stable condition.

"They didn't have to shoot him. They could've Tased him, they could've used other force," Jenaeya Paul-Taylor said.

"They seen my cousin with a knife in his hand and they got into an altercation or something and I guess he wouldn't put the knife down so they shot him three times in his upper body," Taylor said.

"The officers were flagged down about a man armed with a knife acting erratically in the area. Officers located that person and approached them. A confrontation ensued and the officers discharged one officer, discharged their firearm at the subject," Ofc. Frank Bonifacio said.

Police said the two officers were in one patrol car. One was a training officer and the other was a recruit, who is a recent graduate of the police academy.

Investigators wouldn't say which officer fired, the veteran or the officer in field training.

Though she declined to speak with ABC7 News, a witness said Pollard's mother begged the officers to Tase her son, not shoot him.

"I don't see why they had to take it there, really because he's at home, like he couldn't be too much in harm's way," Toniesha Odom said.