Bay City News
SAN JOSE, Calif. -- Another measles case has been reported in Santa Clara County. It's the third Bay Area case in less than a week, and the second for the South Bay.

The public risk from the case is very low, according to the county, which is contacting everyone who may have come into contact with the person.

RELATED: Officials: Santa Clara Co. tourist with measles may have been contagious

This new case is unrelated to one reported on Tuesday involving an international traveler who visited 20 locations in the county last week.

Between March 16 to March 22, the tourist visited stores and restaurants in eight South Bay cities. We've listed all the locations below.

Another measles case was reported in Alameda County on Thursday after finding out a patron with measles was at the "Sauced" restaurant in Livermore Saturday.

A source told ABC7 News the patron was a man. He was passing through and stopped for dinner at Sauced. He also didn't live in this county.

Sauced, meantime, issued a statement, saying quote, "we have contacted all of our staff and there is currently no risk in our restaurant."

RELATED: Public health warning after man with measles has dinner at a popular Livermore restaurant

Santa Clara County public health officials said the rate of measles vaccination in Santa Clara County is very high, so most people are protected from the infection. People with weakened immune systems or unvaccinated children are at higher risk.

County Health Officer Dr. Sara Cody said to call a doctor immediately if anyone who may have contracted measles experiences fever, cough, red eyes, runny nose and a rash beginning on the face.

Health officials also reminded anyone planning international travel to make sure they are up to date on their vaccinations.

The locations included in the first Santa Clara County warning are 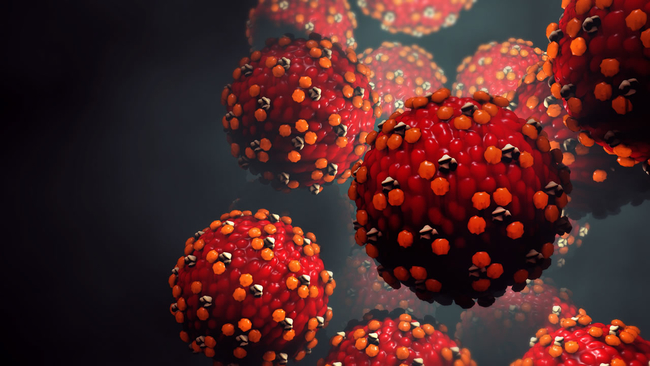 Officials: Santa Clara Co. tourist with measles may have been contagious
MEASLES
This vaccine could reduce 'severity and mortality' of COVID-19
Concerns about measles resurgence as vaccination rates plummet