ONLY ON ABC7NEWS. COM: Rental scams up in East Bay, more than 50 real estate complaints reported to the DA's office

KGO
By Luz Pena
OAKLAND, Calif. (KGO) -- We dug into the story of a Peninsula family duped out of $10,000 by a fake home rental. Now, we're digging deeper and finding more cases all over the Bay Area.

The Alameda County District Attorney is investigating dozens of similar cases in the East Bay.

EXCLUSIVE: South San Francisco family duped out of $10,000 by fake landlord says he contacted them again about new place

Property manager Daniel Bo found two of his listings posted by a fake landlord on Apartments.com.

This property manager found two of his rentals posted by a fake landlord. A prospective tenant fell for it:

“[tenant] gave out all of their personal information including social security number, pay stubs...”@abc7newsbayarea pic.twitter.com/ysR3sYdhqP

"Prospective tenants actually gave out all of their personal information including social security number, pay stubs and all that information," said Bo.

Bo's properties were in San Leandro and Hayward. The fake landlord was offering to rent them for $2,000 less than the original price.

EXCLUSIVE: Tracking down fake landlord who duped a South San Francisco family out of $10,000

"I don't know how but they basically took over our listing on those sites. Our actual listing didn't even show up on the sites that we expected for them to show up and the fake one was there in its place," said Bo.

"Investigators here investigate those crimes and often we see a pattern. Often times is people who are part of a bigger scam... they go from location to location," said Sabrina Farrell.

Farrell added, "If it's too fast. If you are feeling pressured to enter into this transaction, if they are saying somebody else is getting ready to rent right away you have to send the money and information right now."

How can you check that the realtor you are speaking to is a licensed real estate agent?

You can check the California Real estate website and type in their name. Remember if a posting sounds too good to be true, it probably is.
Report a correction or typo
Related topics:
san leandrohaywardsouth san franciscoexclusiverental propertyscamsrentsscamrental scamsfraudinvestigationrenters
Copyright © 2020 KGO-TV. All Rights Reserved.
RELATED
EXCLUSIVE: Bay Area family duped out of $10K says fake landlord contacted them again
EXCLUSIVE: Tracking down fake landlord who duped a South SF family out of $10,000
EXCLUSIVE: South SF family living in van after being duped by fake landlord back indoors 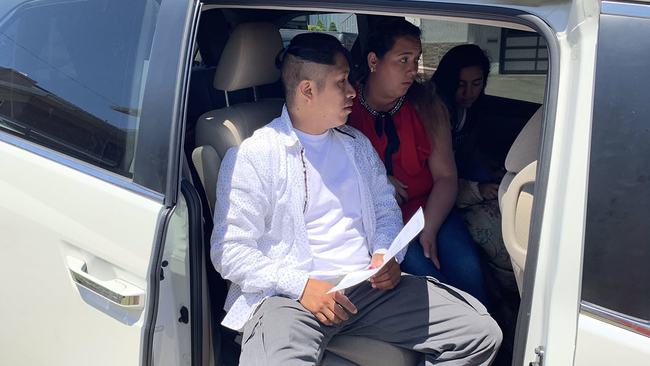