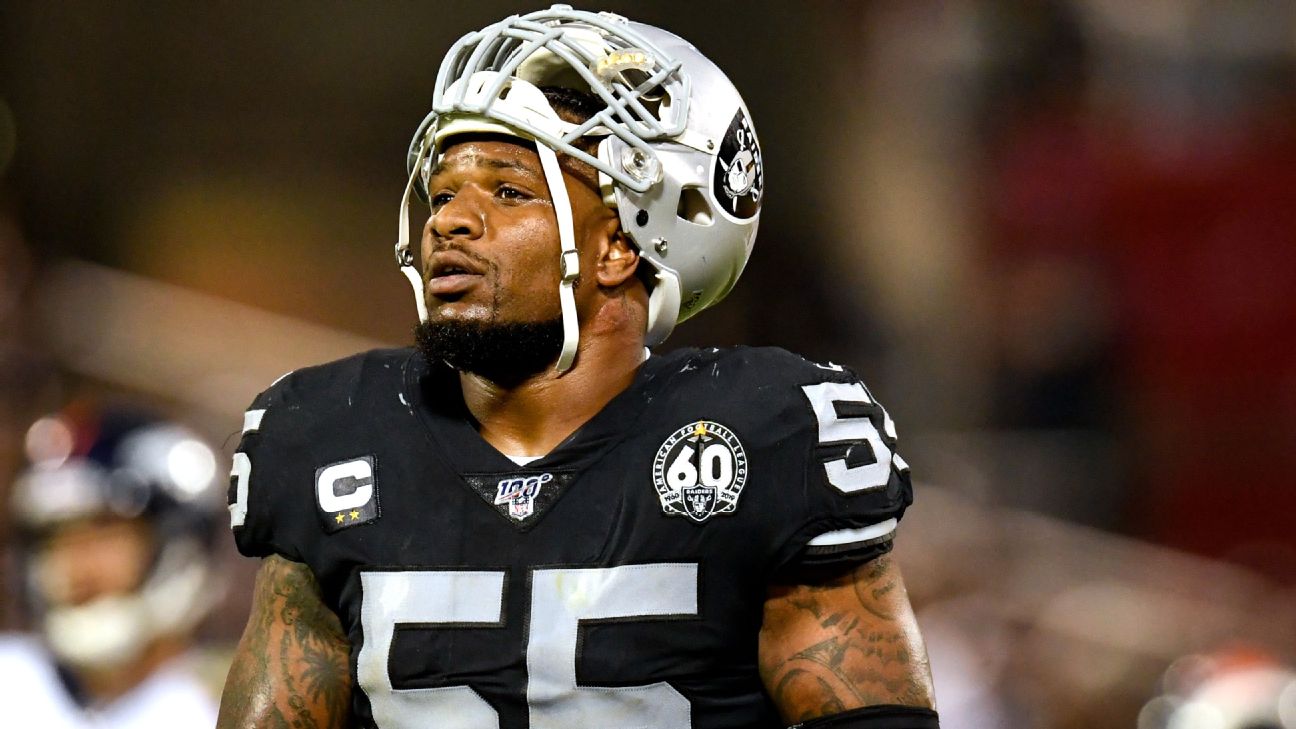 Oakland Raiders quarterback Derek Carr offered an impassioned defense of suspended middle linebacker Vontaze Burfict in London on Wednesday, and coach Jon Gruden told reporters he is "not happy ... at all" with the NFL's decision to sideline Burfict for the remainder of the season.

Carr said Burfict is "one of the most misunderstood people in the NFL" and had become one of his favorite teammates in their short time together.

"I don't think he was trying to hurt that man; the man was going down," Carr said of Burfict's helmet-to-helmet hit on Indianapolis Colts tight end Jack Doyle on Sunday, which triggered the suspension a day later. "You see it all the time -- there's flags flying everywhere.

"We see other people choking people out, and they're going to play this Sunday. We see other people hitting people in the helmet, and they're going to play this Sunday. And Vontaze Burfict won't play the rest of the year? I think that's a little excessive, if you ask me. I don't think it's fair, if we really got to know the guy. If the people making the decision really knew the guy that we know, inside our building ... he's a great person, his heart is broken because he's not playing football. The guy just wants to play football. We don't get a lot of time to play this game in our lives."

"I know the history situation and all that kind of stuff," Carr said of Burfict's previous violations, "but this one, especially with what went on during the week, if we're going to be fair, we need to be fair with everybody."

"He knows how I feel -- it hurts our team really bad," Gruden said. "And I'm anxious to see what the appeal says. I'm not happy about it. At all. And I don't want to say anything else about it. I'm obviously upset about it."

Burfict was suspended without pay on Monday for "repeated violations of the unnecessary roughness rules" after lowering his head to initiate contact with Doyle on Sunday. Burfict's agent, Lamont Smith, told ESPN's Josina Anderson they are appealing the suspension and the hearing will "most likely be next Tuesday," saying the "12-game suspension is excessive and the play that triggered the suspension was a football play."

Derrick Brooks or James Thrash will be the appeals officer for the hearing.

Burfict was initially assessed a 15-yard penalty on the play but, after a call from the league office, he was ejected from the game.

"There were no mitigating circumstances on this play," Runyan wrote to Burfict, explaining the suspension. "Your contact was unnecessary, flagrant and should have been avoided. For your actions, you were penalized and disqualified from the game."

Burfict, who has led the NFL with 23 personal fouls and 15 flags for unnecessary roughness since entering the league in 2012, had 13 suspensions and fines in seven seasons with the Cincinnati Bengals before joining the Raiders as a free agent this offseason.

He has been fined $469,118 for on-field violations in his career, the most of any player since 2013, and forfeited approximately $3.7 million in game checks due to suspensions.

"Following each of your previous rule violations, you were warned by me and each of the jointly-appointed appeal officers that future violations would result in escalated accountability measures," Runyan wrote. "However, you have continued to flagrantly abuse rules designated to protect yourself and your opponents from unnecessary risk.

"Your extensive history of rules violations is factored into this decision regarding accountability measures."

Burfict did successfully appeal a five-game suspension down to three games in 2017.

Raiders linebacker Tahir Whitehead assumed the role of defensive playcaller by wearing the "green dot" communications helmet after the ejection of Burfict, who was voted one of five team captains. Whitehead said his versatility had him ready to move from outside linebacker into the middle of the defense when the Raiders play the Chicago Bearson Sunday at London's Tottenham Hotspur Stadium.

Whitehead, who wore a hat with Burfict's No. 55 on it when addressing reporters Wednesday, compared Burfict to a "brother."

"Understanding and knowing how hard he worked, with the perception that was out there about him, how hard he worked to not be that guy, it's really frustrating for me to see the penalty that's been handed down to him," Whitehead said. "Just have to step it up. We all have to chip in, pull it together and make sure that we play for him now. Just play hard, the way he played the game, making sure that we're pulling in the same direction." 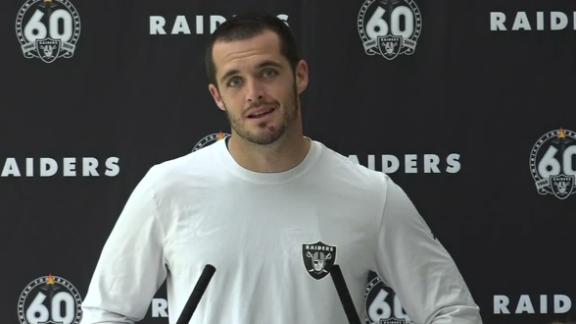