Man hospitalized with severe burns after 2-alarm fire in Vallejo 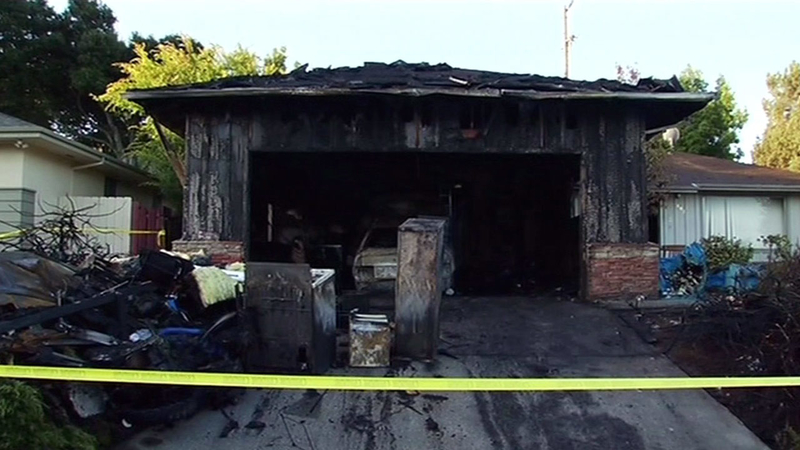 VALLEJO, Calif. (KGO) -- A man has been hospitalized with second-degree burns after a two-alarm house fire in Vallejo. The fire erupted early this morning on Valle Vista Avenue and North Camino Alto.

Officials believe a man was a working on a car in the garage when the fire erupted and quickly spread.

Neighbors were concerned the fire would spread to their homes, especially since the wind was blowing the flames. The man tried to put out the fire himself before help arrived. Crews say they were lucky enough to save part of the house. Crews worked quickly to contain the two-alarm fire to keep it from spreading to other homes. However, the damage is pretty extensive to this home estimated to be more than $200,000.

Battalion chief says cause of fire most likely due to man welding gas tank in garage . Damage est more than 200k pic.twitter.com/TtcawCKQ6d

The cause of the fire has not been officially determined, but the battalion chief said what most likely started it:

"Someone was working on gasoline tank; I believe they said they were welding on it," said Vallejo Fire Department Batt. Chief Dave Urrutia.

Angelina Garcia noticed the flames from her bedroom window across the street at 12:30 a.m.

"I woke up because flames came roaring up out of the thing. I heard him yelling for her to get out of the house," said Garcia.

Garcia says having survived a house fire themselves -- they sprang into action to protect their property.

"My husband was spraying the car and grass -- it was a big fire," said Garcia.

Garcia called for help as says her neighbor tried to put out the fire himself. He was taken to the hospital for second to third degree burns as a result. Another woman inside the house made it safely out with her dog and cat. Garcia is relieved everyone is alive.

"I thought his son was in there, but he was with grandma at another family member's home," said Garcia.

Crews have been on scene all morning to make sure there weren't any more hot spots. They hauled out a lot of the burned items out of the garage as well. The home has been red-tagged.