ABC Daytime: Back on Broadway 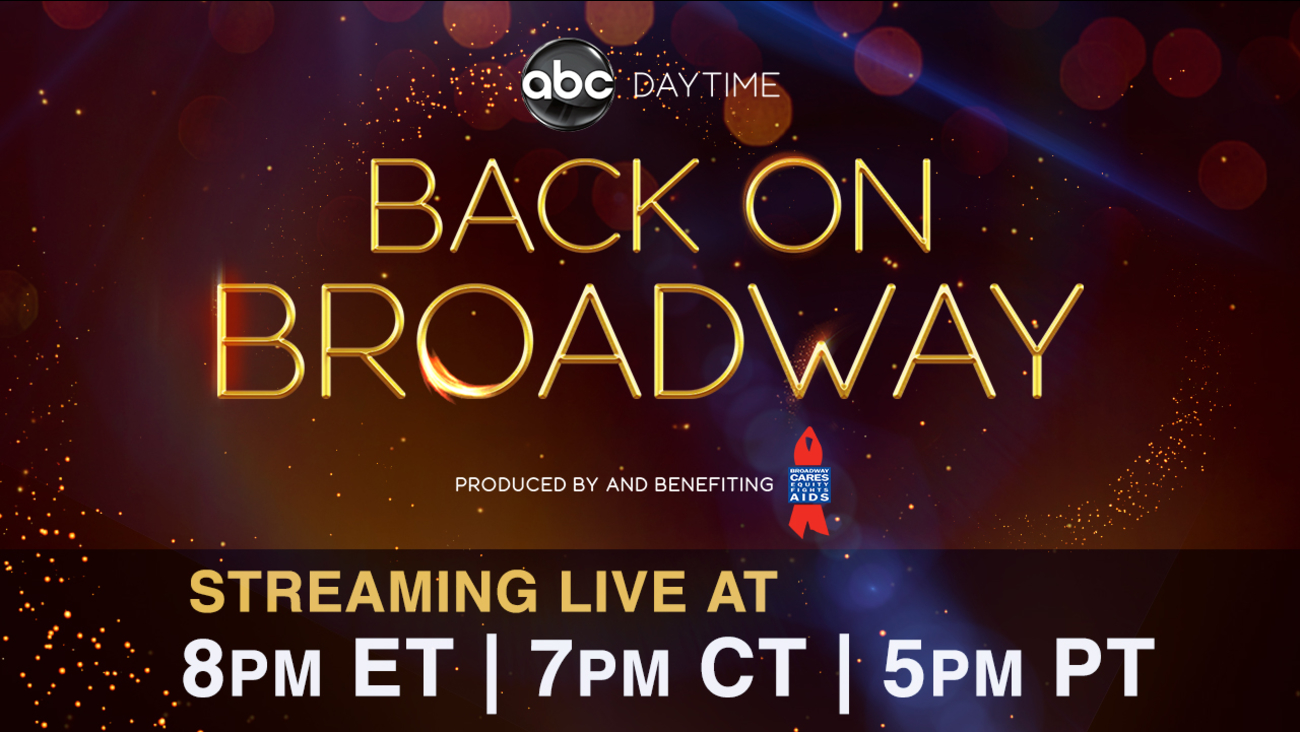 NEW YORK -- Beloved stars from All My Children, One Life to Live and General Hospital reunited on Thursday for ABC Daytime: Back on Broadway, a one-night-only streaming concert benefiting Broadway Cares/Equity Fights AIDS.

To make a donation, visit broadwaycares.org/abcdaytime.

"This event is truly one of a kind," Broadway Cares Executive Director Tom Viola said. "We are so thankful to the stars from ABC Daytime for joining us again as we relive moments from this delightful tradition, while helping to provide lifesaving medication, healthy meals and emergency support to those struggling during this ongoing pandemic."

The private video chats, similar to FaceTime calls and handled through the Looped app, will be on February 13.

From 2005-2011, the stars of ABC Daytime took the stage at New York City's Town Hall one night each year for ABC Daytime Salutes Broadway Cares. The evening featured dynamic production numbers, heartfelt ballads and hilarious skits. Now, 10 years after that final performance, the iconic ABC Daytime actors revisit their performances as they help raise money for those impacted by the COVID-19 pandemic.

"It was such an incredible privilege and joy to join my fellow co-stars to perform in the seven ABC Daytime Salutes concerts to benefit Broadway Cares/ Equity Fights AIDS," said former All My Children star Susan Lucci. "There are no fans like ABC Daytime fans. Their love and support continue to astonish us. We can't wait to share these special performances with them and help raise money for so many in need during this difficult time."

The streaming event will be directed by John Dietrich, who also directed each of the live stage performances.