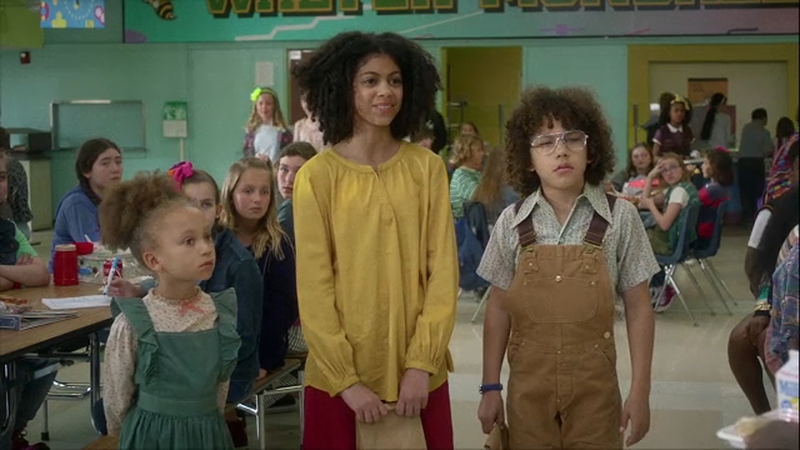 LOS ANGELES -- Each summer the nation's TV critics gather in LA to question those who produce and star in hundreds of shows, during an era that's been called "Peak TV," because so much is available.

Millions of Americans are enjoying the lazy, hazy days of summer vacation, but ABC stars are busy filming new episodes to have them ready when the fall season begins a month and a half from now.

For the cast of Black'ish, summer vacation is over! "It's like a wonderful family reunion," Marsai Martin told me. The young actress, who plays Diane Johnson, says she's happy to be back at work for season 6 of the hit show. This fall, her series will be preceded on Tuesday nights by a spin-off called Mixed'ish. The new series - set in 1985 - tells the back story of the character played by Tracy Ellis Ross, who narrates the action.

Her younger self is played by Arica Himmel from Manhattan. "This is my first real job being in this TV show," she told me at an ABC party in LA last week. "And, being here with all these people who I recognize from TV. It's so amazing, and I really love this."

With so many TV shows competing for your attention, events like this meet and greet have become more important and more elaborate, which is why most of the ABC stars were there. "Is this work or play?" Allison Tolman wondered aloud, responding, "It's a good mix of both."

Tolman stars in Emergence, set on Long Island, but filmed in New Jersey. It's a supernatural thriller that is one of just three, new, primetime series on ABC. Stumptown is another. Cobie Smulders stars as an investigator with plenty of personal demons. "It's trailblazing," said the head of ABC Entertainment, Karey Burke, "We've never seen a woman like that before: deeply flawed."

Burke, is emphasizing quality - not quantity. "What we tried to do was: have some restraint, not pick up everything, but really pick up the shows that we felt absolutely could be game-changing for us."