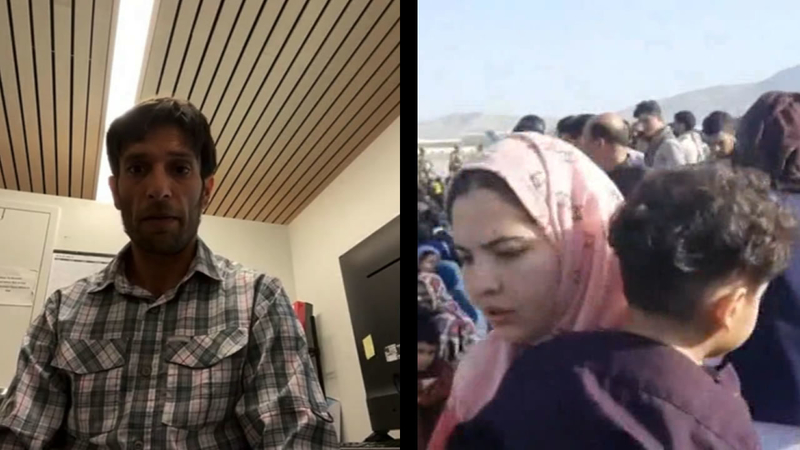 Former interpreter explains fate for Afghans who assisted US

SAN FRANCISCO (KGO) -- Many charities are jumping into action to help Afghans who helped the United States, who are now in danger of Taliban retaliation.

Ismail Khan is a former interpreter for U.S. troops in Afghanistan who worked with the U.S. Army from 2006 until 2012 as a translator.

He is now the SIV (Special Immigrate Visa) Ambassador for the Seattle nonprofit, No One Left Behind.

Monday, he joined ABC7 News anchor Kristen Sze on our program "Getting Answers," to discuss how they are getting interpreters out of Afghanistan.

"It's a nightmare," he said. "We never thought it would come to this."

Khan explains that the situation is direly urgent, detailing how any Afghans who helped the U.S. are at risk of being killed by the Taliban.

And It's not just the interpreters.

"Cooks, cleaners, there are security guards, there are mechanics, there are laundry guys. There are a lot of people that worked with U.S. forces and not only their lives, but their family's lives are also in danger."

Thousands packed into the Afghan capital's airport on Monday, rushing the tarmac and pushing onto planes in desperate attempts to flee the country.

He says even he was warned that being an interpreter for U.S. troops could one day get his family and friends into trouble.

That reality, working tirelessly to ensure all these people can leave the country alive. Like the name of his nonprofit, "No One Left Behind."

Exactly how many people is this? Khan believes it's more than 60,000 who need to get out "right now." But the Biden administration has only approved visas for about 5,000, leaving tens of thousands to a potentially deadly fate.

"Their lives are in danger because of their service to the U.S. Army," Khan said.

And even if his organization can get approval for more people to obtain visas, it's a lengthy process. He says sometimes it takes ten to 15 years.

"People are going to die," Khan said. "They are going door-to-door to slaughter those who raised their hand and wanted to help."

He says he hasn't slept in days, as he receives floods of calls and emails for help.

His own family is in four separate locations in hopes of surviving.

Khan and No One Left Behind are doing all they can, but time is running out.

He says in the meantime we need to push to at the very least, get these people out of kill zones.

"They're dying, they're begging for help. We should stand up and do something about it. It's a matter of life and death."

Watch the full interview above to hear more about the efforts of No One Left Behind and what you can do to help.