Alec Baldwin responds to claims that the 'Rust' set was 'chaotic' 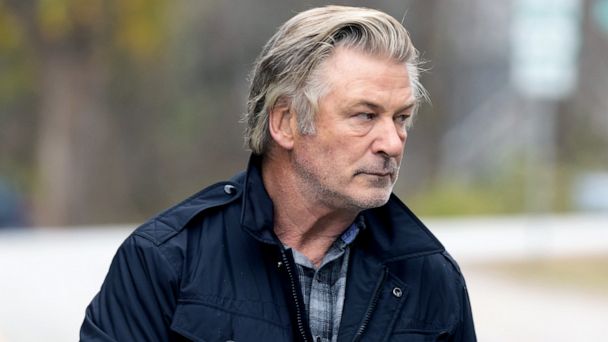 Alec Baldwin has spoken out again about the fatal shooting of cinematographer Halyna Hutchins on the "Rust" set in October.

Some crew members have described the fatal incident as the result of unsafe work conditions, long workdays, insufficient housing accommodations and unqualified hires.


But in a statement shared to Instagram on Thursday, Baldwin and some of the other "Rust" cast members denied claims that the film set was "a representation of the kind of conditions our unions are fighting against."

Baldwin, who was serving as an actor and producer on the project, previously told ABC News he hadn't been made aware of such allegations, nor did he believe the set to be unsafe.

"The descriptions of Rust as a chaotic, dangerous, and exploitative workplace are false and distract from what matters most: the memory of Halyna Hutchins, and the need to find modern alternatives to outdated industry firearm and safety practices," Thursday's statement read. "While it is true that a few crew members quit prior to the accident, the vast majority of us remained, never feeling the need to protest or quit. We were enjoying our workplace. Those disgruntled few do not represent the views of all of us."

During a "Rust" rehearsal on Oct. 21, Baldwin, 63, was holding an antique Colt .45 revolver, when a live bullet discharged, killing Hutchins and wounding director Joel Souza. The actor told ABC News that the film's first assistant director, Dave Halls, handed him the prop gun, noting, "This is a cold gun" -- a phrase used on sets to indicate that a weapon is empty or loaded with a "dummy" round. Lisa Torraco, a lawyer for Halls, has said that Halls was not responsible for checking the gun, nor would she confirm whether Halls handed it to Baldwin.

Halls told investigators in a sworn affidavit that Hannah Gutierrez Reed, the film's 24-year-old armorer and prop master, opened the firearm used by Baldwin, but he could only remember seeing "three rounds" and that "he should have checked all of them, but didn't." Halls also told investigators he didn't know there were any live rounds in the firearm he gave to Baldwin, according to the affidavit.

Baldwin said he needed to cock the gun to get the shot required for the film, but not fire it.


"The trigger wasn't pulled. I didn't pull the trigger," he said.

Torraco corroborated Baldwin's account to ABC News, noting that Halls told her, "The entire time Baldwin had his finger outside the trigger guard parallel to the barrel ... Alec did not pull that trigger."

Since the incident, Baldwin has been named in two civil lawsuits, including one that accused him of "playing Russian roulette" by pointing the gun toward Hutchins. Santa Fe District Attorney Mary Carmack-Altwies also told ABC News that criminal charges regarding the incident were "on the table," though Baldwin said he'd heard "it's highly unlikely that I would be charged with anything criminally."

Now, he's consumed by what happened and "can't imagine" making a movie with guns in it again.