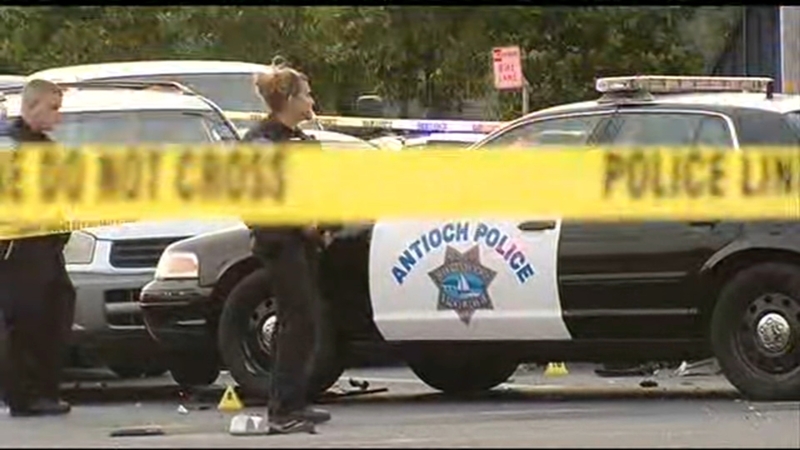 ANTIOCH, Calif. (KGO) -- City officials have talked about it all year and now the City of Antioch could take action on controversial and potentially deadly police restraint tactics like the knee to the neck technique.

The mayor will propose a ban on the tactics to the city council Tuesday night.

ABC7 News Reporter Amy Hollyfield was in Antioch Monday and spoke with the mayor.

The proposal would ban police techniques that can cause asphyxiation, like applying a knee to a person's neck. The death of Angelo Quinto in December really brought the issue to the forefront in Antioch. The 30-year-old was restrained for several minutes until he lost consciousness.

Family members of Quinto, a Navy veteran, say a police officer pressed their knee to his neck for nearly five minutes during a mental health crisis. A federal lawsuit was filed earlier this year against the city of Antioch, its police chief and four police officers.

Quinto lost consciousness and was taken by ambulance to a hospital, where he died three days later.

Antioch's mayor does not anticipate a fight when it comes to passing this mandate.

"I haven't heard any push back yet. Most of the commentary we've gotten from public comment, and it's been ongoing since February, has been that we could easily vote on this," said Mayor Lamar Thorpe. "I thought it would come through our Police Oversight Committee, but it didn't, so I know many many residents have been frustrated at the lack of (action) from us not bringing this forward. So we're bringing it forward tomorrow."

The mayor said he cannot comment on the Quinto case because of the lawsuit.

Tuesday, Antioch police held a press conference about a wrongful death lawsuit filed by the family of a Navy veteran who died after officers allegedly placed him in an illegal chokehold.

The union representing police officers in the city sent a statement to ABC7 showing support for the mayor's proposal, saying the union does not advocate a knee to neck technique, calling it inappropriate, unacceptable and saying it should not be taught.

The proposal is set to be discussed at the city council meeting Tuesday night.