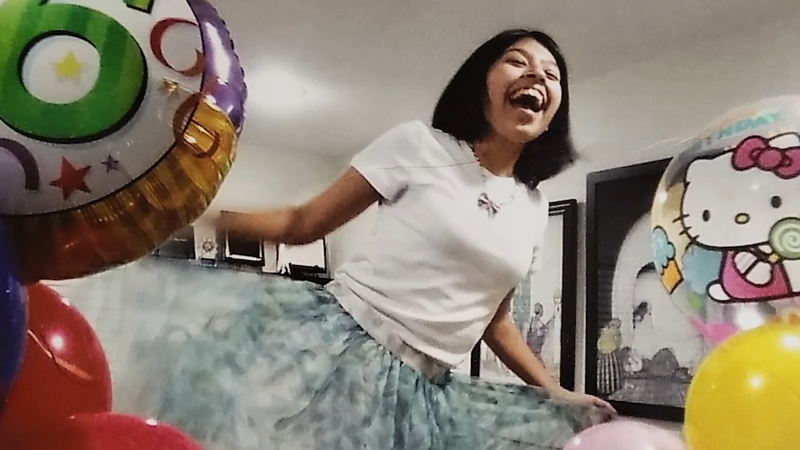 SAN FRANCISCO (KGO) -- With its sweeping highs and lows, the song "Angels Among Us" is a mixture of pain and healing. The lyrics were written by Dr. Robert Goldsby, M.D., a pediatric oncologist at UCSF. It was in that role that he met a 15-year-old patient named Celeste Arreola.

"So Celeste was a patient of ours who had a very brutal cancer in the stomach. And she endured very, very intensive therapies and very challenging surgeries all through it. She had this amazingly positive attitude of, of life," Dr. Goldsby remembers.

Celeste grew up in the Central Valley, where she was close with her family. An active spark, before her diagnosis.

"She was basically the glue and the whip. She would get us going into doing things," says her sister Catalina.

But soon, she would have to turn her energy toward chemotherapy and surgery, fighting a courageous battle against cancer that ultimately proved insurmountable.

"That's when they told me that her cancer was pretty much advanced, that it was very aggressive."

Dr. Goldsby says it was Celeste's courage, and that of other young patients, that inspired him to write the song "Angels Among Us." Colleagues with the UCSF Music Therapy program helped with the chords. But ultimately, Dr. Goldsby turned to a Grammy-winning Bay Area recording artist and music producer, Narada Michael Walden, to arrange and perform it.

"No matter what, just look to the children because they'll lead the way," Payson's mother said.

"So I made this part with his help, minor chords, for a very melancholy feeling," Walden explains, as he plays a riff from the song on the piano in his San Rafael recording studio.

"I loved it. It was, again, I just felt like it came to life. Narda brought it to life," says Dr. Goldsby, who accompanied Walden on the drums.

He says the song captures the spirit, of those who are with us, and those who are gone, and the goodness they leave in this world. Both men believe in the power of music. Narada Michael Walden mentors young musicians through his non-profit foundation, while Dr. Goldsby supports UCSF's Music Therapy program.

And along with Celeste's family, they're hoping the song will be a reminder at this time of year, of the spirit of healing and giving.

"The meaning of the song is how to live life and life should be full of love. And these angels among us, show us that every day," says Dr. Goldsby.

"It was perfect chemistry for us to do something nice together. Because he's an angel, and I'm an angel. I operate on that frequency," adds Walden.

Celeste's mother hopes others take away the same feeling.

"I personally hope that this song will let people know that there are angels among us that they love them and they still look up to them. And that they're there, we don't see them. Now we can feel their presence in so many ways," she says.

You can go to these sites you're interested in learning more about the UCSF Music therapy program and the Narada Michael Walden Foundation.