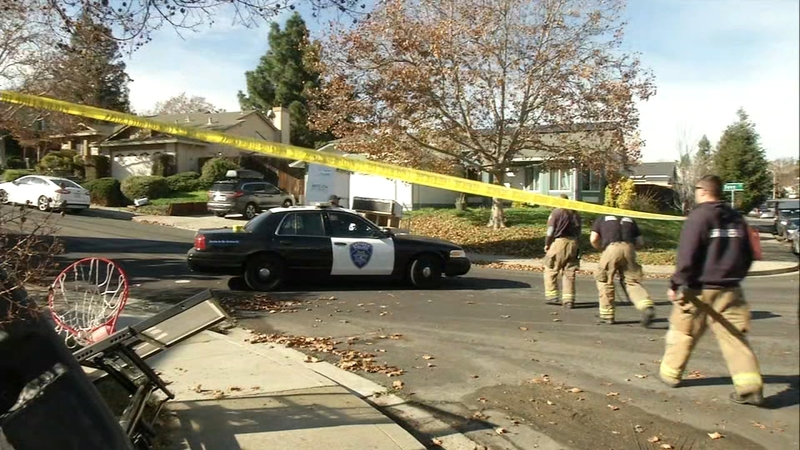 ANTIOCH, Calif. (KGO) -- We're learning more about a deadly standoff in the East Bay. It happened Friday in Antioch, where an armed man who fired a rifle at cars and houses was shot and killed by police after a tense standoff at the suspect's home which later caught fire.

A dramatic end Friday night, gunfire and a house fully engulfed in flames on Dove Court in Antioch. It's where police say a man barricaded himself after shooting at cars on the street earlier in the day.

"When officers arrived on scene, it was confirmed that the suspect was armed with a rifle and was actively shooting at cars and houses," said Antioch Police spokesman Darryl Saffold.

A man is dead after an hours-long standoff with police in Antioch near James Donlon Blvd. and Hummingbird Drive.

"Around one o'clock, I was doing laundry I heard three shots, I thought it was a firecracker," Sunga said.

Neighbors were told to shelter in place. Antioch Police said they tried to make contact with the suspect several times but the man continued firing at housing and toward officers, even bringing down a police drone.

"We saw everything on the news, when I found out it was my neighbor across the street, I said to my wife I feared it was him because of the blue truck," said neighbor Alejandro Canady.

Canady said his neighbor, a man in his 40s was always friendly, never angry or violent.

"With the pandemic, it affected people adversely, I don't know how it affected him or maybe he had other things going on in his life," he added.

After seven hours, police say the suspect set fire to the inside of the garage, flames soon engulfed the house.

"The house was on fire, oh my gosh, should I evacuate?," Sunga added.

The man later came outside where he was confronted by SWAT team members.

"After making contact with officers, they fired their weapons and the suspect was struck," said Saffold.

Police wouldn't say if the still unidentified man was armed or was brandishing a gun when he was shot. No officers were injured.

The Contra Costa County DA says her office is investigating.