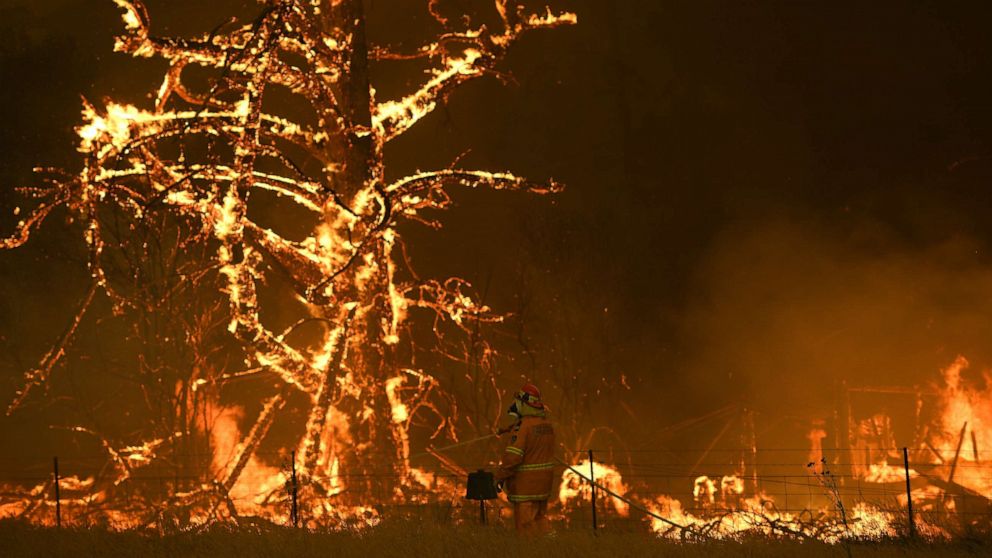 Australian Prime Minister Scott Morrison is justifying his stance on climate policies, despite bushfires raging throughout the country.

Hundreds of wildfires were burning in four states on Monday, which have been burning for months, The Associated Press reported. In New South Wales alone, 94 fires were burning as of Monday night local time, with 58 yet to be contained, according to the state's Rural Fire Service.

Morrison responded to criticism that his conservative government has not made adequate actions to combat climate change, including his refusal to downsize the coal industry in the country, which is the largest exporter of coal and liquefied natural gas, according to AP. The prime minister said Monday that Australia would still meet its emissions targets.

"I am not going to write off the jobs of thousands of Australians by walking away from traditional industries," Morrison told Australia's Channel Seven, according to AP.

Morrison also dismissed teen climate advocate Greta Thunberg's call for political action in the country, telling reporters in a press conference Monday, "It's not for me to make commentaries on what those outside of Australia think that Australia should do. We'll do in Australia what we think is right for Australia. And that has always been my guiding principle," according to The Australian.