BART 'retires' troubled car to make room for new ones

HAYWARD, Calif. (KGO) -- The promise of 775 new BART cars coming online in the next few years means that the old cars that many passengers complain about will be phased out. The first one to be de-commissioned left BART's Hayward yard on Friday for a recycling center in Oakland.

It's never been done before. How do you move a 40-ton BART car and place it on a flatbed truck? Car #2528 is the first of 669 cars that will be de-commissioned over the next four years as a new generation of cars come online.

The car was put into service in 1995 and retired 19 years later, racking up 2.2 million miles. It was chosen to be first because of its troublesome history.

"This was a car that continually came into the shop, was repaired and was sent out again, and it would break down like an hour later," said BART spokesman Jim Allison.

However, car #2528's history is also blemished by an incident in 2013 when two BART employees were struck and killed by this same car while adjacent to the tracks during a strike. The car was dubbed the "death car" by the maintenance team at the system's Hayward yard.

RELATED: BART seeking buyers for hundreds of old cars going out of service

A total of 10 cars have been sold to Schnitzer Steel in Oakland for recycling. It's estimated that 44 percent of the cars can be recycled.

BART is in the process of trying to determine the value of the vintage cars, some of which have been in service since the early 1970's. Car #2528 was valued at zero because its wheels and other components have been salvaged to repair similar cars until they're retired. Cars that were purchased with federal funds require the government to get 70 percent of its sale value. 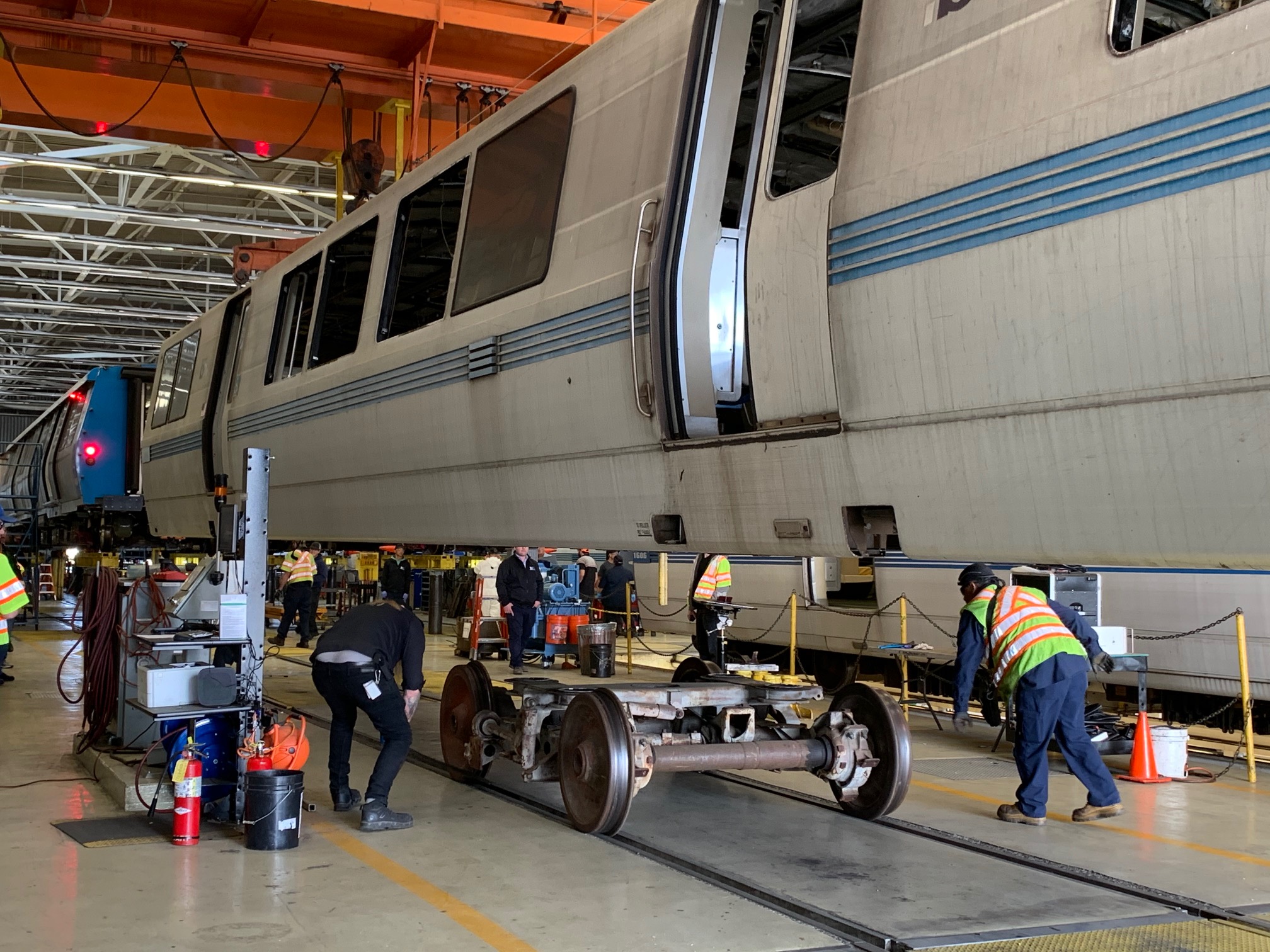 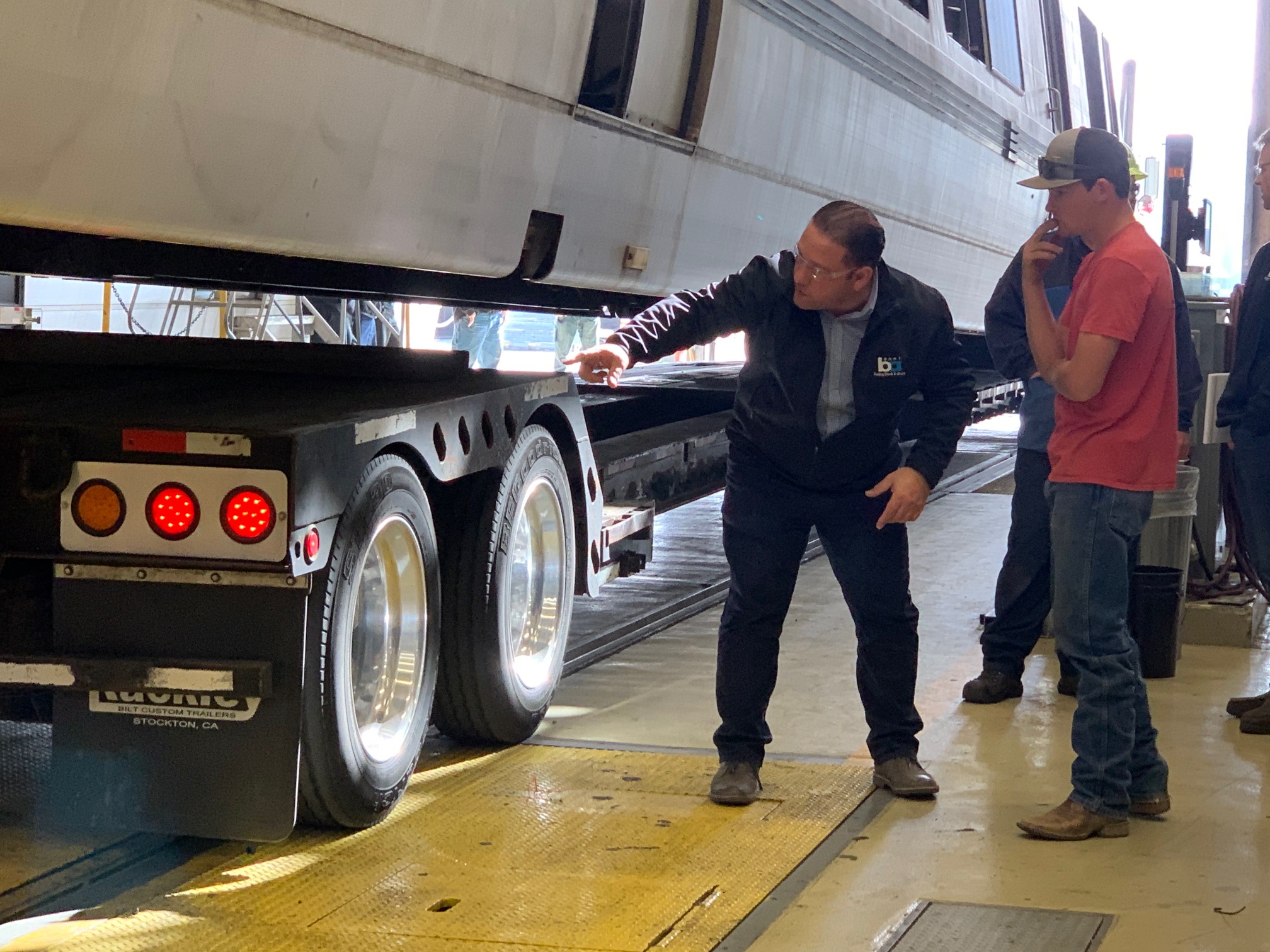 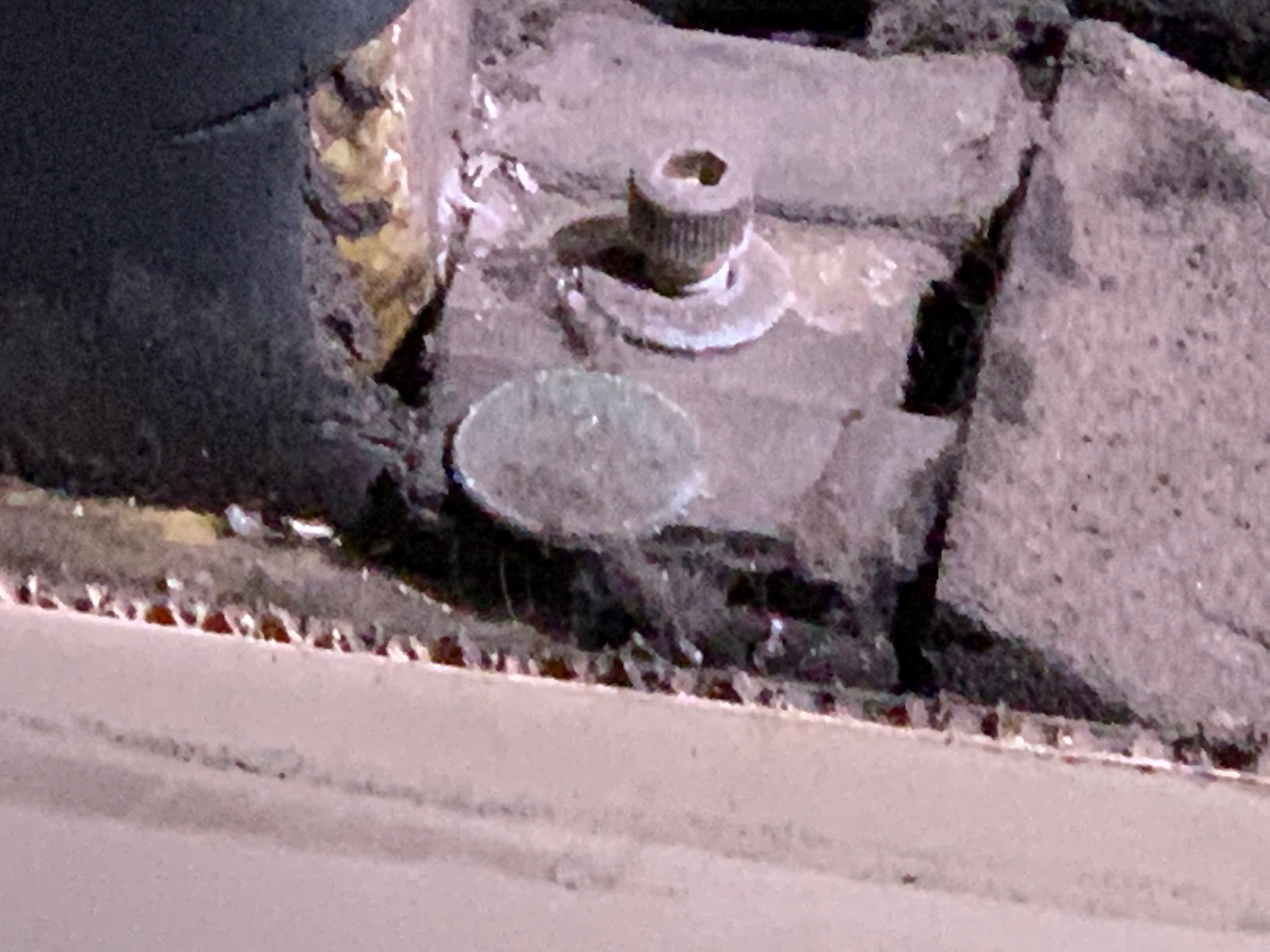 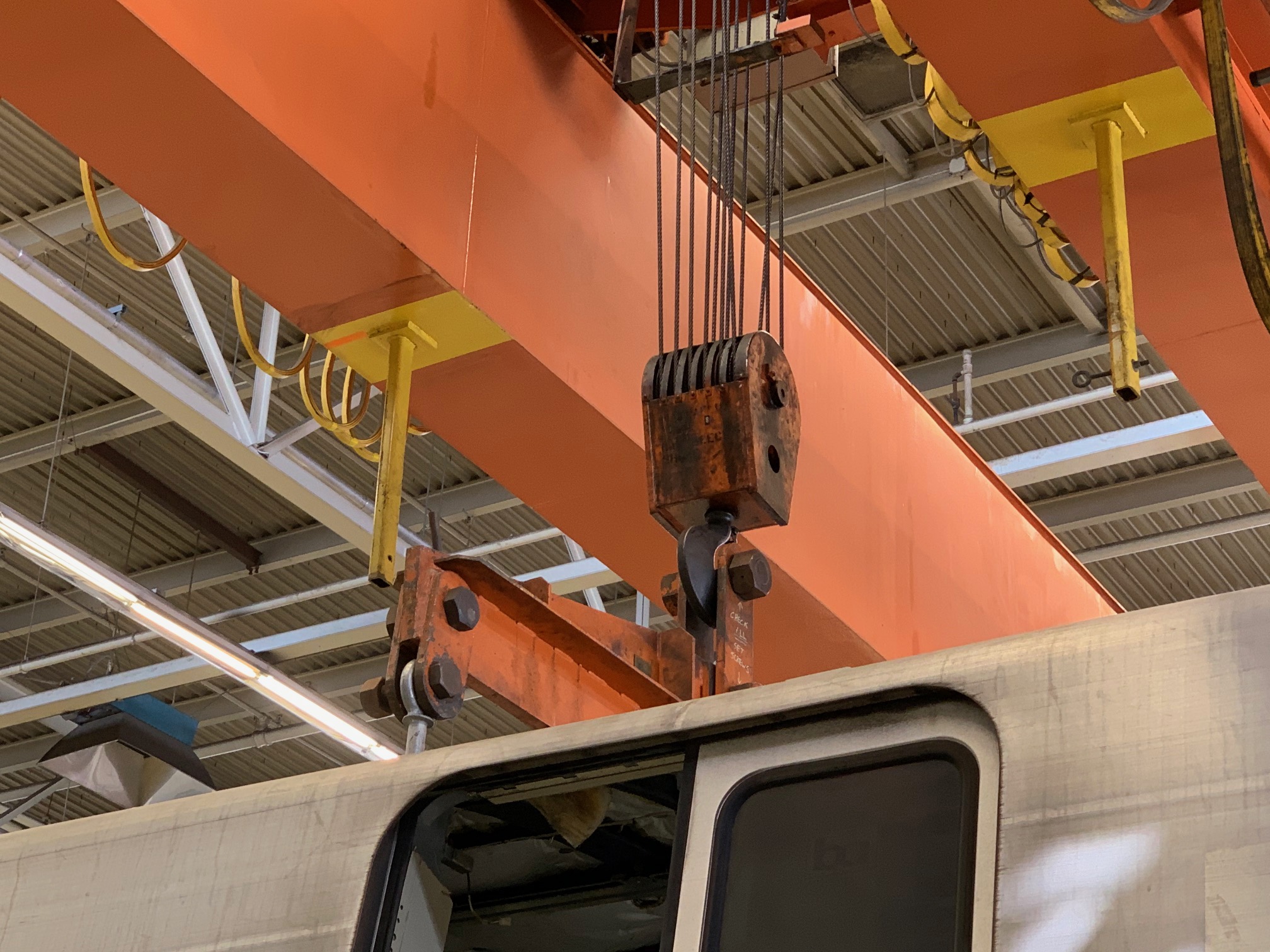 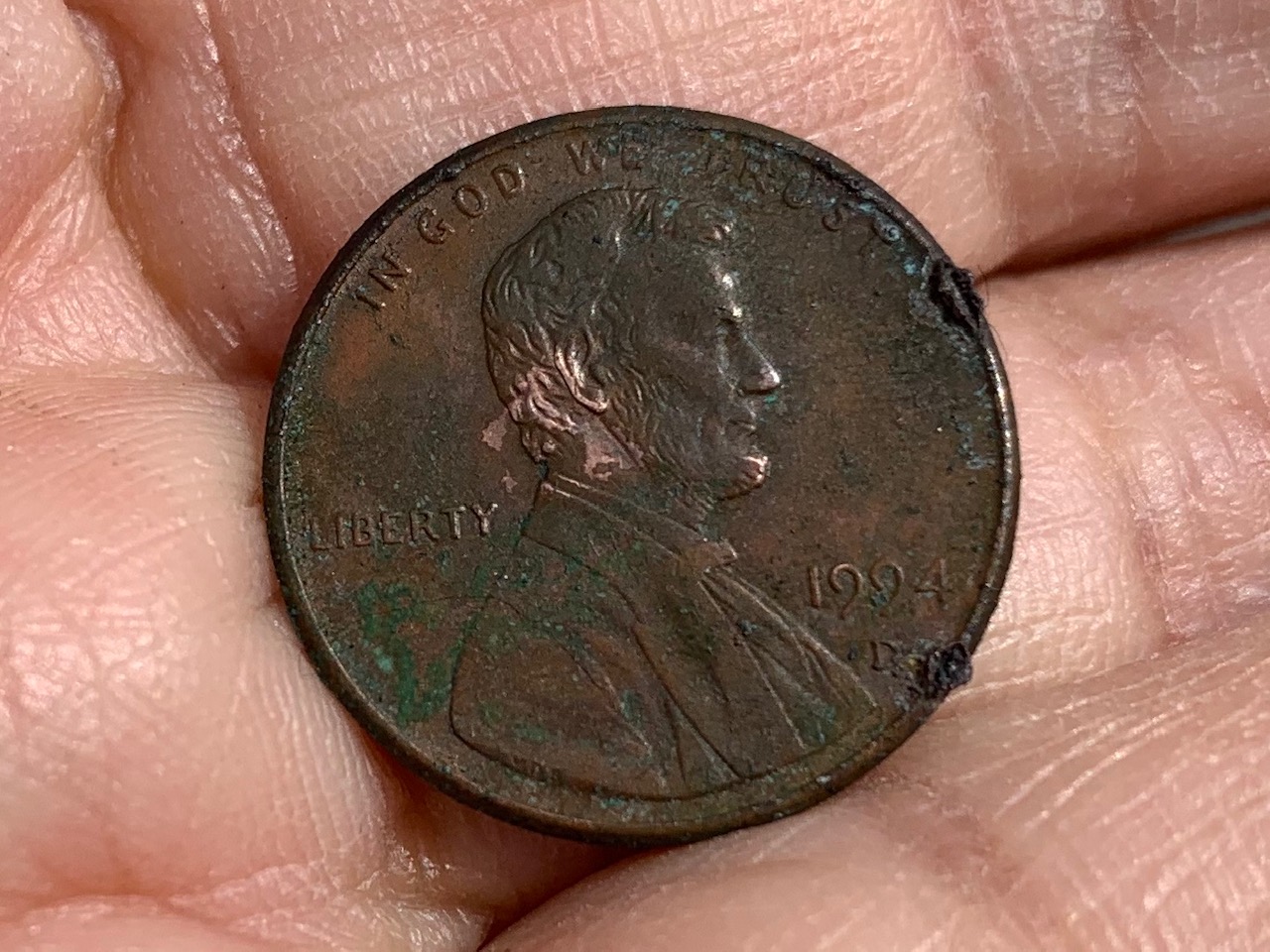 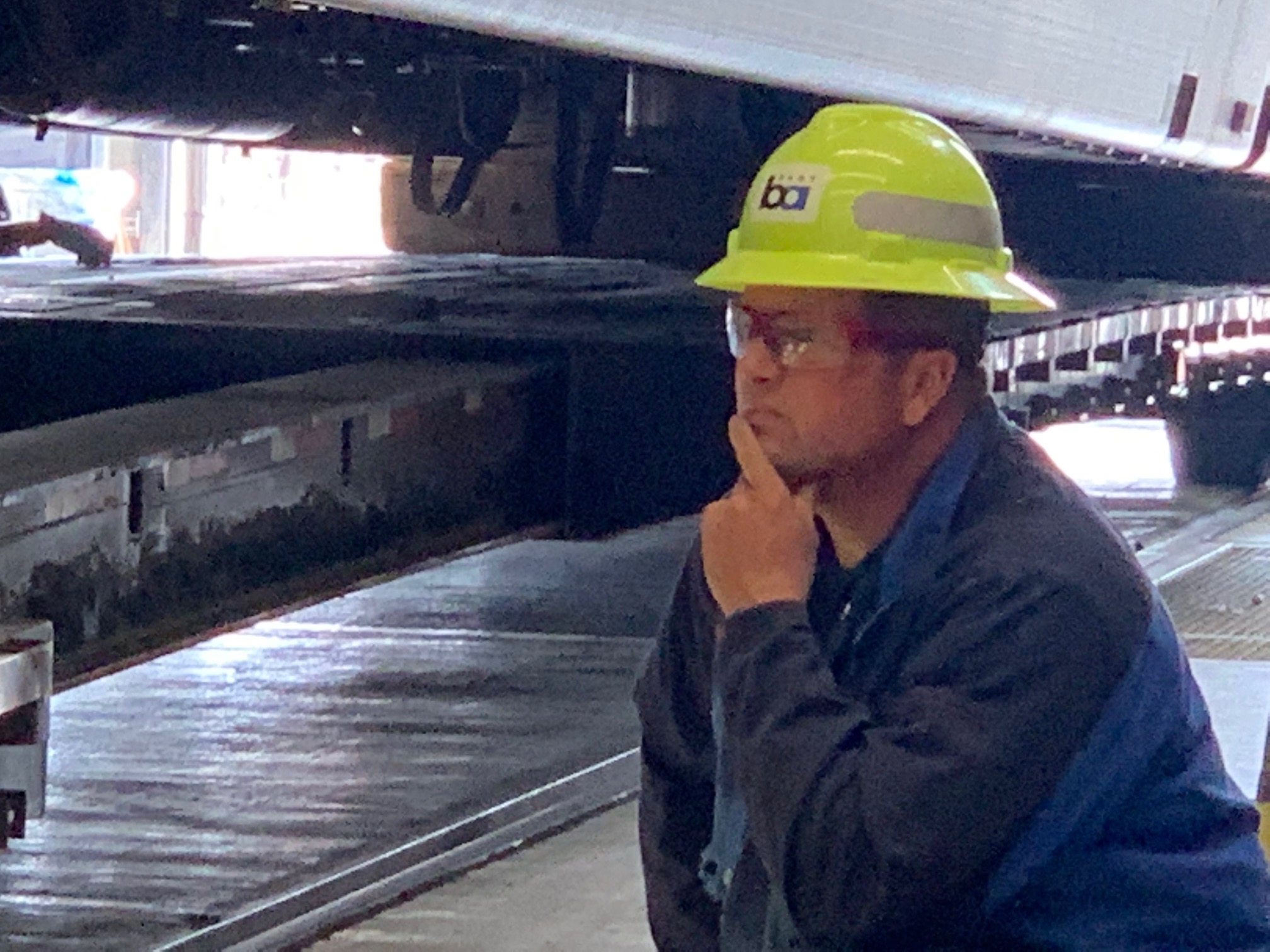 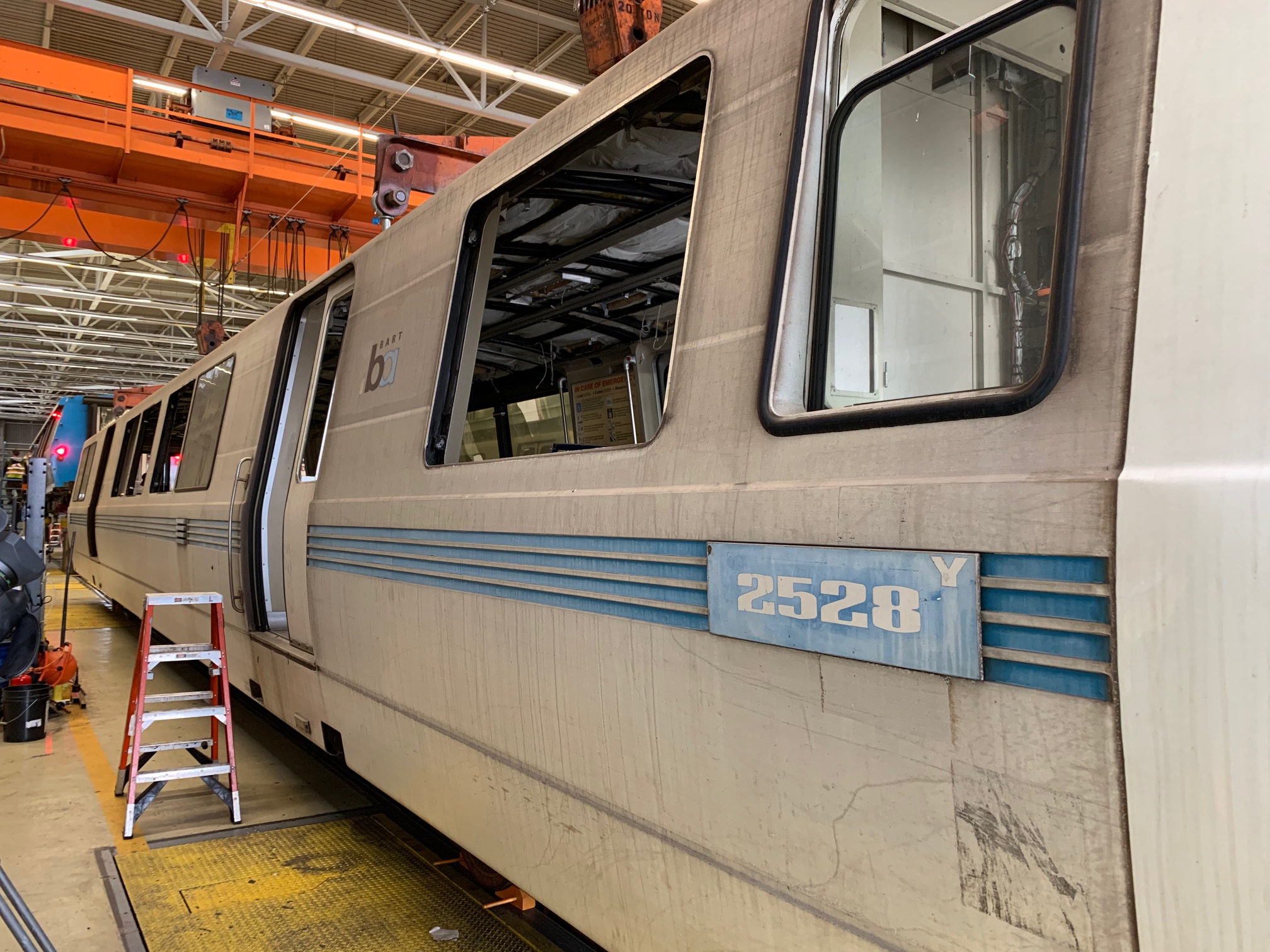 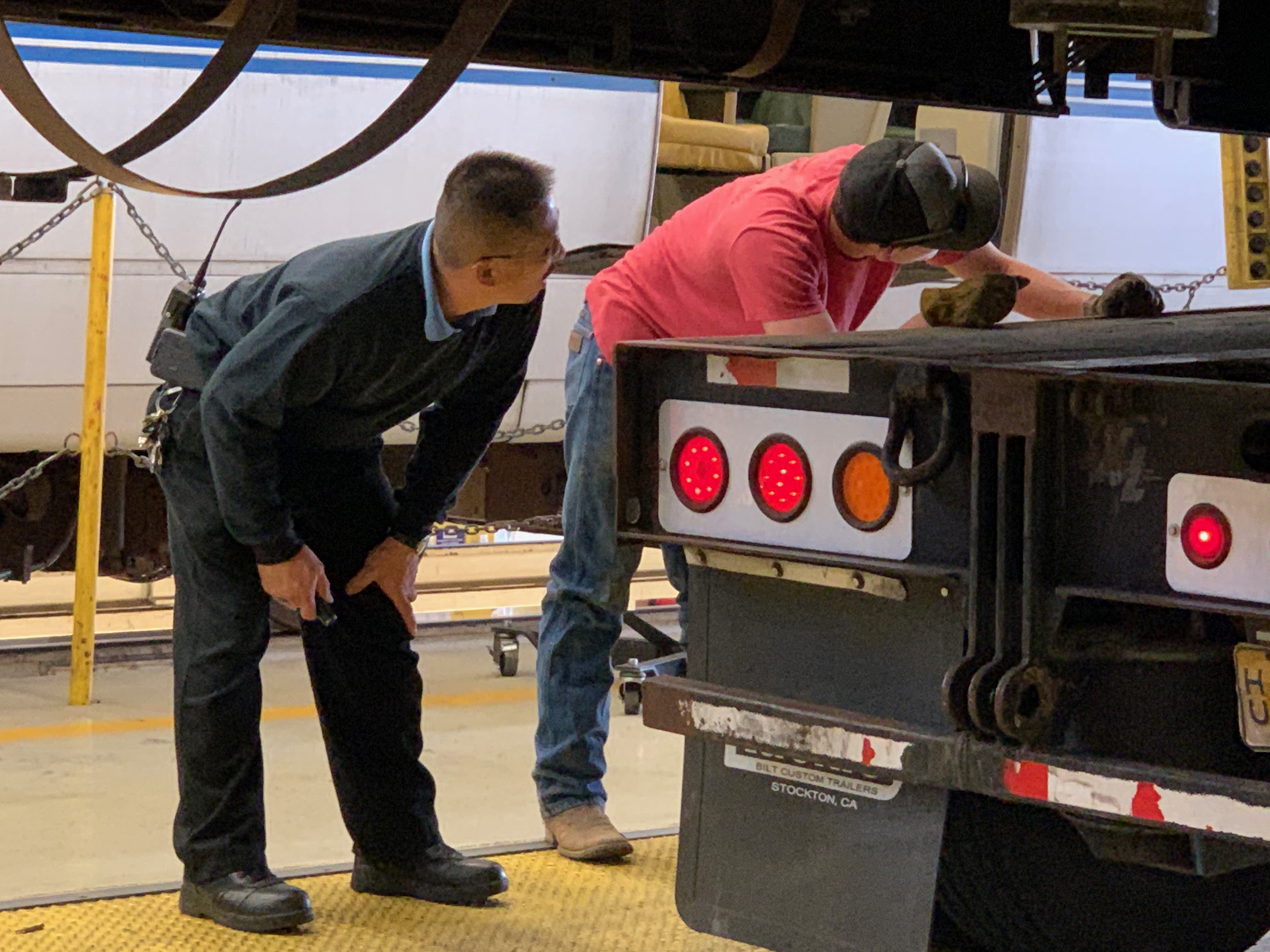 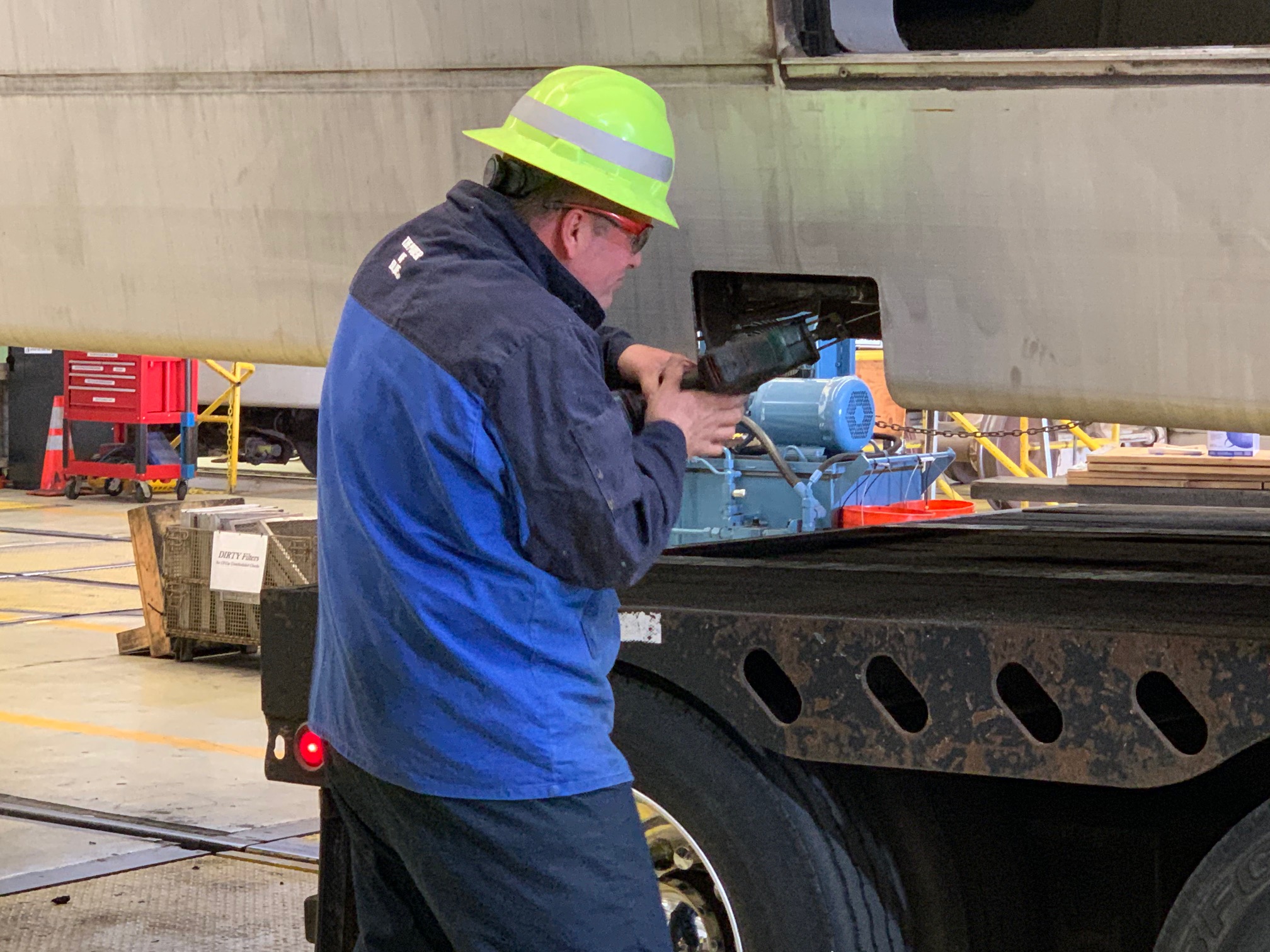 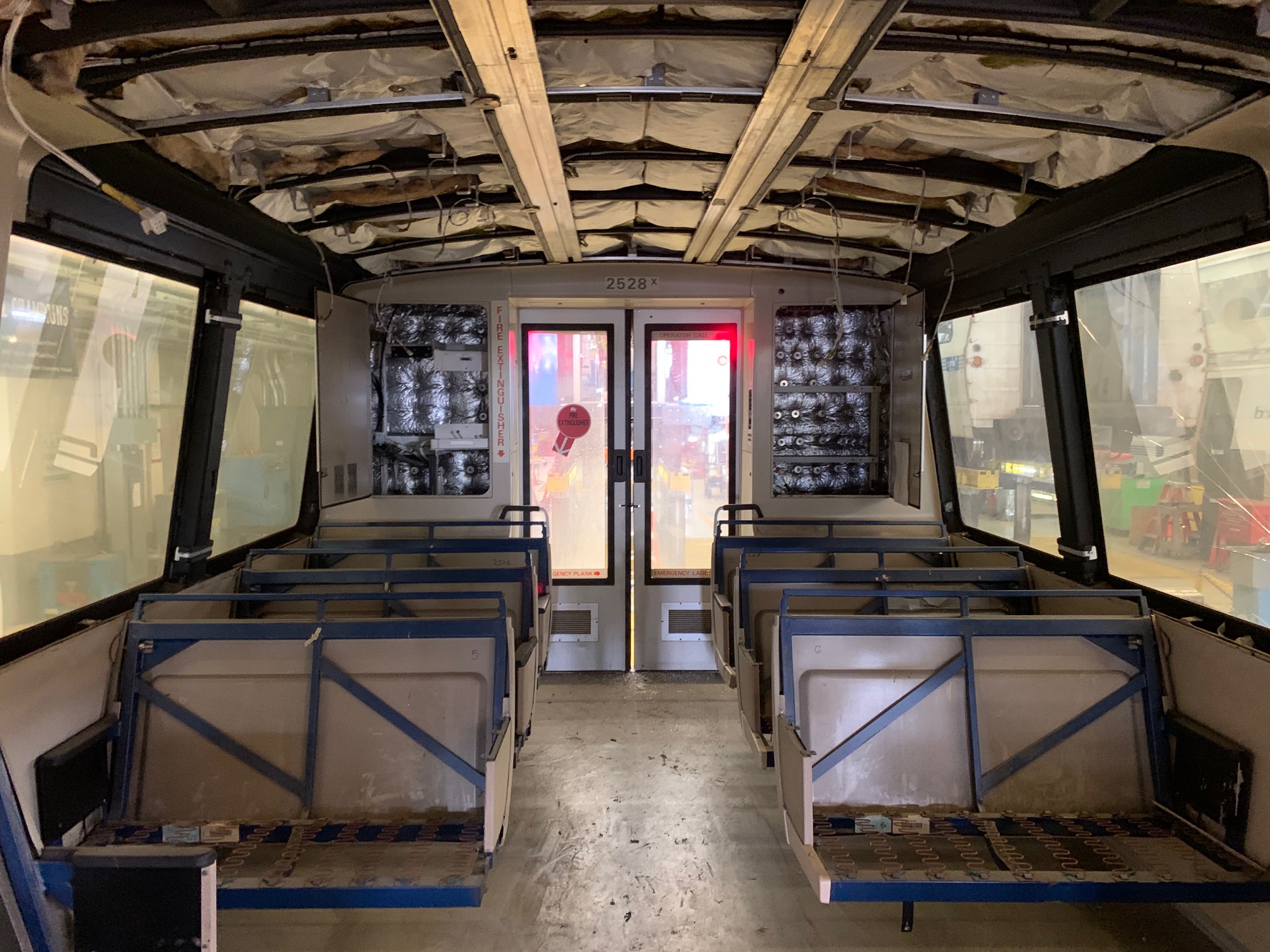 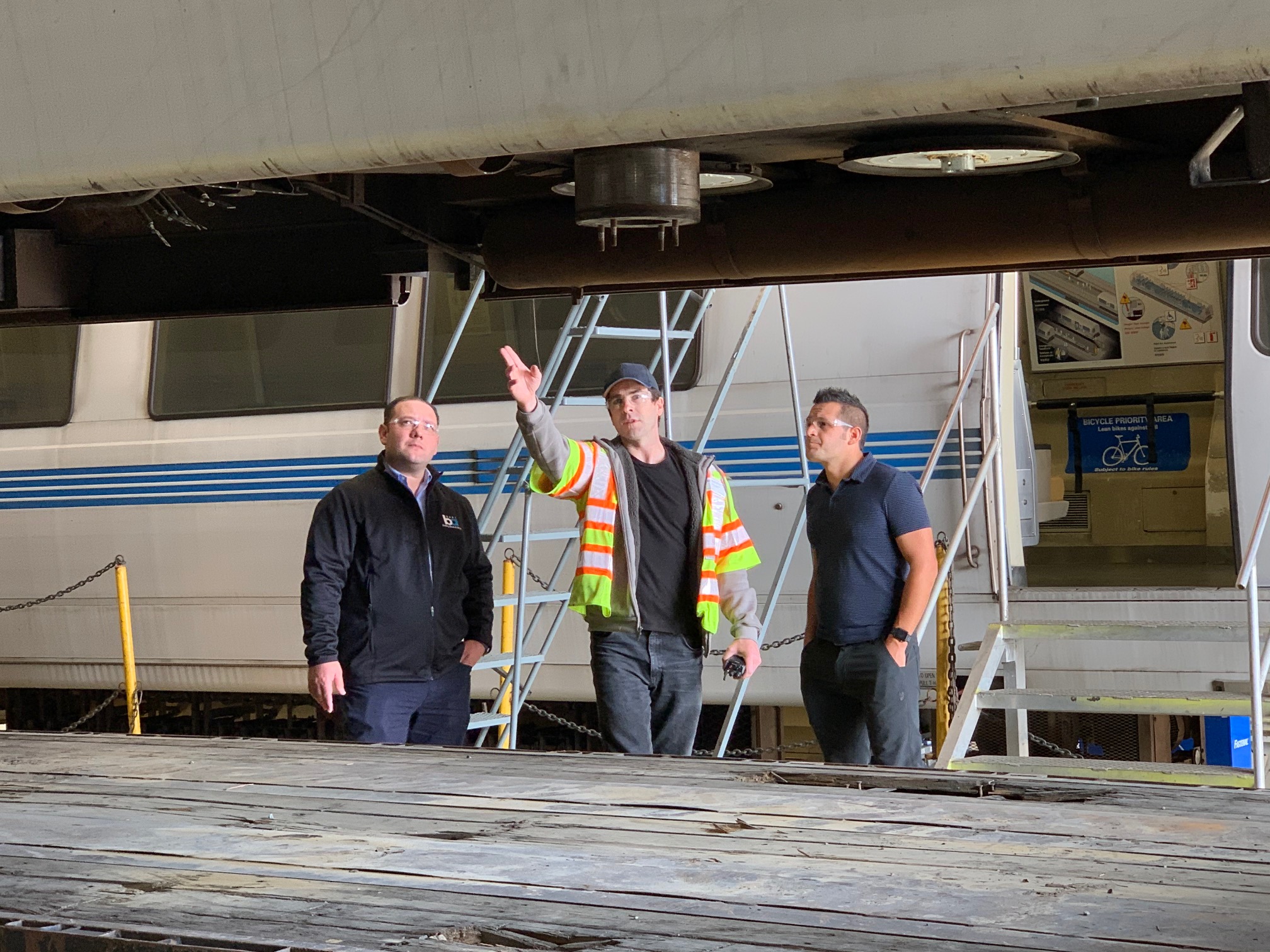 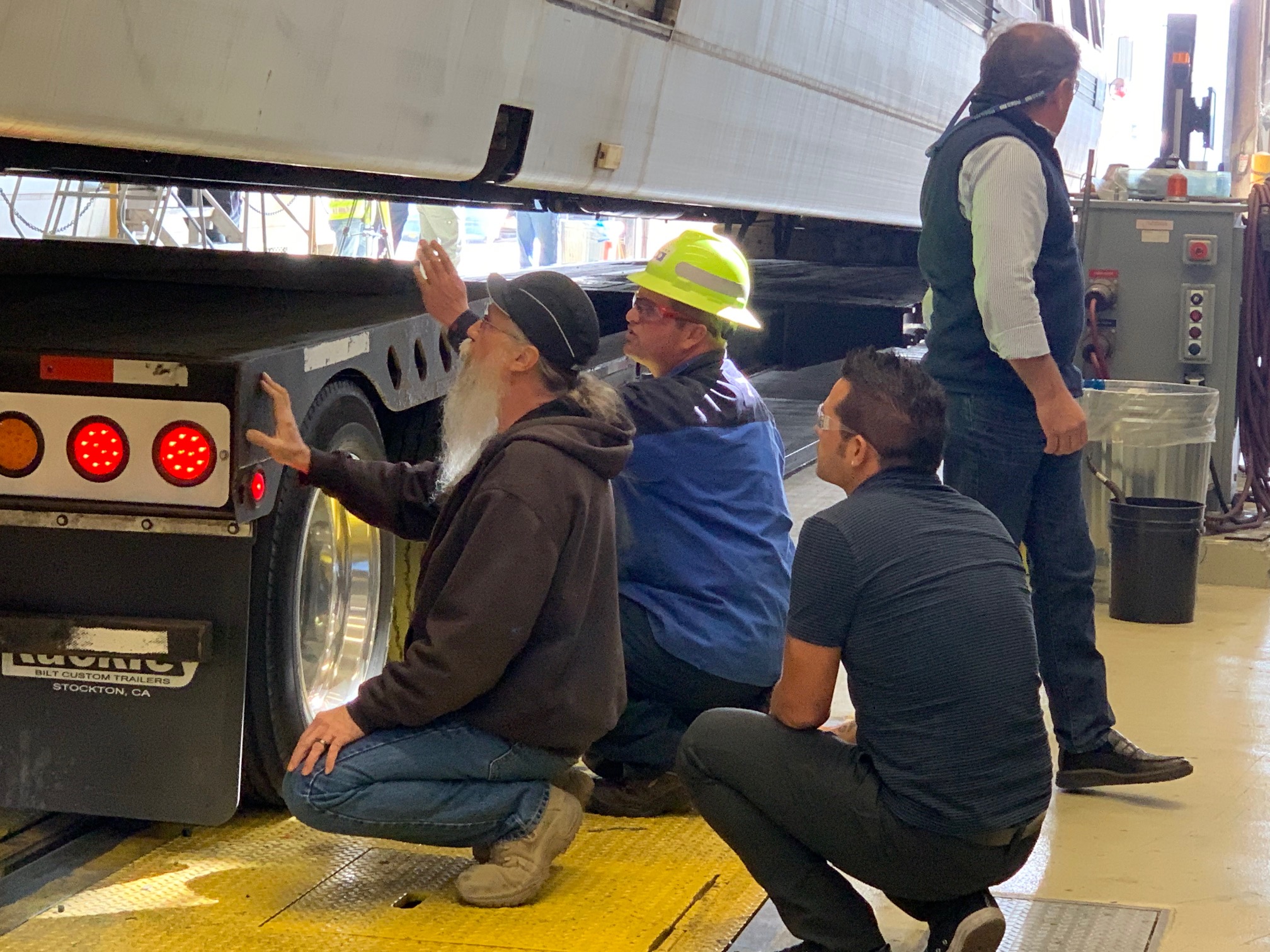 We took a walk through the skeleton that remained and discovered items long lost or forgotten as the seats were removed, including a tarnished 1994 penny, a receipt, and a fossilized sunflower seed. No eating is allowed on BART. A sticker on the wall noted, "this car maintained by Daly City maintenance facility." It apparently spent a lot of time there, given its problems.

RELATED: BART delays rollout of 775 new cars by 1-year due to mechanical issues

The big challenge was how to load the 75-foot-long car onto a truck. It took a team of BART engineers two hours to fine tune the process, leaving them perplexed at times. They prevailed after using a band saw to make room for wooden beams to support the weight.

The truck operator wasn't fazed that transporting a BART car this way had never been done before.

"It's just another day at work," said driver Grant Hartill. "We'll get it done."

That he did, taking car #2528 up Highway 880 to become part of a large scrap heap that could be turned into something better, safer and, perhaps, less notorious.