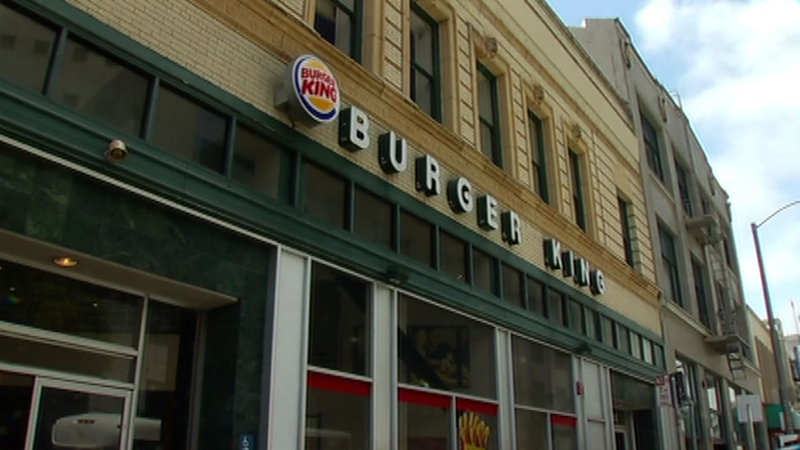 SAN FRANCISCO (KGO) -- There have been studies showing classical music can help calm nerves and even help enhance memory, but one local business is using the works of Vivaldi and Bach to help clear a troubled street corner.

For the last two weeks, a collection of symphonies and concertos has been blaring a new sound track at the corner of 8th and Market streets.

"Love it. I like upbeat things," said one person

"It's classical music. I love it," said another woman.

Several speakers were installed last week outside the Burger King. A spokesperson for the Central Market Community Benefit District says the idea to play classic music in the area came from a similar strategy she read about at the London subway system.

The corner is usually very busy, but with the classical music playing so loudly it appears to have cleared out a bit.

This has been one of the more challenging BART and Muni entrances for commuters.

"Usually you can barely walk by. There's grocery carts, blankets full of merchandise that's not theirs, drug use," said BART commuter Craig Westbrooke.

"There use to be a mob that would hang out there. And now there may be just one or two people," said San Francisco resident David Allen.

The classics seem to be a hit for people walking by. But not everyone is a fan.

Reginald Dillard Senior says he's had to move from sleeping across the street at the library.

"For people who do live on the street for whatever reason, this can be very distracting, keep people up at night," said homeless resident Reginald Dillard.

Some neighbors say the music plays till 3 a.m. most nights.

"I can't play my music outside after 10 o'clock, can I? In which case, they're infringing on the rights of others," said San Francisco resident Jeff McMillian.