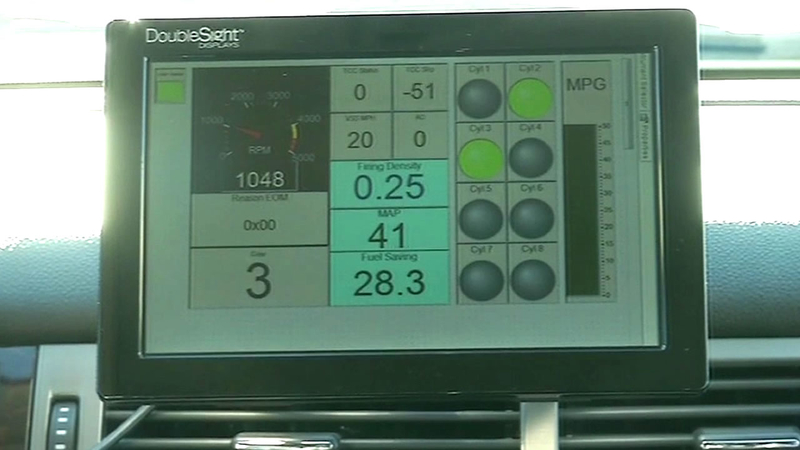 SAN FRANCISCO (KGO) -- Imagine making your car up to 20 percent more fuel efficient, without having to change a thing. A team of Bay Area tech companies has a solution that might do just that. It's getting a lot of interest from automakers.

For Delphi Powertrain managing director Jim Zizelman, driving a GMC truck down the road is kind of like making an omelet.

"What you're doing when you're running all eight cylinders is you're cracking open all eight eggs, and you're only using a little bit out of each egg to make the three-egg omelet," Zizelman said in comparison.

In the kitchen, that means throwing away perfectly good eggs. In a truck, it means wasting perfectly good fuel, but then came an idea from a Bay Area software engineer.

"The actual, original inventor of this was nowhere near the automotive industry. Folks inside automotive and inside powertrain would've likely never come up with this idea," Zizelman said.

The concept is simple -- turn off the cylinders you don't need.

Car tech company Delphi Automotive turned a GMC truck into a prototype. They call the technology Dynamic Skip Fire. Under the hood, you won't see any difference and you won't notice it from the driver's seat.

"It's completely unremarkable that when you drive the vehicle, you have no idea that you're actually deactivating cylinders. That is really incredible," Zizelman said.

In fact, the display screen inside the car is just about the only indication you're saving between 10-20 percent of normal gas consumption, as software switches each individual cylinder on and off.

"Whenever you see a gray dot that means that particular cylinder is deactivated. It's not operating. We don't need it. We're going downhill, we're going at a slow speed," Zizelman explained.

The magic is all in software. There are some tweaks to the engine, but automakers can do them on existing assembly lines -- quite critical, as they race to meet new standards for fuel economy. Designing a hybrid or electric engine can take years. This is ready now.

"You know V8 engines and large vehicles I think will be around for a long time, at least another decade," Zizelman said.

They're also testing this on smaller cars and say a four-cylinder Volkswagen prototype is just around the corner.