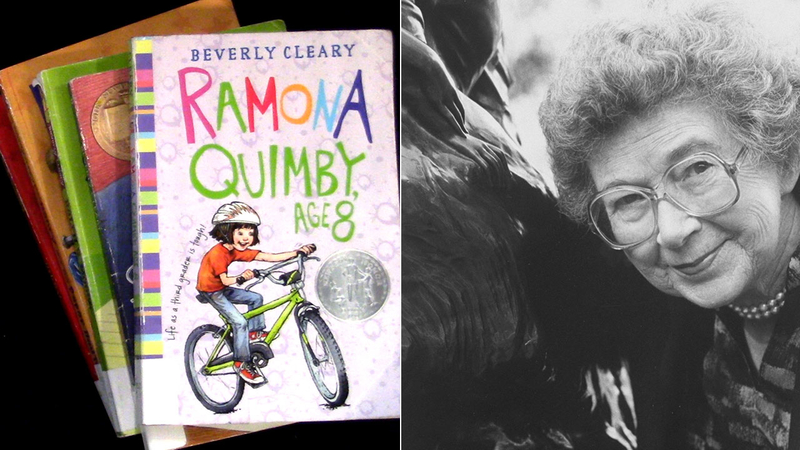 Fun facts about Beverly Cleary for her birthday

April 12 is also National D.E.A.R. (Drop Everything and Read) Day in honor of Cleary. The National Medal of Arts winner and Library of Congress Living Legend is best known for books about her character Ramona Quimby and sister Beezus. Her books also included Ralph S. Mouse, Dear Mr. Henshaw and more.

Here are five fun facts you might not know about the centenarian.

She knows how it feels to struggle with reading

As a young girl, Cleary lived on a farm in a town with no library, so her mom arranged for a small library to be created. Despite this, Cleary was placed in the lower reading circle when the family moved to Portland. By third grade, she had caught up, but she never forgot the experience.


She was an only child

Though her most famous character, Ramona, is one of the most well-known little sisters in the history of children's literature, Cleary herself didn't have any siblings. In fact, her first character, Henry Huggins, was an only child and Ramona evolved almost accidentally from that story, Cleary explained.

"All the children appeared to be only children so I tossed in a little sister and she didn't go away," she said.

Born Beverly Atlee Bunn, the author met her sweetheart Clarence Cleary at the University of California in Berkeley. Though her parents disapproved, the two married in 1940. They would stay together until his death in 2004. They had two children, twins Malcolm and Marianne, who inspired the book Mitch and Amy.

She wrote so boys would read more

Cleary started her career as a librarian, where she realized that boys needed more books with characters they identified with, she said. She published Henry Huggins in 1950 to remedy that.

"In those days it was very hard to find books for little boys. There were animal stories, of course, but there weren't any books about what these boys called 'kids like us,'" she told People.

She jokes about growing old

Like many centenarians, Cleary gets asked about the secret to longevity. Her response? "I didn't do it on purpose."

She also says she doesn't look a day over 80.