People are flocking to a beach in Bolinas Saturday after an 80-foot-long blue whale washed ashore that mammal experts say was likely struck by a ship.

BOLINAS, Calif. (KGO) -- People are flocking to a beach in Bolinas Saturday after an 80-foot-long blue whale washed ashore that mammal experts say was likely struck by a ship.

"I find it shocking, never seen this before. It's a shame," tourist Fern Simkoff said.

Simkoff was overcome with emotion at the site of the giant whale carcass, which washed up on Agate Beach.

Hundreds of onlookers were snapping cell phone pictures of the female whale. David Worley came from Danville. "It's impressive; the largest living thing ever on earth."

The smell from the carcass is intense and overwhelming for some who covered their noses."By the time I got 50 yards from here, I was ready to throw up," Corte Madera resident Miles Florence said.

She washed Ashore on Friday morning.

"She's the largest whale I've ever seen," Barbie Halaska from the Marine Mammal Center said. Halaska helped perform a necropsy on the whale, and says it's likely she was struck by a passing ship. "She has blunt force trauma to her left side, I'd definitely say it was a boat," said Halaska.

Blue whales are endangered, and fewer than 2,800 are left on the west coast. This particular whale had been tracked by Cascadia Research for the past 18 years, migrating from Alaska to Mexico.

During summer and fall migration periods, ships entering San Francisco Bay are asked to voluntarily slow their speeds. "Hopefully while whales are moving in this area, ships will slow down," Moe Flannery with the California Academy of Science said. 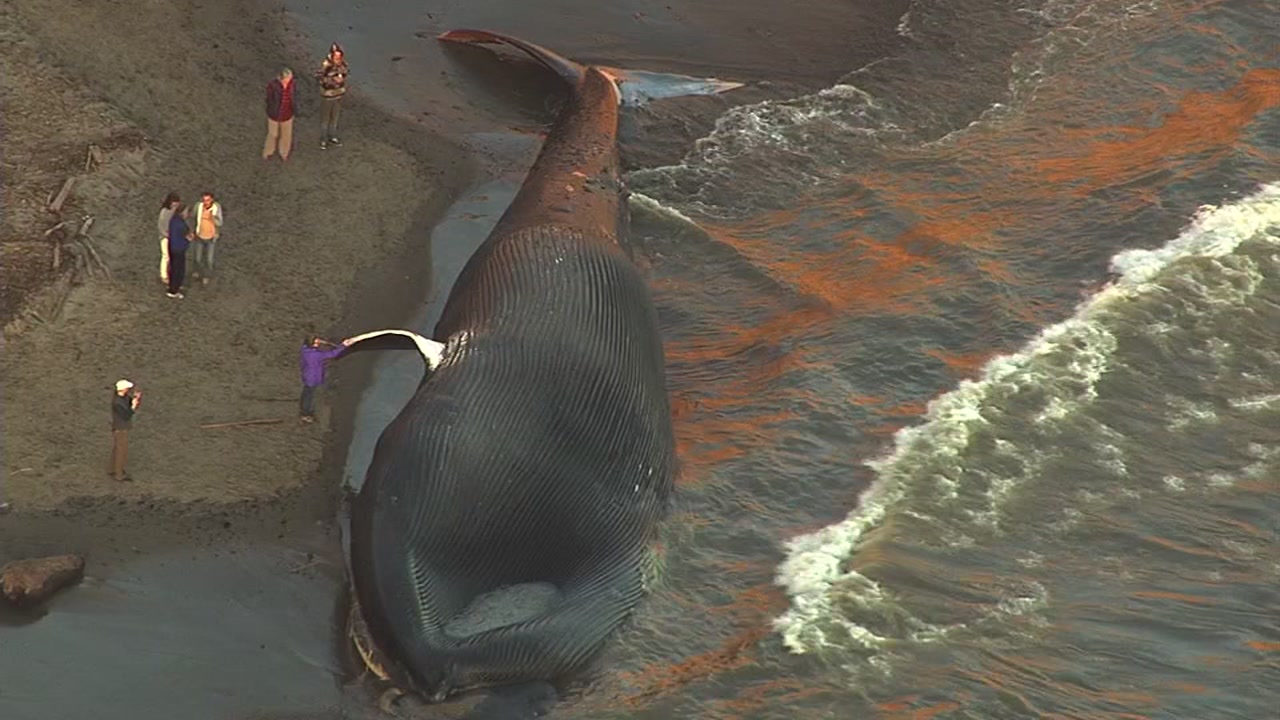