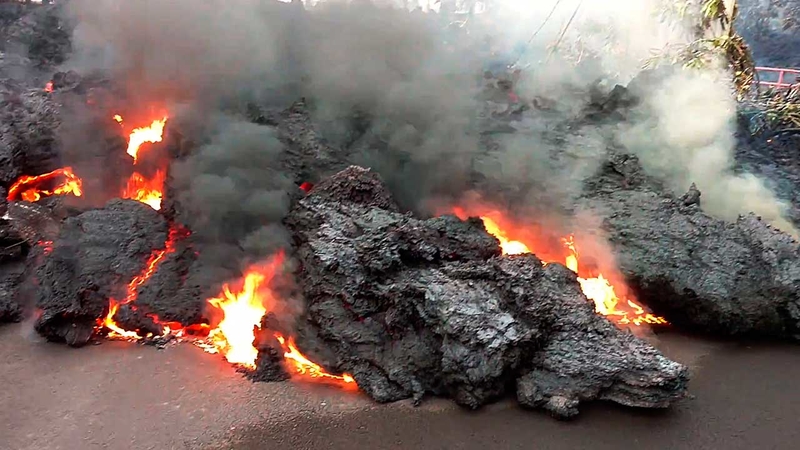 If you own a home in Hawaii, your homeowners insurance likely will not cover volcanic damage.

The issue is on many minds as volcanic fissures keep opening up on the Big Island. So far, about two dozen homes have been damaged and thousands of people evacuated from the area.

Few insurance companies issue home policies in the area, and special coverage is needed to be protected from lava damage. That extra coverage can cost more than $3,000 a year.

The Hawaii Insurance Division says that if lava causes a fire - and the fire damages your home - your insurance may cover loss from the fire.

Some of the area, including Leilani Estates, is deemed a "high risk" for lava by the U.S. Geological Survey.

A review of the Environmental Protection Agency finds that the organization could have done more to spot the Volkswagen emissions scandal.

Auditors say federal regulators have now stepped up testing that could have caught the emissions rigging.

The EPA's inspector general says the agency still needs to do more to stop it from happening again.


American bans insects, goats on board

American Airlines has updated its pet policy. Passengers who want to bring service animals on board now must file paperwork 48 hours before their flight.

American has also banned some animals because they pose a safety or public health risk.

The airline says it wants to support passengers who need support animals, but they also want to keep all passengers safe.

The starting salary for 2018 graduates looks very similar to their coworkers from the 2017 class year.

New grads in San Francisco will earn about $63,995, compared to a national average of $50,390. That's according to consulting firm Korn Ferry.

The firm says those numbers are 2.8 percent higher than last year - about flat when adjusted for inflation.

Still, with an unemployment rate at a 17-year low of 3.9 percent, new grads are entering a strong job market with many opportunities.

Web copy written and produced by Miranda Dotson
Report a correction or typo
Related topics:
businessvolcanoinsuranceamerican airlinesvolkswagenu.s. & world7 on your sidesalarygradsconsumerservice animal
Copyright © 2021 KGO-TV. All Rights Reserved.
7 ON YOUR SIDE