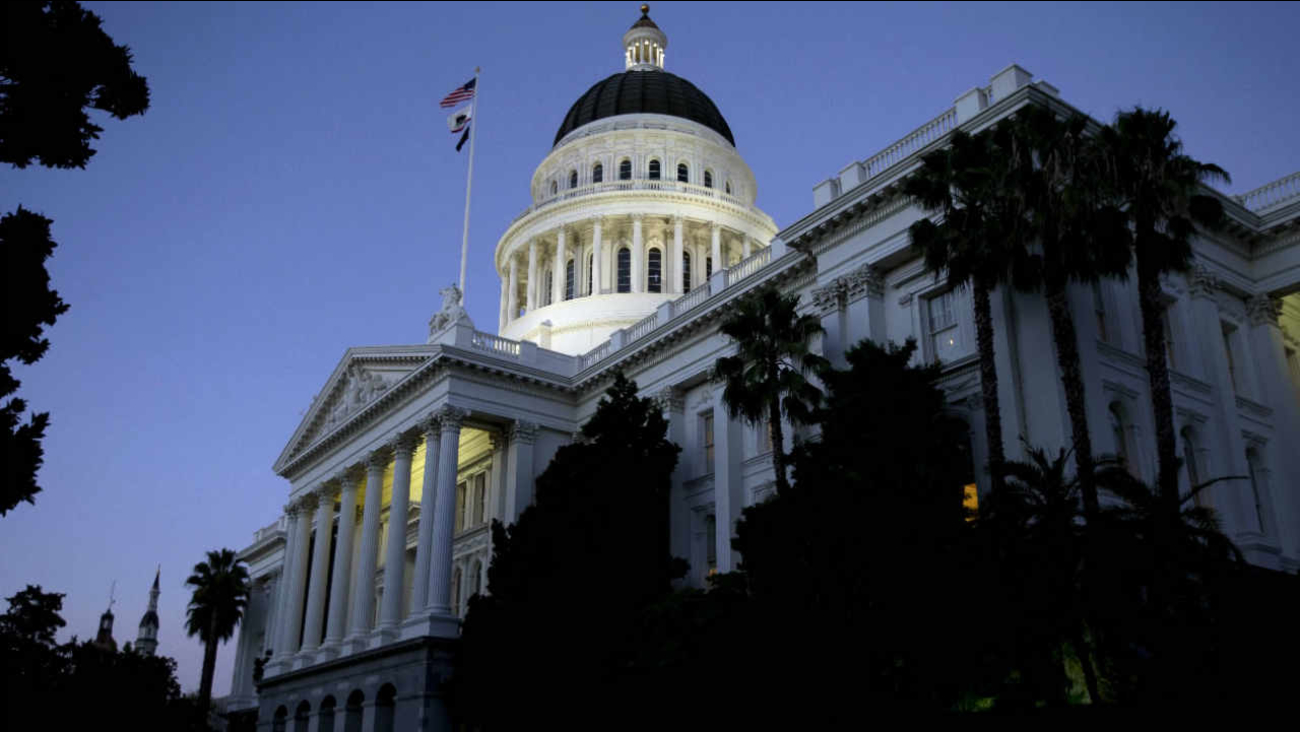 The dome of the state Capitol glows in the early evening Wednesday, Aug. 31, 2016, in Sacramento, Calif. (AP Photo/Rich Pedroncelli)

SACRAMENTO, Calif. -- California lawmakers have rejected what would have been a first-of-its-kind ban on medically unnecessary treatment for infants born with ambiguous or conflicting genitalia. The measure would have banned all procedures on intersex children 6 and under unless the Medical Board of California deemed them medically necessary.

State Sen. Scott Wiener, a Democrat from San Francisco who wrote the measure, called it a civil rights issue and said the bill would ensure that people who are born intersex are able to make their own choices about their health and their gender identity instead of having other people make those irreversible surgical choices for them.''

But a majority of state lawmakers on a key legislative committee thought the bill's definition of intersex'' was too broad, especially after hearing testimony from a pediatric urologist who said it would limit doctors' ability to treat patients with complex medical issues.

Three Democrats and one Republican on the Senate Business, Professions and Economic Development Committee voted to reject the bill after a lengthy public hearing that included testimony from people born with intersex traits _ some who supported the bill and others who did not.

State Sen. Jerry Hill, a Democrat from San Mateo, said he had an issue with limiting the surgeries until a child was 6.

I look at my granddaughter who is 5, almost 6 _ I don't know if that's something that she could make that decision on,'' he said.

Wiener repeatedly told lawmakers that parents would still have the final decision, but he believed delaying the procedures until a child could talk would help parents make it. He said the vote likely means the proposal will not become law this year but vowed to keep trying to pass it in the future.

Intersex people are born with genitalia, chromosomes or reproductive organs that don't fit typical definitions for males or females.

Examples include people born with both ovaries and male genitals or incompletely formed genitals that can be ambiguous. Between 1% and 2% of the population are born with intersex traits, Wiener said.

Bria Brown-King was born with congenital adrenal hyperplasia, a condition that naturally produces higher levels of testosterone and leads to secondary male characteristics.''

Brown-King said they had surgery when they were 13 after a doctor told them it would make their genitals appear more normal.'' I don't know why he assumed to know about how I would or would not want to use my vagina,'' Brown-King told lawmakers.

Hillary Copp, a pediatric urologist at the University of California, San Francisco, said she opposed the bill because it would remove all flexibility for trained medical professionals and their loved ones to do what is in the best interest of the patient.''

She said many times doctors will advise parents not to operate, noting we're not trying to perform sex assignment surgery.''

In fact, we don't even assign genders. We talk about the baby,'' she said. This is such a complex issue. Of course we want to get it right.

The measure was opposed by several medical groups, including the California Medical Association, which represents doctors. Records show the group donated $50,000 last week to a committee working to reelect Sen. Steve Glazer, a Democrat and chairman of the panel that rejected the bill.

The committee that received the donation has no official ties to Glazer's campaign. Glazer, through a spokesman, declined to comment on the donation. He voiced his concerns about the bill during the committee hearing but did not cast a vote.
Report a correction or typo
Related topics:
politicssacramentosan franciscocaliforniasexchildrenbabystate capitalgender identityu.s. & worldcalifornia state senate
Copyright © 2022 by The Associated Press. All Rights Reserved.
TOP STORIES
LIVE: Funeral for Alameda Co. sheriff's recruit killed on I-580
EXCLUSIVE: Woman shoved to ground in Oakland's Chinatown speaks out
Health experts believe Bay Area has already reached omicron peak
LA Rams ban ticket sales to 49ers fans in Bay Area
After the omicron wave, what's next for the COVID pandemic?
Amy Schneider details historic 'Jeopardy' run on 'GMA': VIDEO
4 wounded in shooting in Germany; gunman dead
Show More
North Bay anti-vaccine activists protest mandates
COVID-19 updates: Conditions 'ideal' for more variants WHO warns
Justices to hear challenge to race in college admissions
Colorado Fire in Monterey Co. now 700 acres, 35% contained
Families reflect on the 2 years since 1st COVID case in US
More TOP STORIES News