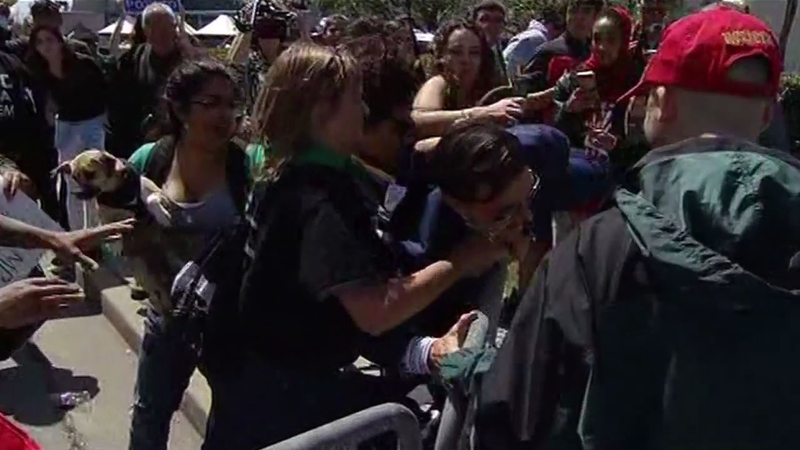 Arrests made during chaotic protest outside Burlingame GOP Convention