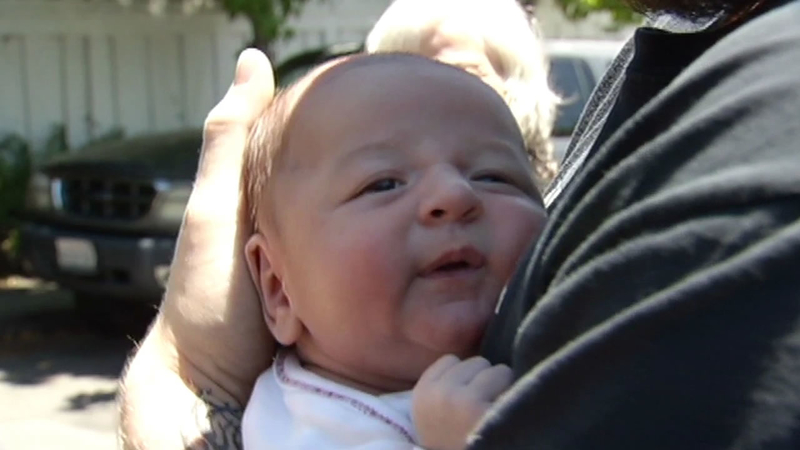 Many people were surprised he signed it so quickly since he had until July 13 to make up his mind. So what does this mean for parents? If your child is not yet vaccinated when school starts in August or September, you won't have to. The law goes into effect on July 1, 2016.

Baby Kahlo went for his one month checkup on Tuesday. No vaccines were given; not today, not ever.

"No one thinks for themselves anymore and that is what this bill is," said parent David Fairon. "We're not allowed to think for ourselves. We gotta do what the government tells us to do."

Fairon and his wife have decided they'll homeschool Kahlo when he's older. But a year from now all other children in California starting in public and private schools must be vaccinated. The only ones excused are those with medical conditions.

Dr. Lindy Woodard is a pediatrician with Pediatric Alternatives. She opposed the bill. She tells us who falls into that medical exemption category.

"For me it would be a prior vaccine reaction, but also a family history of autoimmune diseases," she said. "So, say a sibling had autism. I would not vaccinate that next child."

The governor acted quickly in favor of the bill saying, "The science is clear that vaccines dramatically protect children against a number of infectious and dangerous diseases."

No longer can a family cite religious or personal beliefs.

Marin County has been the highest in California with vaccine exemptions.

According to the Marin Department of Health and Human Services Immunization Program, the number of exemptions more than doubled from 3.7 percent in 2002 to 7.8 percent in 2012.

But that number has gone down in Marin County after a 2014 law required that parents talk first with their pediatrician.

"I think the word is out that vaccines protect our kids and protect our communities and that these diseases are still around," said Nelson Branco, M.D., with Tamalpais Pediatrics.

Preschools will also require that your child be vaccinated. After July 1, 2016 when the law goes into effect, a child will not be able to go to seventh grade without the required vaccines.