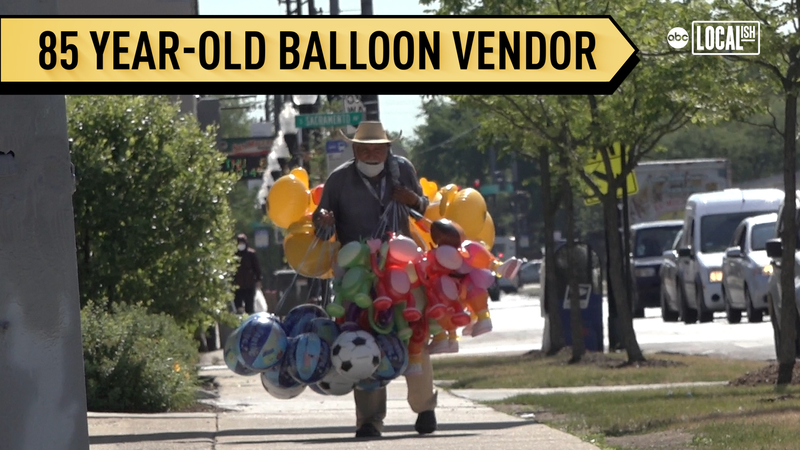 CHICAGO -- A community on Chicago's West Side has raised thousands of dollars for a veteran balloon vendor.

Don Jose has been selling balloons in Little Village for over 20 years.

He first came to the U.S. in the '50s and worked picking tomatoes, pears and other produce in fields. He did the work all for 16 cents an hour.

Don Jose said working hard is all he knows.

So it came as a surprise when Miguel Blancarte Jr, a site manager for the Chicago CORE COVID-19 testing facility in Little Village, helped raise over $5,000 for the 85-year-old.

Blancarte Jr. saw Don Jose on his route early in the morning. That's when Blancarte Jr. befriended the vendor and offered him a meal along with a COVID-19 test. He then posted about his experience, which is where the giving started.

"I received messages from friends saying, 'Hey we want to help him, can we send you some money to help him?'" Blancarte Jr. said.

Blancarte Jr. raised over $1,000 through PayPal donations, which were gifted to Don Jose two weeks ago.