No victims found in crash down embankment in Castro Valley 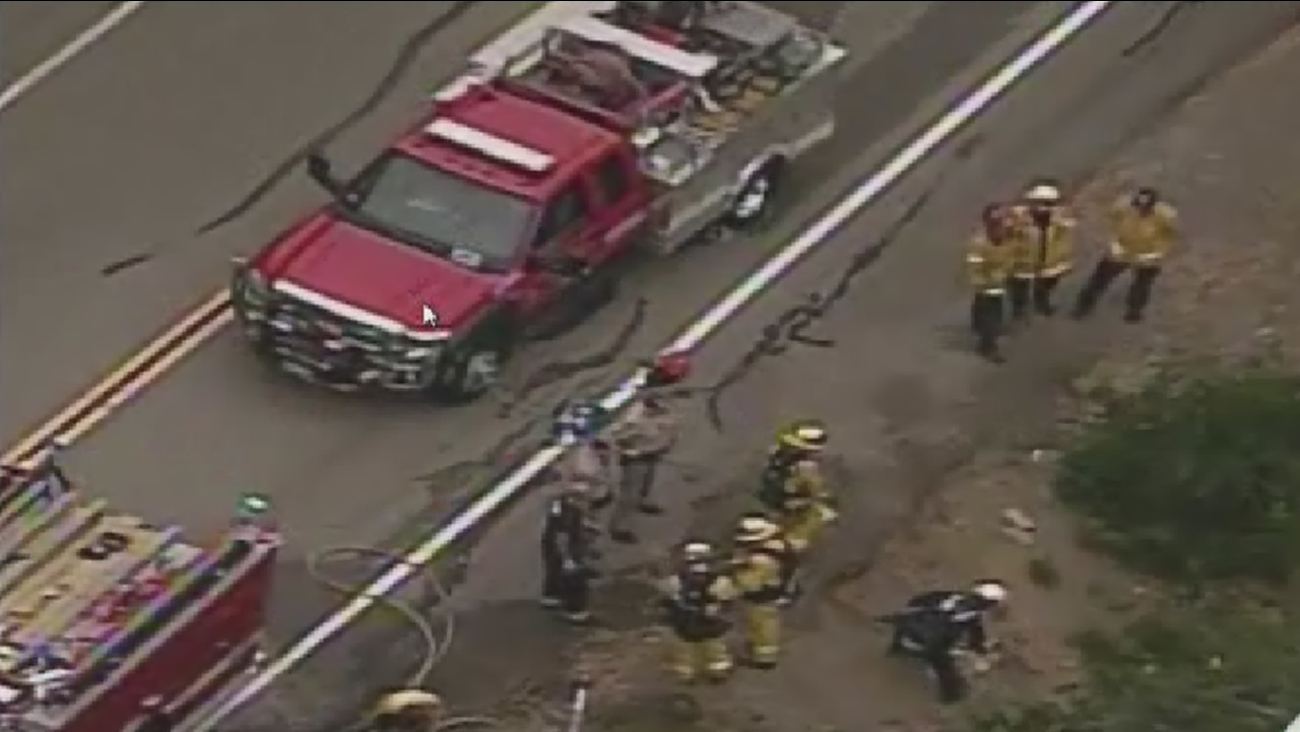 The CHP brought in a search dog to look for survivors after a bad went down an embankment in Castro Valley on Monday, June 15, 2015. (KGO-TV)

CASTRO VALLEY, Calif. (KGO) -- Investigators have been unable to find any victims of a crash down an embankment near Anthony Chabot Regional Park in Castro Valley Monday morning.

They are looking into the possibility the car was intentionally pushed off the cliff and set ablaze, a California Highway Patrol officer said.

The CHP responded to reports of the crash just after 9 a.m. along Redwood Road near Miller Road. Responding officers found the car about 100 feet down the embankment and engulfed in flames, CHP Officer Daniel Jacowitz said.

Alameda County Fire Department crews responded and extinguished the fire. Crews were unable to find any of the car's occupants and began searching the area for any potential victims, Jacowitz said.

A county fire search and rescue dog assisted with the search, but no victims were located.

CHP investigators are now considering the possibility the car had been stolen and intentionally pushed off the cliff and set on fire, Jacowitz said. Such incidents are not uncommon in that area, but the car was too damaged to immediately determine whether it was stolen.

Another possibility is that the car's legal owner set it on fire in an act of insurance fraud, Jacowitz said.