Residents of Millbrae street desperate for help to stop flooding

One Landing Lane resident estimates the damage to his property this week totals in the thousands of dollars.
KGO
By Tim Johns 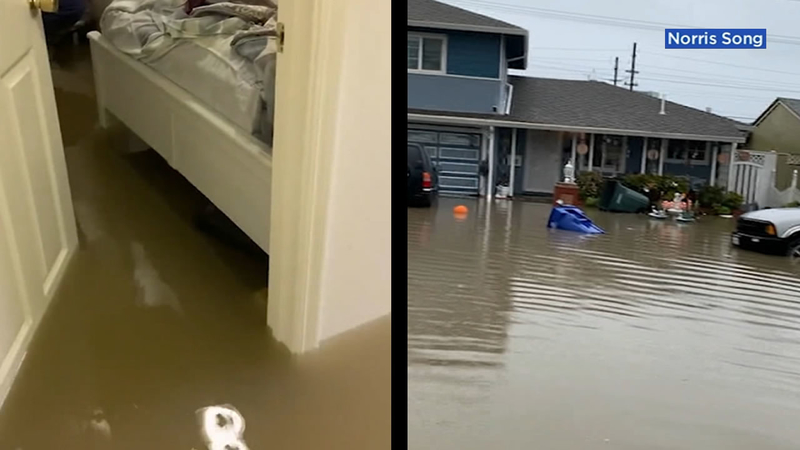 Residents of Millbrae street desperate for help to stop flooding

MILLBRAE, Calif. (KGO) -- For residents of Landing Lane in Millbrae, flooding has become a persistent worry.

In the last few months, their street has severely flooded twice -- Once back in October, and again earlier this week.

"We were sleeping and, all of a sudden, I woke up about seven o'clock. I found all my garage was flooded," said resident Norris Song.

Song has lived on this street for more than 20 years.

He says that this past Thursday his home flooded with about 22 inches of sewage water.

"I just cleaned up the whole thing from last time, but I have to clean up again," Song said.

Song says his family's Christmas has largely been ruined thanks to the devastation the recent flooding has caused.

He estimates the damage to his property this week totals in the thousands of dollars.

"My car has been damaged and my washer and dryer, my refrigerator, my wine, my food," Song said.

Fire official shares tips on how to escape a sinking car if you ever drive into a flooded roadway.

But residents here say it's not just flooding they're sick of. It's also the lack of solutions.

She says she and her neighbors have been trying to get help from public officials for months.

But residents say the City of Millbrae tells them the problem lies with a nearby airport pump and is out of their control.

Caught in between two entities, Erwyn says she thinks a lot of the problems could be fixed if the area's sewage system gets updated.

"A lot of it is just deficiency in our infrastructure. It has never been fixed," Erwyn said.

But for now, Landing Lane residents say they live in fear of flooding happening again any time it rains -- And just hope someone can come and help them.

"I hope we can fix the problems because I love this neighborhood and I love this community," said Song.