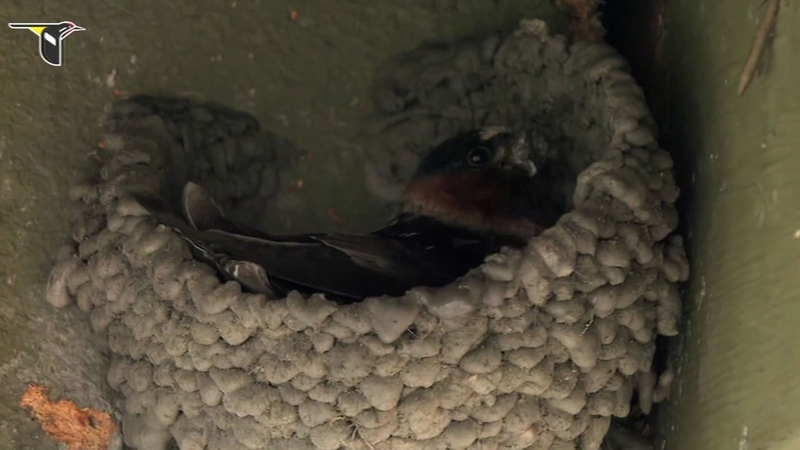 The swallows made a public bathroom at Wilder Sports Field their home. The Golden Gate Audubon Society says the bathroom actually looks like the cliff swallow's natural habitat.

The problem is that not everyone is respecting their home. Someone destroyed a few of the nests.

It's against federal law to tamper with the nests, the birds or their eggs.

Cliff swallows have been here in the East Bay Hills for thousands of years. They're here because they can access water and mud to build their nests pellet by pellet, which takes about a week.

It's here that they mate once a year then they feed their baby birds.

A bird enthusiast first saw the damage a few weeks ago and says she wanted to get the word out that it's not OK.

"They travel 2,500 miles to get here for this opportunity to breed once a year. They put a lot of energy and effort into building their nests. Each nest is 1,200 mud pellets. To see all of that wiped away, it's a protected bird. Yes, I care about them very much," Oakland's Erica Rutherford said.

A few destroyed nests on the ground at Wilder Sports Field #abc7now pic.twitter.com/lJOoFDlgLb

Cliff swallows are not an endangered species but Audubon Society says that their population has been affected by the climate change.

There are about 20 nests all around the building. Some of them are under the roof. They like to nest in colonies and they also like to live near people.