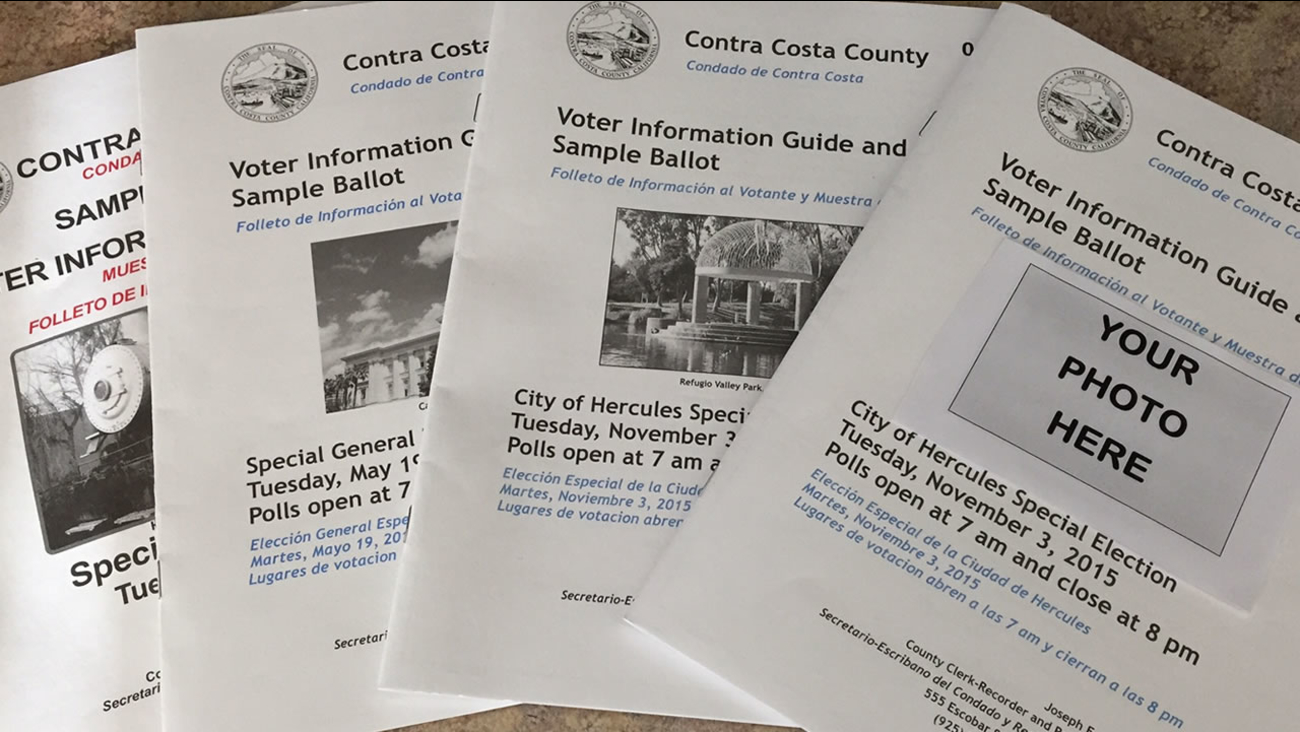 CONTRA COSTA COUNTY, Calif. -- Ahead of the 2016 elections, Contra Costa County will host a contest that will grant one photographer an audience of more than a half-million registered voters, county officials announced today.

The winner of the Contra Costa County Elections Division's photo contest will have a picture featured on the cover of the division's voter information guides in June and November, county officials said.

Those who come in second and third place in the contest, which does not have an entry fee, will have their photos featured in the division's office lobby and on its website.

The photos used for the voter information guides apparently "(highlight) some of the intrinsic beauty and history of the county," county officials said.

"It's a way to showcase the flavor and flair of where we live," Registrar of Voters Joe Canciamilla said in a statement.

Canciamilla said part of the hope is also to get residents involved in the election process early on, to engage them in local issues and to pique their interest in voting.