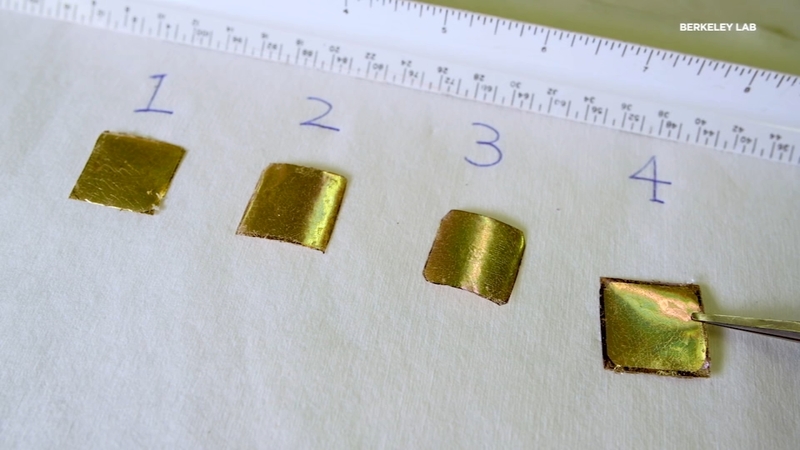 "We've been exploring what happens when you apply these heat island counter measures such as reflective roofs or shade trees to buildings," says researcher Ronnen Levinson, PhD, of Lawrence Berkeley National Laboratory.

Levinson, who is with Berkeley Lab's Heat Island Group, says while there have been significant advances in roof cooling technologies, there's a trade off.

"While you'll save energy in summer, if you need heating in winter, the cool roof won't get as warm as a traditional roof in the winter, and so your building might require more heating," Levinson explains.

Now, Levinson and his colleagues believe they've made a break-through that could provide a more effective way to control the temperature of buildings we live and work in. It's a material coating that looks something like Scotch Tape.

Junqiao Wu, Ph.D., of Berkeley Lab, says it's able to help cool buildings in the summer, and help them retain heat in the winter.

The shoreline near Highway 101 in Menlo Park is being turned into an example of what 21st century levees could look like.

The technology is known as TARC, for Temperature Adaptive Radiative Coating. It takes advantage of compound called Vanadium Dioxide which changes behaviors at different temperatures. In rooftop experiments, the team found the coating released more heat from the building when the weather was warm, and retained more when it was cooler.
"We are the first group to use this phase transition property to make it as a roof coating material," says professor Wu.

They say the difference could cut building energy use by roughly 10% in many parts of the country with other benefits as well, including reducing the amount of greenhouse gasses emitted from heating and air conditioning use.

"So those all those contributes to the climate change to our carbon dioxide emission, which we want to cut, cut down those type of energy consumption. Now, if you can save 10% of that amount of energy, in my opinion, that is already a significant contribution to save our planet," argues prof. Wu.

While much of the concept work was done in the lab, professor Wu says he and the team also tested the coating using the roof of his own home in the East Bay.

Berkeley Lab now hopes the technology can be developed into a commercial smart roof coating, perhaps having a significant impact both cooling urban heat islands and combatting climate change.

Get more information about the new smart-roof coating here.