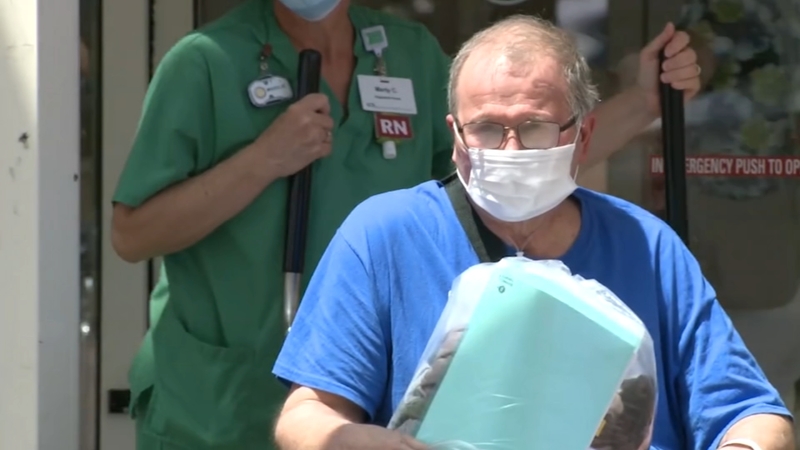 MILWAUKEE, Wis. -- A Wisconsin man was greeted by friends and family as he left the hospital after a 97-day stay for COVID-19.

As he left the hospital, Rick Klimek's golfing buddies gave him a standing ovation.

"It's kinda nice being out here," Klimek told ABC-affiliate WISN.

Klimek said he didn't know where he contracted COVID-19, but the 65-year-old was in good health before he caught the virus. His hospital stay started on March 26 and included weeks during which he was unconscious--and near death.

"I remember riding in the ambulance to get here, and then I don't remember anything until Cinco de Mayo," Klimek said. "They told me, 'you're on a holiday,' when I woke up, and I thought, 'Well, Easter?' They said, 'Oh, you missed Easter.'"

A North Carolina man who has been in the hospital for more than two months has finally been released and reunited with his family.

But though he's missed a lot, his wife, Nancy Klimek, said she's excited to have him home.

She added that though her husband has missed a lot of the last three months, she's going to make sure he learns about what has happened. But in the meantime, Klimek reflected on what it means to go home, and how others can stay safe.

"Do your social distancing, and wear your mask," Rick Klimek said. "And don't end up here for three months."

Though he just began walking again for the first time in months, Klimek said he plans to be back on the golf course before the end of the season.