"People who are in a position to help stepped up and helped."
KGO
By David Louie
OAKLAND, Calif. (KGO) -- President Biden is focusing on economic relief as his policy theme on Friday two days after his inauguration as President of the United States. However, an Oakland neighborhood is setting an example of how relief can also be addressed at the grassroots level. The economy is part of Building A Better Bay Area.

Bordered on two sides by freeways, the Longfellow neighborhood in north Oakland is easy to drive past. But you would be overlooking a diverse community that really cares about its residents. While last year's stimulus checks helped some, job losses or other economic fallout left many others in need.

An idea was born to create a COVID-19 relief fund, using the nonprofit status of the Longfellow Community Association.

"The number of folks that came out of the woodwork to donate was really just amazing and heartwarming," said association president Jean Walsh.

Flyers went out to announce the grants after $13,000 was raised from private donations.

A wide net was cast to include those who didn't have a permanent address but are very much a part of the community.

Residents could ask for grants of $100 to $1,000. Twenty applications came in. Recipients were selected by lottery. Stephanie Rapp received her check this week, which will go toward rent.

Neighbor involvement is a Longfellow trait. The community association over 10 years has done many improvement projects.

"We're really an inclusive and diverse community, and we're really proud of that," said president Walsh. "And this is just another example of Longfellow coming together."

The grant program is about $2,000 shy of funding eight remaining requests. So their work isn't completed. Longfellow has a certain way of caring for its own.

RELATED: What it's like at the newest (and most colorful) tiny home village for unhoused young people in Oakland

"I think it means that our neighborhood is really paying attention to each other," said Zoe Sifrim.

It's notable that two of the recipients are active volunteers themselves at a local food bank. So they already are paying forward the kindness of neighbors.

"It has made a tremendous and will make a huge difference in my life and my sanity," said Rapp.

Anyone who would like to fill that gap and help to fund the last eight requests can make a donation here. 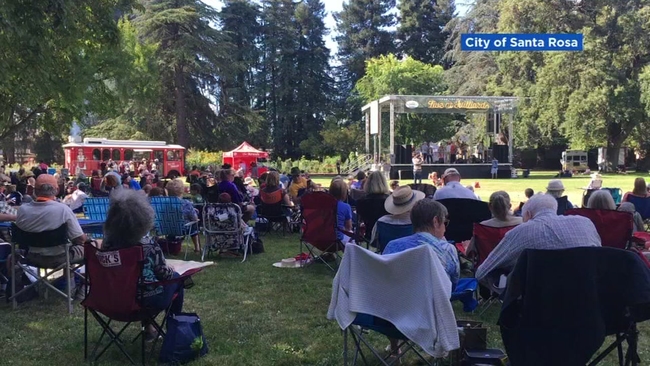