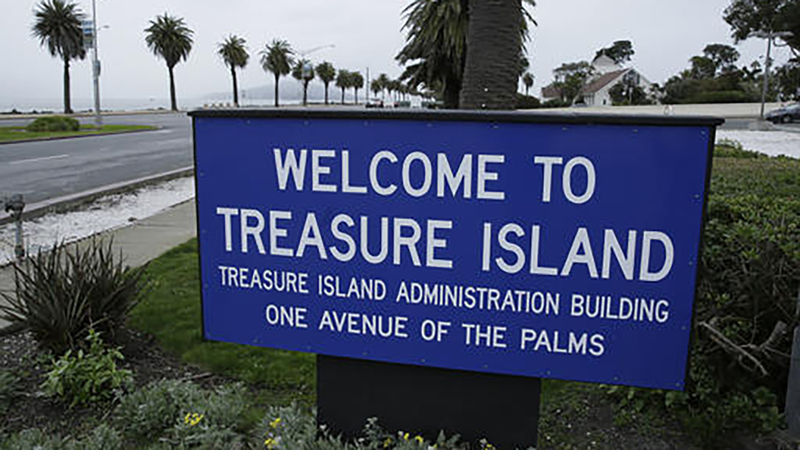 TREASURE ISLAND, Calif. (KGO) -- Here at ABC 7 News, we're doing our part to help Build a Better Bay Area. Race and social justice is one of the pillars involved in doing that. Treasure Island has a very large Hispanic and African American population and officials say it also has the lowest vaccination rate in the city. The vaccinations will take place at the Ship Shape Community Center at 850 Avenue I from 9:30 a.m. to 4 p.m.

Volunteers could be seen going door to door on Thursday as they tried to get the word out about a COVID-19 pop-up vaccination clinic that will happen this Saturday on Treasure Island.

"It's been a hardship for us on the island to get our needs period met so this for me is a victory," says Hope Williams who lives on the island and has been pushing for this.

Thursday volunteers say they knocked on the door of every residence on the island. District 6 Supervisor Matt Haney, who helped organize the event, says Treasure Island has the lowest vaccination rates in the City of San Francisco.

RELATED: Breaking down the differences between coronavirus vaccines

100 doses will be available to those who live on the island and meet the current qualifications.

"I know especially in the Hispanic community there's been a lot of people want it but not everybody could get it," says Viviana Aleman who was visiting friends on Treasure Island Thursday.
"It's fantastic that the city is coming to us," says Roslyn Mcintyre who lives on Treasure Island.

RELATED: How can I register for a COVID-19 vaccine in California?

But some we talked with say they are still deciding if they should get the vaccine.

"I'm scared to get it just because it's new you know and it just came out you know," said Teresa Massutti. Her friend Robin Thorp continued saying, "They did it in a kind of a hurry." Unlike her friend Thorp though says she plans to get the vaccine, "it's very convenient, I was excited when I heard about it I was like 'yay!'"

If the pop-up vaccination clinic is successful here on Treasure Island there could be more going forward. There has been a lot of back and forth with those in the city on how many doses are needed because it's unclear on what demand will be. The plan is to have similar events on April 3 and April 10.