All 3 suspects in Walnut Creek Nordstrom theft out of custody; DA says 2 of them shouldn't be

There's now a parole hold and bench warrant out for Dana Dawson's arrest after she didn't show up for court this past Friday.
KGO
By Melanie Woodrow 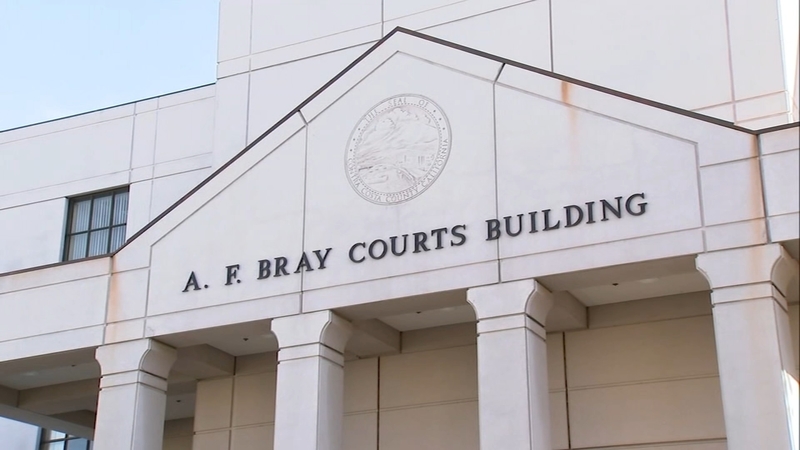 All 3 suspects in Walnut Creek Nordstrom theft out of custody

WALNUT CREEK, Calif. (KGO) -- All three suspects arrested in a Walnut Creek Nordstrom flash-mob style theft are out of custody, and the Contra Costa County District Attorney's Office says two of them shouldn't be.

There's now a parole hold and bench warrant out for Dana Dawson's arrest after she didn't show up for court this past Friday.

Walnut Creek Police arrested Dawson, who prosecutors say had a gun, following the November Nordstrom theft. She was in violation of her parole, but the department's police chief has said the arresting officers didn't know Dawson was on parole. Chief Jamie Knox has repeatedly said he doesn't know why Dawson's name didn't come up in a national database. Subsequently, Dawson was eligible for and posted bail.

"I'm just being real with everybody. I don't know why all the finger-pointing is going on, I mean mistakes happen and I think that's just what happened in this case that there was just a mistake that occurred," said Walnut Creek Police Chief Jamie Knox Tuesday.

That mistake was nearly corrected on Nov. 30 when Dawson was in court for her arraignment. But despite efforts by her parole officer to get a parole hold, which the Contra Costa County Deputy DA says would have remanded her to custody, the timing was off by about 15 minutes.

Dawson walked out of court and hasn't returned since.

.@walnutcreekpd Chief Jamie Knox, "I don't know why all the finger pointing is going on, I mean mistakes happen." Law enforcement & parole looking for @Nordstrom flash-mob theft suspect Dana Dawson. Parole hold & bench warrant for her arrest after she didn't show up for court. pic.twitter.com/PSW8aG4lUT

"I think that she will quickly realize that sooner rather than later is the best time for her to answer to these charges," said Simon O'Connell, Chief Assistant District Attorney Contra Costa County.

"It's not a foolproof system and sometimes you get a delayed hit or the computer system, if they gave us a fake name, maybe it didn't come up," said Chief Knox.

The ABC7 News I-Team reached out to the California Department of Justice to inquire if a delayed hit is possible.

In an emailed statement, a spokesperson with the Attorney General's Office writes, "At this point, we don't have information that indicates that the California Law Enforcement Telecommunications System (CLETS) isn't working as intended on our end when it comes to the ability to access information regarding individuals entered into the system. Generally speaking, law enforcement are able to access information about an individual's probation or parole status by directly querying the supervised release file via CLETS upon the arrest or detention of an individual who is suspected of having committed a crime. That information should be available immediately upon being queried."

"I still don't know exactly where the breakdown was, but this has just garnered a lot of attention," said Chief Knox.

A lot of attention, perhaps, because Dawson wasn't the only suspect who was released. The Contra Costa County Sheriff's Office has previously said their mistake resulted in suspect Joshua Underwood being released. He was taken back into custody on Nov. 30 at his arraignment. Since then he's posted bail and was released again. He continues to show up for his court appearances.

"And this is how the system is designed to work when someone has posted bail," said O'Connell.

The DA's office is now taking issue with the circumstances around a third suspect's release, Rodney Robinson. Despite a judge finding Monday that Robinson should be held to answer to the charges, the judge released him with the conditions he stays away from Nordstrom, is subject to search and seizure without probable cause or a warrant and not leave the neighboring counties of Alameda and Contra Costa.

The DA's Office says Robinson did not have to post bail.

"This was extremely disappointing," said O'Connell.

"Mr. Underwood had posted his monetary bail and so for that reason he's in a different posture than Robinson," he continued.

Underwood and Robinson are due back in court in January. If and when Dawson is arrested, the DA's office says she will remain in custody for the duration of her case.