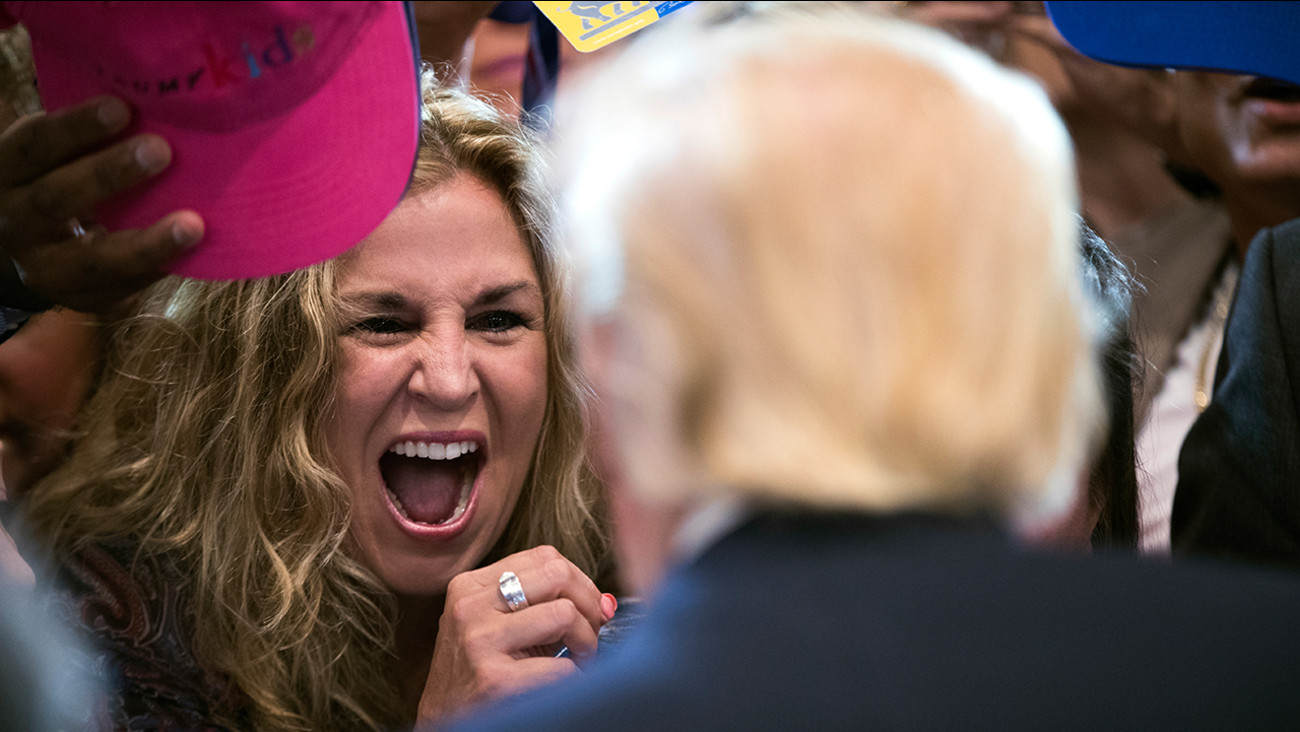 The first few polls conducted after last week's Republican convention suggested a small to medium convention bounce for Donald Trump, with Hillary Clinton holding on to narrow leads in several surveys. But a series of polls released Monday morning show bigger gains for Trump. In particular, Trump leads by 1 percentage point in a CBS News poll, by 5 percentage points in a CNN poll, and by 4 points in this week's edition of the Morning Consult poll. He's also extended his lead for 4 points in the USC Dornsife/Los Angeles Times tracking poll, although it has generally shown good results for Trump.

It isn't straightforward to measure Trump's convention bounce because he was already gaining ground on Clinton heading into the conventions, narrowing what had been a 6- to 7-point national lead for Clinton in June into roughly a 3-point lead instead. For instance, the CNN poll shows a massive 10-percentage-point swing toward Trump, but its previous poll was taken in mid-June, at a high-water mark for Clinton. By contrast, CBS News shows Trump gaining only 1 percentage point, but its previous poll was conducted earlier this month, shortly after the controversy over Clinton's email scandal resurfaced.

But one method to measure the convention bounce is to look at FiveThirtyEight's now-cast, our estimate of what would happen in an election held today. We don't usually spend a lot of time writing about the now-cast because - uhh, breaking news - the election is scheduled for Nov. 8. The now-cast is super aggressive, and can overreact to small swings in the polls. But it's useful if we want to get a snapshot of what the election looks like right now. It suggests that in an election held today, Trump would be a narrow favorite, with a 57 percent chance of winning the Electoral College.

The now-cast also suggests that Trump has gained a net of about 4 percentage points on Clinton in national polls from a week ago, turning a deficit of about 3 points into a 1-point lead. If so, Trump would turn out to have a fairly typical convention bounce. Over the past few cycles, convention bounces have been 3 to 4 percentage points, on average. As is also typical of convention bounces, Trump appears to have gained in the polls (taking votes from undecided and third-party candidates) more than Clinton has declined.

Finally, there's our polls-only forecast, which doesn't have a convention bounce adjustment but is less aggressive than the now-cast. Clinton is very narrowly ahead in the polls-only forecast, although it's close enough that a couple of strong polls could flip it to Trump.

If you have technical questions about how our models work, I'd encourage you to read our methodology primer. But in some ways, all of this detail is missing the forest for the trees.

On the one hand, the conventions are not a particularly good time to sweat every tick in the polls. Instead, they tend to be one of the less accurate times for polling. Historically, it's unusual for candidates not to at least pull into a rough tie after their party convention - John McCain and Sarah Palin did so in 2008, for example, and even Walter Mondale led a couple of polls in 1984. But those bounces do not always turn out to be predictive.

If you must make a forecast, it's probably better to adjust the polls (as the polls-plus model does) than not to adjust them. But even the polls-plus model is making what might best be described as an educated guess. Recent convention bounces have been relatively small, but historically, the polls have been highly volatile around the conventions, with convention bounces in the 1970s, 1980s and 1990s sometimes running into the double digits. In some ways, the trajectory of the Clinton-Trump race so far has resembled a "vintage" presidential race, with wilder swings in the polls, as opposed to the 2004, 2008 and 2012 elections, when the polls were generally quite steady.

It's hard to know what to expect out of the Democratic convention - I could tick off a half-dozen reasons why I'd expect Clinton to get a relatively large bounce, and another half-dozen why it might be quite small. We know, however, that the polls are normally a lot more predictive a few weeks after the conventions - by which time the convention bounces have died down - than a few weeks beforehand. 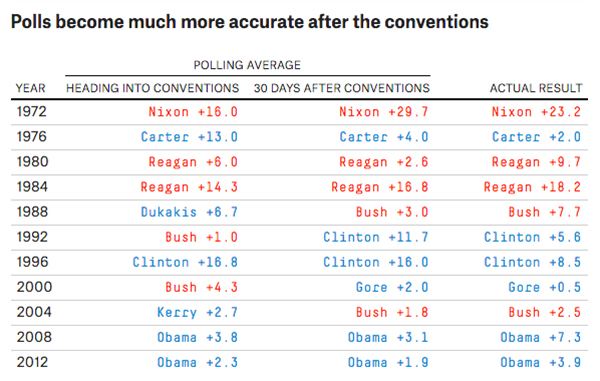