Small cluster of earthquakes may be warning sign of larger one to come, researcher says 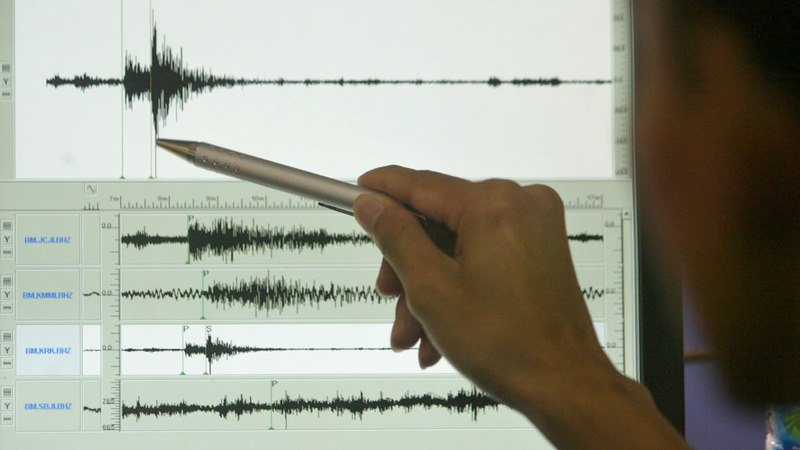 Expert: Small earthquakes may be warning sign of larger one to come

BERKELEY, Calif. (KGO) -- Another day of "Earthquake Roulette" in California and the East Bay, in particular, where the best we can say is that even if the ground didn't t move today, we're still 24 hours closer to the inevitable.

"It is always around the corner, we never know when it's going to happen," said Dr. Angela Chung of UC Berkeley. She took a few calls on Tuesday following research published by her colleague Dr. Daniel Trugman at the Los Alamos National Laboratory.

"There has been a long history of seismologists making earthquake predictions and they are generally wrong," Trugman told us. But he's getting closer and making headlines after publishing a study of quakes in Southern California.

His findings indicate that a flurry of very small quakes, or foreshocks, precede moderate or large ones like the quakes in Ridgecrest this summer. But there's a catch. How do we tell a foreshock?

Trugman told us, "You are only sure it as a foreshock until after, yes."

RELATED: Quake expert reveals which buildings in Bay Area are at greatest risk

"Every time a small earthquake happens, doesn't mean there is going to be a larger one," according to Chung.

And if this sounds like a case of hindsight being 20/20, they already knew that. But this work does represent another piece of the prediction puzzle.

"At this point it is more observational," said Trugman. "The building blocks to make such a prediction are scientific observation."

Until then, the holy grail of earthquake prediction remains undiscovered and the Hayward Fault, along with many others, loaded. And still cases of not if, but when. Same as yesterday. Same as tomorrow. Earthquake scientists have been trying to predict events for a century.

And they are unwilling to predict when they might be able to predict.