KGO
By by Janine De la Vega
MOUNTAIN VIEW, Calif. (KGO) -- Some people who were turned away from Shoreline Ampitheatre last Friday are upset that they can't get a refund from a postponed concert there.

The concert was supposed to feature Matchbox 20 and Counting Crows. It has been rescheduled for Tuesday night, but without the Counting Crows. Because the event was postponed, not canceled, some ticket vendors are refusing to refund.

"I just can't make it tomorrow night," said Joey Brandt of San Jose. "I was supposed to go last Friday. I really want to see Counting Crows but they are not going to be here tomorrow night."

The show was originally canceled due to a loading dock issue. The pavement on the ramp collapsed, creating a sinkhole.

Hugo Velasquez had trouble getting a refund. The ABC7 News employee bought his tickets from Ticketmonster (an entirely separate company from Ticketmaster) and told us the vendor initially refused to refund him because the concert was rescheduled. "$300 that I paid for the whole thing. I can't go on such short notice."

Ticketmonster later decided to give him his money back after he reached out to the president of the company.

A Ticketmaster spokesperson told us they don't provide tickets to those vendors and therefore can't refund tickets they didn't directly sell to people.

"Oh, that's tough. Can understand their pain," Brandt added. "Luckily, we bought straight from the box office. They gave us a full refund including the service fee."


Jennifer Shouse Vanderstraten wrote: If the tickets are non-refundable because it's not considered canceled, at least reschedule so people have enough time to make arrangements.

Construction crews were out Monday making repairs. Live Nation tells ABC7 News the asphalt will be down soon and the venue should be ready to go for the concert Tuesday.

7 on Your Side also helped fans get assistance with refunds. 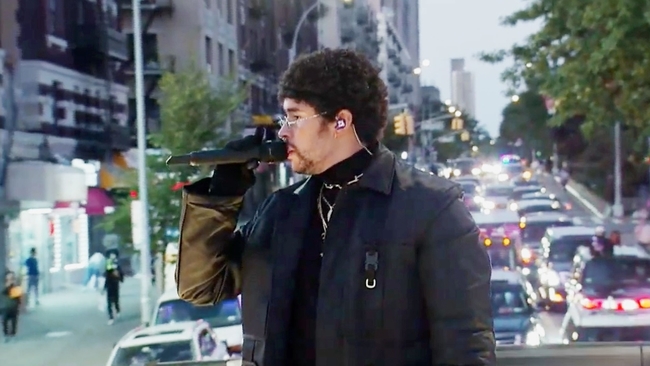