ONLY ON ABC7NEWS.COM: Alameda County accused of putting 3-year-old at risk in foster home where she allegedly died of meth poisoning

KGO
By Vic Lee
STOCKTON, Calif. (KGO) -- ABC7 News has learned that Alameda County Social Services Agency is being sued for allegedly putting a 3-year-old foster child at risk after she died from methamphetamine poisoning. It was the second time the child had allegedly ingested meth, at the same foster home. It's a story you'll see only on ABC7 News.

It is a sad story and according to the lawyer who filed suit, the death of the young girl may have been prevented. The lawsuit was filed in federal court in San Francisco on Monday, on what would have been the little girl's fifth birthday.

In September 2015, little Mariah was just turning 3 years old when she and her 5-year-old brother Jeremyah were removed from their biological mother, who was charged with abuse and neglect.

These undated images show siblings Jeremyah and Mariah. The 3-year-old girl died in a Stockton, Calif. foster home in 2015 of alleged methamphetamine poisoning.

Alameda County, through its contracting agency Triad Family Services, approved placement of them at a foster home in Stockton.

According to the lawsuit against the county and its agencies, four days later, Mariah was rushed to the hospital when she began shaking violently and acting strangely.

Doctors allegedly found that the child had consumed methamphetamine.

After treatment, Mariah was returned to the same foster home.

This time, she died. 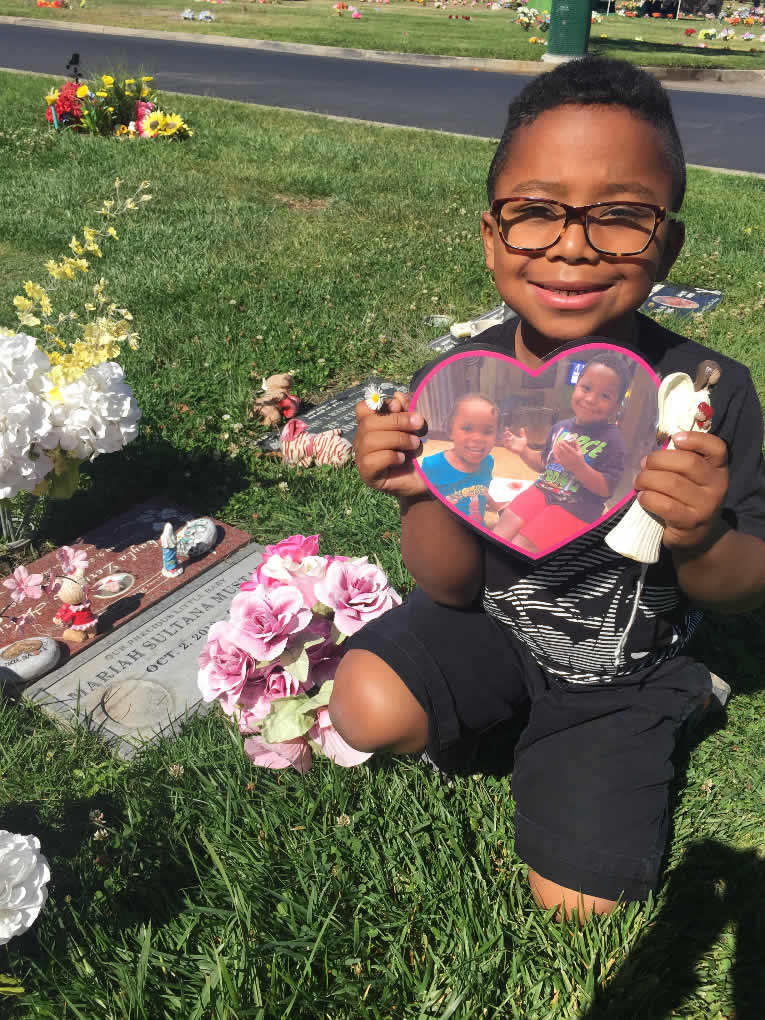 This undated image shows Jeremyah holding up a picture of his sister Mariah, who died in a Stockton, Calif. foster home in 2015 of alleged methamphetamine poisoning.

The lawsuit says paramedics found "a baggie with a methamphetamine rock" in the children's room.

"They were the legal custodians of this child by law," he said. "They were the ones in charge by law of the safety of these children at that home."

But Kessler says neither Alameda Child Protective Services nor Triad conducted any serious investigation after the first incident.

"Part of the shocking part of this case is how they ended up both to remain there after this hospitalization two weeks earlier," he said.

Jeremyah now has a new foster mom, Shannon Villanueva and her family. She says the 7-year-old has good and bad days. 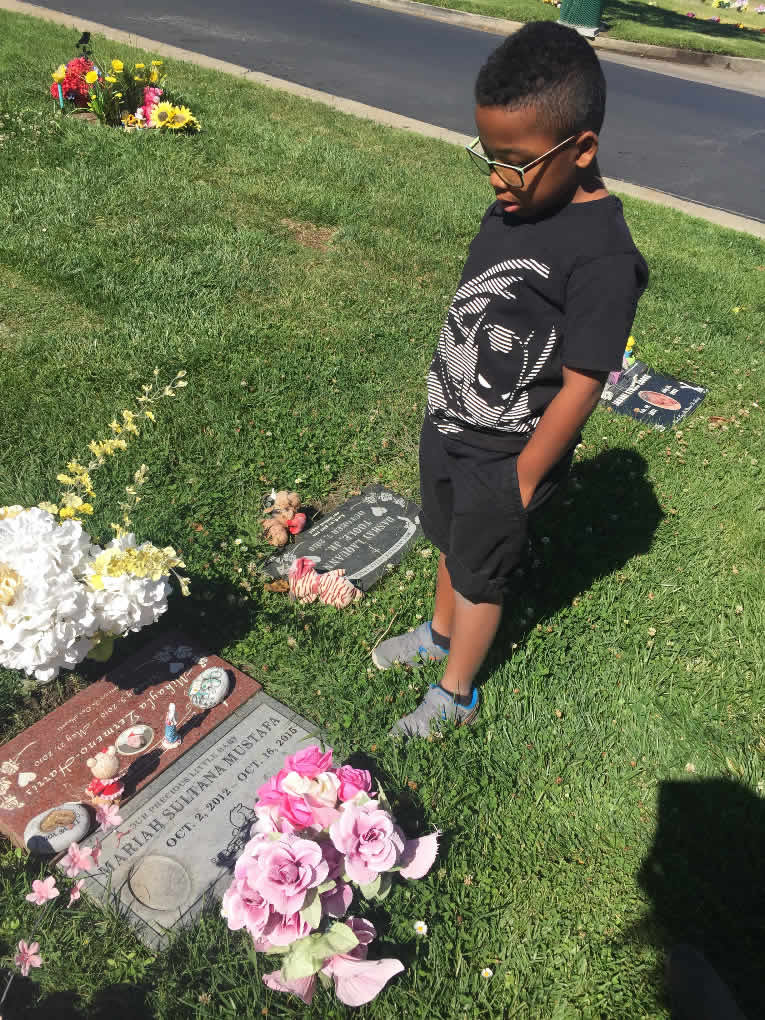 This undated image shows Jeremyah at a gravesite for his sister Mariah, who died in a Stockton, Calif. foster home in 2015 of alleged methamphetamine poisoning.

"When he can't really take it anymore he'll have meltdowns and he'll cry," she said. "And he'll cry until he loses his voice sometimes."

Death is hard for a child to comprehend. Jeremyah recently asked why his sister's body stopped working.

"We explained in a little bit more detail and he said, he said, 'I should have followed her. I should have protected her,'" said Villanueva.

We called Alameda County administration for a response. No callback yet. We also no response on our call to Triad Family Services.

A footnote, the original foster mother in Stockton was never charged with any crime as far as we can tell. We will continue to follow this sad story of course.
Report a correction or typo
Related topics:
oaklandstocktoncrimealameda countychild deathmethamphetaminefoster caremethlawsuitchild killed
Copyright © 2020 KGO-TV. All Rights Reserved.
More Videos
From CNN Newsource affiliates
TOP STORIES