Too close for comfort: Drone has frightening apparent close call with jet 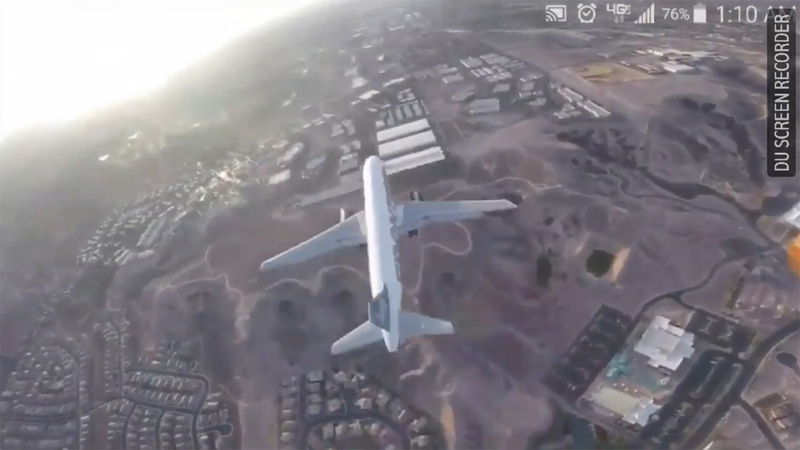 HENDERSON, Nev. -- The FAA has launched an investigation after a drone had an apparent close call with a jet near McCarran International Airport.

Video circulating online shows the drone hovering as what appears to be a Frontier Airlines jet flies almost directly beneath it.

It's not clear who shot the footage or when it was taken, but ABC News has confirmed that it was taken in the vicinity of McCarran.

FAA regulations generally prohibit drone operators from flying above an altitude of 400 feet, near other aircraft or in controlled airspace like the area near an airport. There are, however, instances in which pilots can apply to have those rules waived under specific circumstances. It's not clear under which regulations this pilot was flying.

According to the agency's website, flying a drone in a manner deemed reckless could lead to fines or criminal action.

In addition to the FAA, the local police department is now investigating the incident and the FBI "was made aware of it as well," according to ABC affiliate KTNV-TV.

Drone U, a company that offers drone flying and photography services, posted the video to Facebook along with a message condemning what they called a "reckless and criminal act."

"Drone U and it's [sic] members work tirelessly in making our skies safe for all users of the National Airspace System. This pilot's actions not only endangered the flying public, but has the potential to discredit an entire [Small Unmanned Aircraft System] industry," the company wrote. "It is the opinion of Drone U and it's [sic] members that the pilot receive swift and just punishment for this example of irresponsible and reckless flight."