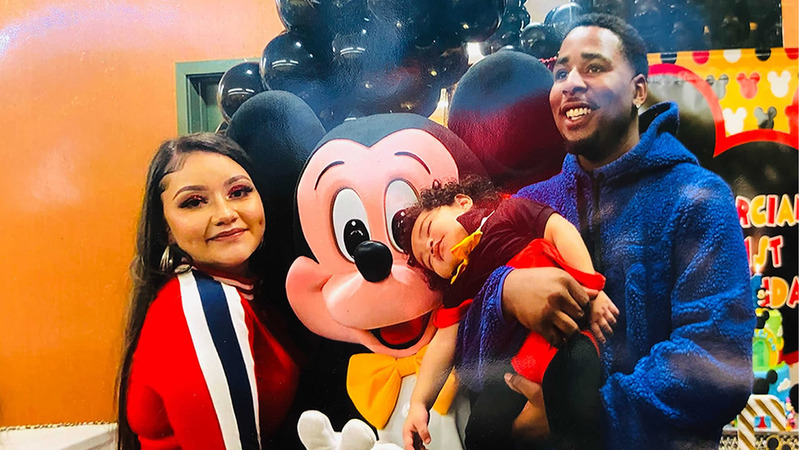 OAKLAND, Calif. (KGO) -- Authorities have identified the person killed in a shooting Saturday at Lake Merritt.

Seven others were injured in the June 19 shooting. Officials say they are in stable condition.

Tuesday, family members could be seen hugging as they remembered Da'Shawn.

"I can't believe he went out to celebrate Juneteenth and he don't even come home," says Da'Shawn's high school sweetheart Mariah Herrera. She's now left to raise their 1-year-old son by herself and without a father.

"He loved music, he would always sing to me, he was just so happy," Herrera said.

Amidst the sadness of this Lake Merritt shooting, which also left seven people hurt, there is anger from Da'Shawn's family. Others at the park had told them Da'Shawn was killed, but they tell us they had not received official word from the coroner's office, the Alameda County Sheriff's office, or the Oakland Police Department until we read them a tweet Tuesday.

"If we was a white family would they have called us and had investigators at our house? Would people have came to us and told us?" Da'Shawn's Aunt Torrie Pierre questioned.

The sheriff's office says they were given approval from police to release the name and they did. Oakland's police chief has previously tied the shooting to San Francisco gangs. Da'Shawn's family, including his mom, commented on that.

"He's not a gang member, he doesn't even have tattoos, he's never even been to jail," his mom Shawntee Turner said.

"He was not in no gang, my nephew was not a gang banger, he knows a lot of people just like I know a lot of people," Da'Shawn's Aunt Jasma Turner added.

Police say they haven't identified specific, individual gang members, but believe the shooting is tied to the groups.

Mariah says she is still in total shock, "I just can't believe this happened!"

No suspects have been linked to the crime but, authorities are still offering a $40,000 reward for information leading to the arrest and conviction of the shooter or shooters.

Da'Shawn's aunt has started a GoFundMe page to help pay for some of the costs associated with raising his son. The page is here, if you'd like to donate.