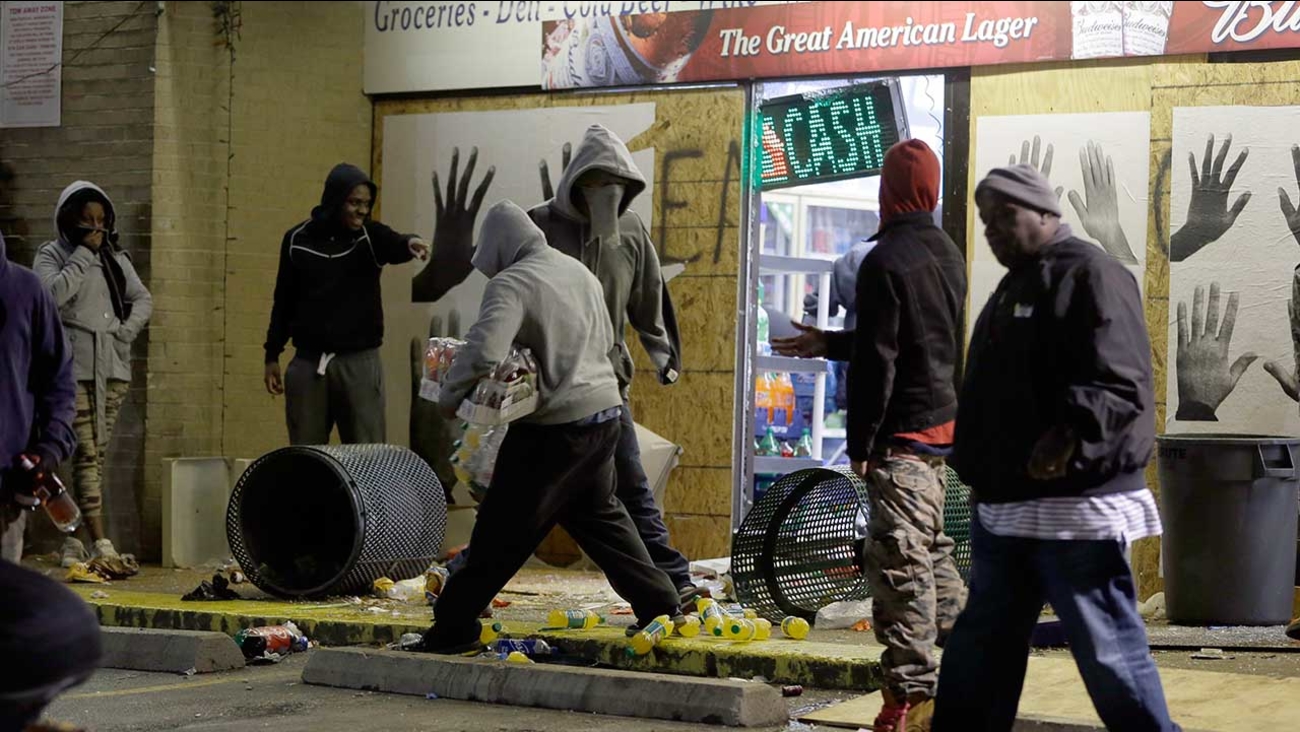 Ferguson Market and Liquor store is vandalized after the announcement of the grand jury decision Monday, Nov. 24, 2014, in Ferguson, Mo.

Just before 9:30 p.m. EST Monday, it was announced that a grand jury found no probable cause to indict white police officer Darren Wilson in the Aug. 9 shooting death of unarmed black teenager Michael Brown in Ferguson, Mo.

Click here for our minute-by-minute live coverage from Monday night.

People around the country who disagreed with the decision responded with everything from peaceful candlelight vigils to looting and burning of businesses. In addition to Ferguson, the areas that saw the most charged reactions included Oakland and New York.

Witnesses of the violence, fellow protesters and members of the media documented the events on social media.

Ferguson, St. Louis
The St. Louis County Police Department called the night of Nov. 25 the worst night of violence they have seen.

Prior to the decision, tensions were high outside of the Ferguson police office.


As tensions mounted, protesters gathered throughout Ferguson and Saint Louis.


The violence resulted in injuries, with 16 people being sent to the hospital. One reporter was hit by a rock on live TV.


At least 61 people were arrested and more than a dozen buildings were burned, in addition to the burning of cars and and looting of businesses.

Surrounded by flames on W. Florrisant, north of Canfield, in #Ferguson. Firefighters scrambling to fight them. pic.twitter.com/hATj3M8x6I

San Francisco, Oakland
In Oakland, violence broke out as protesters damaged property and set small fires. The protests led to at least 40 arrests, but no serious injuries were reported.


New York
In New York City, hundreds of protesters peacefully gathered in Union Square and then marched to Times Square.

Police Commissioner William Bratton was spattered with fake blood during the protest.

More than 250 protesters gathered downtown, and 110 Freeway was shut down near Pico as protesters took to the street.

Chicago
Hundreds of protesters gathered downtown, especially outside the police headquarters, but the city saw little violence, reported ABC 7 Chicago's Eric Horng. No arrests were made, and no property damage was reported.

Must be said majority of Chicago protestors tonight were beyond civil. One point, my cameraman stumbled and marchers had his back. #Ferguson


Watch a 10 minute report on the decision and the violence by ABC News below or by tapping here if you are viewing on the news app.