KGO
RIDGECREST, Calif. -- Residents and businesses in Ridgecrest are cleaning up after a preliminary-magnitude 6.4 earthquake struck Thursday morning in the Mojave Desert's Searles Valley.

At Ledesma Chiropractic, surveillance video showed picture frames and a rack of clothing shaking as the quake struck. Photos of the aftermath showed objects that had been knocked to the ground around the office.

Video and photos from Ledesma Chiropractic in Ridgecrest show shaking and aftermath from Thursday's earthquake.

A similar scene unfolded at the Pita Fresh restaurant in Ridgecrest. Footage from several different surveillance cameras in the building showed an employee running for cover as lights and other fixtures shook violently and supplies fell from shelves in the back-of-house area.

A house fire broke out after an earthquake in Ridgecrest, California, on Thursday morning.

"It almost gave me a heart attack," said Cora Burke, a waitress at Midway Cafe in Ridgecrest, a town of 28,000 people. "It's just a rolling feeling inside the building, inside the cafe and all of a sudden everything started falling off the shelf, glasses, the refrigerator and everything in the small refrigerator fell over."

Video posted online of Eastridge Market liquor store in Ridgecrest showed the aisles filled with broken wine and liquor bottles, knocked down boxes and other groceries strewn on the floor. Victor Abdullatif, whose father owns the liquor store, estimates the business lost approximately $100,000 in inventory and does not have insurance to cover recovery costs. He has started a GoFundMe to offset recovery costs.

Ridgecrest Mayor Peggy Breeden says firefighters are working to put out five fires in the area following an earthquake but that she didn't know if any injuries have been reported. Breeden says the local senior center was holding a Fourth of July event when the quake hit. She says everyone made it out shaken up but without injuries.

People throughout Southern and Central California reported feeling the powerful quake, whose epicenter was located about 62 miles north-northwest of Barstow.

There were no immediate reports of injuries. 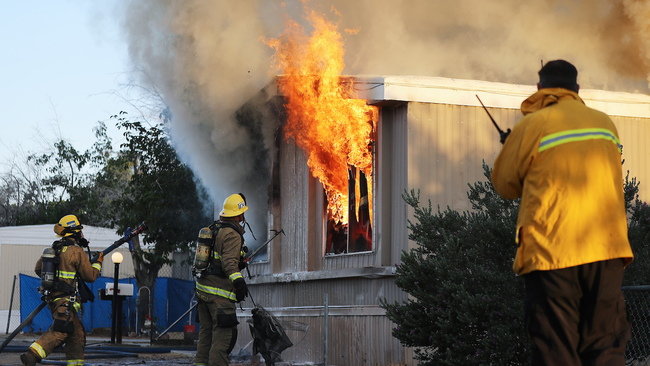 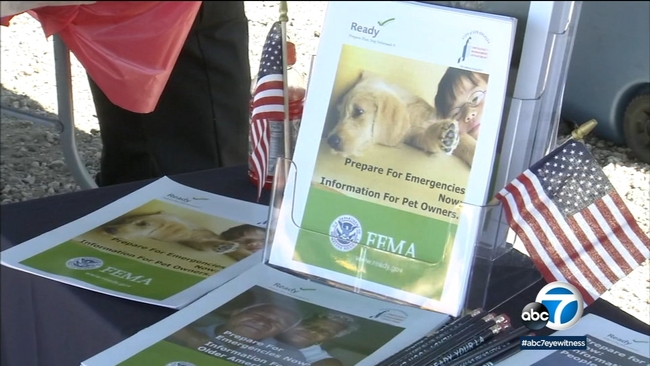 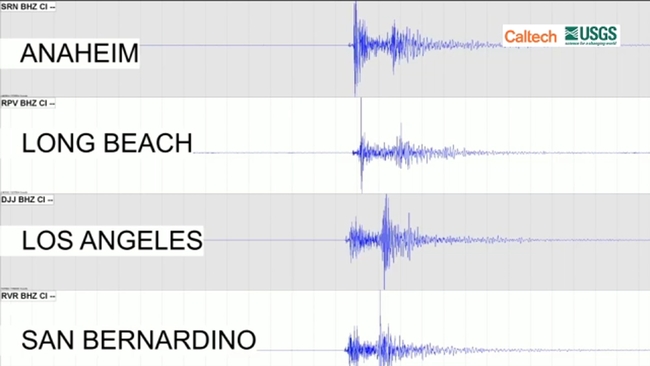