KGO
SAN FRANCISCO (KGO) -- There's a new record for the world's largest aerial firework. It was launched during the finale of the Winter Carnival Night Extravaganza in Steamboat Springs, Colorado, on Feb. 8.

The firework shell over Steamboat Springs weighed nearly 2,800 pounds, which is about the weight of a Toyota Corolla. It flew 2,200 feet before it burst into the red flames in the sky.

According to The Steamboat Pilot & Today, the team lead by Tim Borden first attempted to set the world record last year, but failed when the shell exploded without lifting off of the ground.

The group has been working to break the record for seven years, spending thousands of hours building larger fireworks and facing countless obstacles.

The previous record was set off in 2018 in the United Arab Emirates, with a firework weighting 2,397 pounds.
Report a correction or typo
Related topics:
arts & entertainmentcoloradorecordworld recordu.s. & worldfireworks
Copyright © 2020 KGO-TV. All Rights Reserved.
FIREWORKS 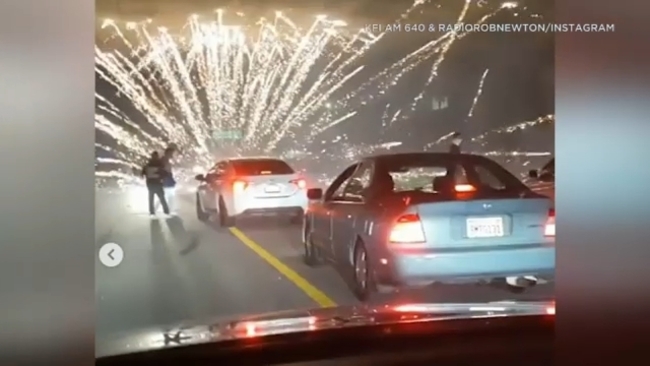