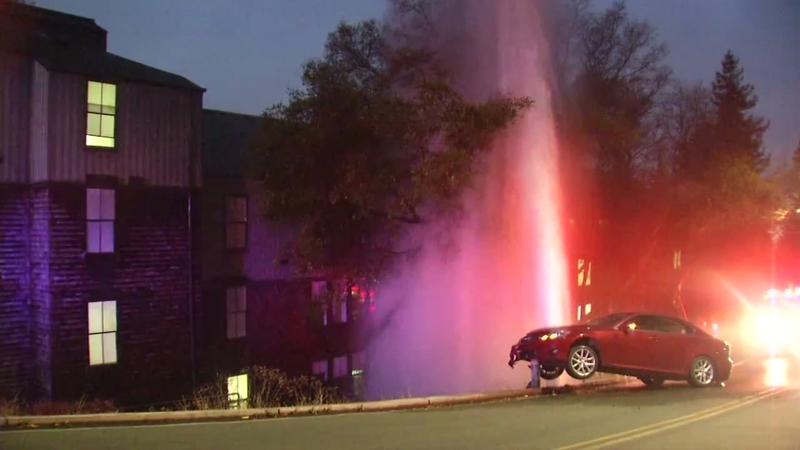 Video shows gallons of water spewing into the air and flooding the area of Hearst Avenue and Highland Place. This went on for about two hours.

The water rushed downhill, and directly into Stern Hall and Foothill.

At Foothill, students living in buildings four through nine got a text telling them to evacuate.

We don't know the exact number of gallons that spilled, but it was enough to displace 20 students inside Foothill's Building 6.

Cal representatives are scrambling to find them a place to stay on campus.

Witness Satish Nallapamena said, "A car ran into the fire hose outlet and it broke and is shooting up water dumping water into the street."

Student Maggie Li said, "My building was dry so I didn't think I'd have to go but my RA said I had to leave. Then I got the text so now I'm just going to stay outside."

Another student, Ana Maria tells ABC7 News, "People had to be evacuated, we don't have any information about getting back in, but apparently rooms are flooded, there is water coming through the walls."

With very little time, students just grabbed what they could and left.

"I just have my laptop, books I was studying, I just plan to continue doing that," student Ricardo Avila said.