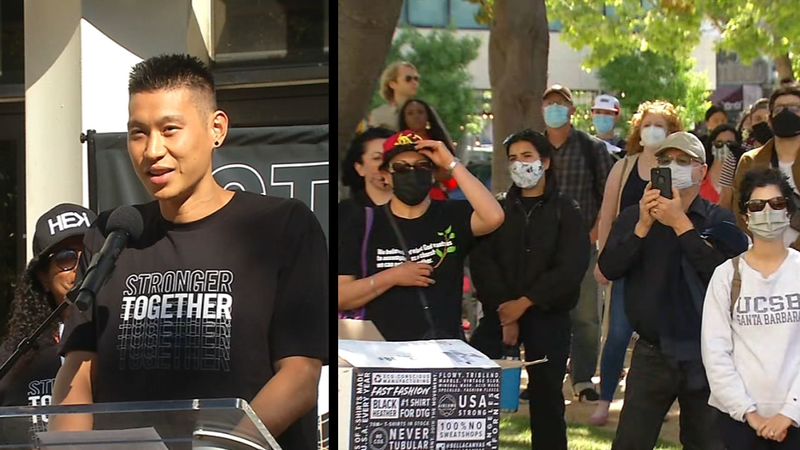 PALO ALTO, Calif. (KGO) -- More than a dozen churches around the Bay Area honored the memory of George Floyd Saturday.

Next week marks the one-year anniversary of his death in Minneapolis.

A prayer vigil was held on the Peninsula for Floyd and other victims of violence. A former NBA star showed up to offer his thoughts and prayers.

"We are here to remember him and pray for God to be at work against racial injustice in this country," said Pastor Susan Van Riesen from Palo Alto Vineyard Church.

VIDEO: Was justice reached in Derek Chauvin verdict? Here's why some say 'not yet'
EMBED More News Videos

A day after a jury returned three guilty verdicts in the case of former officer Derrick Chauvin, the country is processing what the bellwether case means for policing. The conviction is seen as an important step towards accountability, but is it justice?

George Floyd died on May 25, 2020, after former Minneapolis police officer Derek Chauvin kneeled on his neck for more than nine minutes. Floyd repeatedly said he couldn't breathe. Chauvin was found guilty of murder, and is awaiting sentencing.

"I'm grateful for the verdict, but we still lost a father, an American, we're here to remind each other about that," said East Palo Alto City Councilmember Antonio Lopez.

Others say they came to this vigil, outraged over hate and violence against asian community.

"Racial justice is for my parents, elders and of course our children," said Sandy Chen from Los Altos.

Many say stopping hate and racial injustice sounds impossible, but some faith leaders believe they have a starting point.

"Having cross-cultural relationships, getting to know people from different backgrounds, opening up our hearts to one another, these are part of the solution," said pastor Van Riesen.