Strickland gets 6-game suspension after Giants, Nationals brawl, Harper gets 4 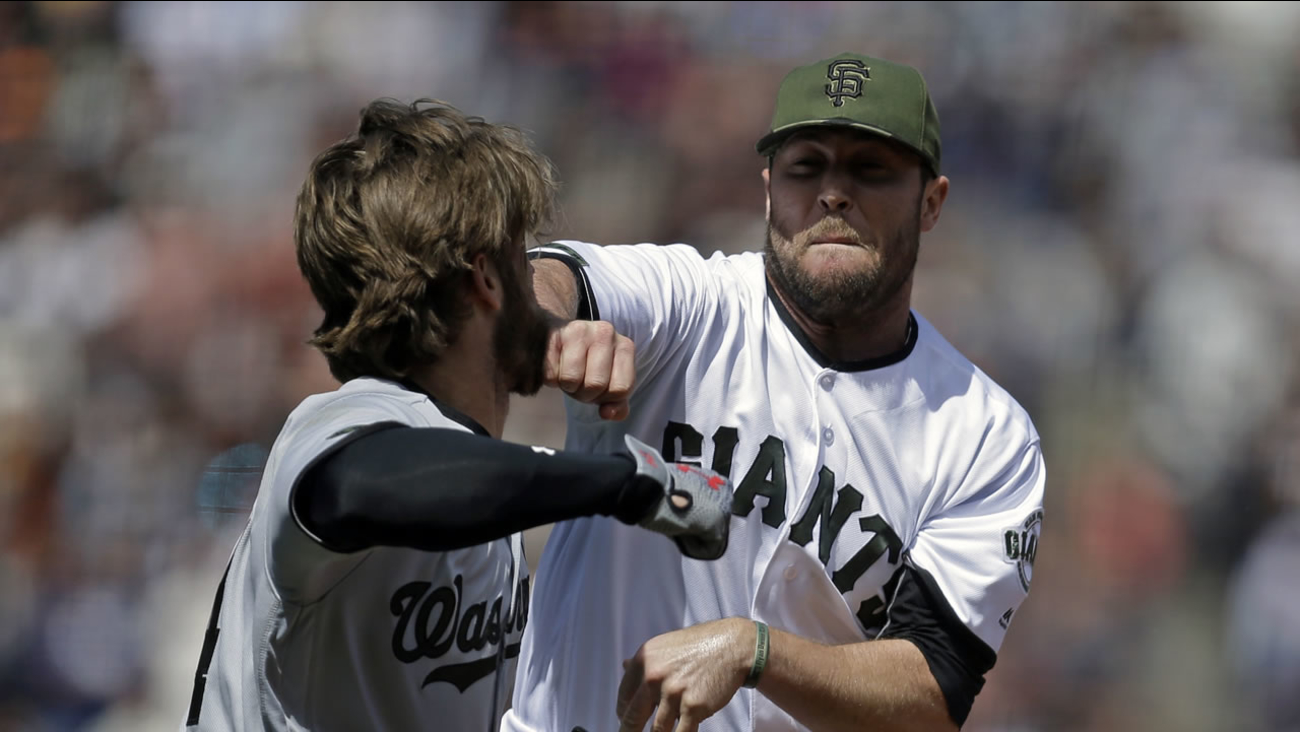 SAN FRANCISCO (KGO) -- Discipline has been handed down to both San Francisco Giants pitcher Hunter Strickland and Washington Nationals outfielder Bryce Harper after a bench-clearing brawl during Monday's game at AT&T Park, according the Major League Baseball.

Both will have to pay undisclosed fines.

The suspensions are effective immediately. Both players have elected to appeal, so the respective discipline will be held in abeyance until the process is completed.