KGO
GILROY, Calif. -- Only a few days ago, Gilroy was known for one thing: garlic. The rural community near San Francisco lived and breathed the prized, pungent crop.

Now it's the site of the latest U.S. mass shooting.

A 19-year-old gunman slipped into the annual Gilroy Garlic Festival on Sunday evening and fired a military-style rifle before police shot him to death.

Hundreds of residents held a candlelight vigil Monday night to mourn a 6-year-old boy, a 13-year-old girl and a New York college graduate who were killed.

As they raised votive candles, long tapers or tea lights, they also raised their spirits in the defiant cry of "Gilroy Strong."

A sign with the phrase underneath an American flag covered in two garlic cloves hung from the front of the stage.

"We cannot let the bastard that did this tear us down," Mayor Roland Velasco declared to cheers.

RELATED: What we know about the 3 victims killed in Gilroy

It was the cry heard so often after shootings at schools, parks, movies, nightclubs and festivals nationwide.

The shooting brought out renewed demands for national gun control by politicians in California, which already has some of the strictest firearms laws in the nation. Gov. Gavin Newsom called for controls on high-powered, high-capacity guns that he labeled "weapons of mass destruction."

"It keeps happening, over and over and over again, on their damn watch," Newsom told reporters. "I can't put borders up in a neighboring state where you can buy this damn stuff legally."

The shooter, Santino William Legan, legally purchased the military-style rifle this month in Nevada, where his last address is listed. Under a California law that went into effect Jan. 1, residents younger than 21 are barred from buying guns unless they are in the military or law enforcement. Those 18 and up can buy guns in Nevada.

Authorities sought a motive for the killings. On the day of the attack, Legan urged his Instagram followers to read a 19th century book popular with white supremacists on extremist websites. He also complained about overcrowding towns and paving open space to make room for "hordes" of Latinos and Silicon Valley whites.

Legan also posted a photo from the Gilroy Garlic Festival minutes before opening fire, saying, "Come get wasted on overpriced" items. His since-deleted Instagram account says he is Italian and Iranian.

Authorities said they are reviewing his social media for clues. They say he appeared to fire at random and that police patrolling the event responded within a minute and killed Legan as he turned the weapon on them.

Gilroy's Police Chief said that the shooting appears to have been preplanned, but they are not sure how long the suspect had these plans.

Legan grew up less than a mile from the park where the city known as the "Garlic Capital of the World" has held its three-day festival for four decades, attracting more than 100,000 people with music, food booths and cooking classes.

During the search of Legan's car police said they located a shotgun he had recently purchased.

They also said a sweep of the creek near by turned up a bag filled with extra ammo.

Big Mikes Gun and Ammo, which appears to be a home-based internet gun shop in Fallon, Nevada, said on its Facebook page that Legan ordered the rifle off its website and "was acting happy and showed no reasons for concern" when the store owner met him. The post said the owner was "heartbroken this could ever happen."

Five people were still in hospitals, according to medical officials Tuesday.

Two of the remaining patients at Santa Clara Valley Medical Center have asked to keep their conditions private. The status of the three other patients are good, fair, and serious.

The CEO of the hospital called Sunday's shooting "deeply personal."

"We get gunshot victims, but not seven in one night," Joy Alexiou, Santa Clara Valley Health System spokesperson said.

"It's always traumatic. Some of our staff had been at the festival as just going as a community member. Other's had been there because we had a booth at the festival. Maybe you came close to becoming a victim yourself."

The shooting followed mass killings in California that include an attack at a Thousand Oaks bar where 12 people died in November and a 2015 terrorist attack that killed 14 in San Bernardino.

Police had training in responding to an active shooter. While they prepared for the worst, they never expected to use those skills in Gilroy, roughly 80 miles (176 kilometers) southeast of San Francisco.

The city required people to pass through metal detectors and have their bags searched. Police, paramedics and firefighters were stationed throughout one of the largest food fairs in the U.S.

RELATED: What we know about Gilroy Garlic Festival suspect

Legan bypassed those security measures by cutting through a fence, Gilroy Police Chief Scot Smithee said. Some witnesses reported a second suspect, and authorities were trying to determine if he had any help. At a press conference on Tuesday police said they have not ruled it out but have not found any evidence of a second suspect.

The gunfire sent people in sunhats and flip-flops running away screaming. Some dove for cover under the decorated food booth tables. Others crawled under a concert stage, where a band had started playing its last song.

The youngest victim, Stephen Romero, described by his grandmother as a kind, happy and playful kid, had just celebrated his sixth birthday in June at Legoland in Southern California.

"My son had his whole life to live, and he was only 6," his father, Alberto Romero, told San Francisco Bay Area news station KNTV after the shooting.

Also killed was 13-year-old Keyla Salazar from San Jose. The teen was eating ice cream with family when they heard gunshots and began to flee, said her aunt, Katiuska Vargas.

The teen stayed back to keep pace with a relative who uses a cane and was shot with a bullet that otherwise might have hit the woman, Vargas said. Keyla's stepfather was wounded as he went back for her.

"She was such a caring person," Vargas said. "She would give everything to other people ... We lost a really beautiful life."

The oldest victim was Trevor Irby, 25, who graduated in 2017 from Keuka College in upstate New York.

Troy Towner said his sister, Wendy Towner, was at the festival with her business, the Honey Ladies, when she saw a man with a gun climb over the fence. She yelled at him: "No, you can't do that!"

The gunman shot her in the leg and her husband three times, while a young girl dragged their 3-year-old son under a table, Towner wrote on a fundraising page he set up for his sister.

Legan then approached the couple as they lay motionless on the ground and asked if they were all right. They didn't move, fearing he would finish them off, Towner wrote.

Towner said his sister underwent surgery and was expected to have long-term nerve damage, while her husband faces many surgeries.

Candice Marquez, who works for Wendy Towner and her husband, Francisco, told The Associated Press that she had gone to the bathroom and saw the gunman heading to their tent. She said her 10-year-old niece helped the toddler to safety.

"She was brave," Marquez said.

Jan Dickson, a neighbor who lives across the street from the Legan family, described them as "a nice, normal family." She said Santino Legan had not lived there for at least a year.

"How do you cope with this? They have to deal with the fact that their son did this terrible thing and that he died," Dickson said.

Vendors and volunteers of the Gilroy Garlic Festival finally got the opportunity to pick up their cars at the 10th Street and South Miller Avenue lots.

Those we spoke with said it's a way for them to move forward from the tragedy.

Vendors and volunteers of the Gilroy Garlic Festival finally got the opportunity to pick up their cars at the 10th Street and South Miller Avenue lots.

"It's still very traumatic just pulling down the street," Volunteer Susanna Young said after she picked up her car. "I was definitely getting some flashbacks of what happened on Sunday. It's getting a little bit of normalcy back and feeling like things are finally getting settled."

"It's good to get our car back," Volunteer Margaret Lee said. "I feel really badly for the people who lost their loved ones and those who got injured. But this isn't going to stop us from volunteering in the future."

While there will be more chances to pick-up cars from the lots, the festival grounds will remain closed as the investigation continues.

Following a tragedy such as the Gilroy Garlic Festival shooting, it's the community that comes together to help those affected.

Following a tragedy such as the Gilroy Garlic Festival shooting, it's the community that comes together to help those affected. That includes at Cal Silk, a shirt company in Gilroy, where they are giving back to show that they are Gilroy Strong.

The Gilroy Downtown Association paired with Cal Silk to make and distribute 800 shirts as well as hats and stickers with the phrase "#GilroyStrong" on them.

It's something Pierson says is near and dear to her heart.

"It really hits home," Pierson said. I've been born and raised in Gilroy and we are completely in shock that something like this could happen. My mother and father did 9/11 shirts and gave back $30,000 to the Red Cross. It was instilled in me to always give back to my community. Because of them, that's what I'm doing here."

The shirts will be available while supplies last for $20.

All proceeds go to the victims of the Gilroy Garlic Festival shooting.

One Life Prints is also doing hats and shirts to be worn during the community vigil Thursday evening.

Straw Hat Pizza and Victoria's Mexican restaurant have been doing their parts as well by feeding first responders as the investigation continues.

Get the latest stories, photos and videos on the deadly Gilroy Garlic Festival shooting. 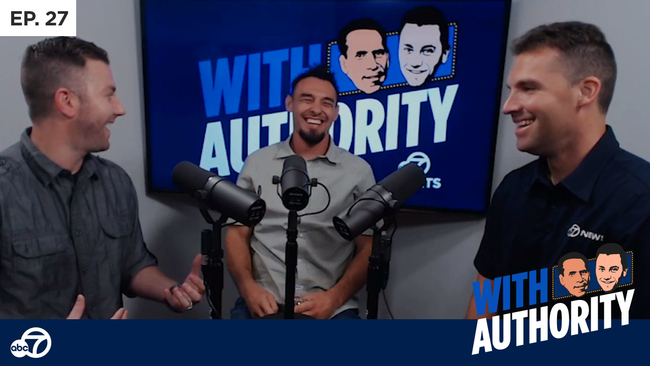