CDC believes this year's flu vaccine will be more effective 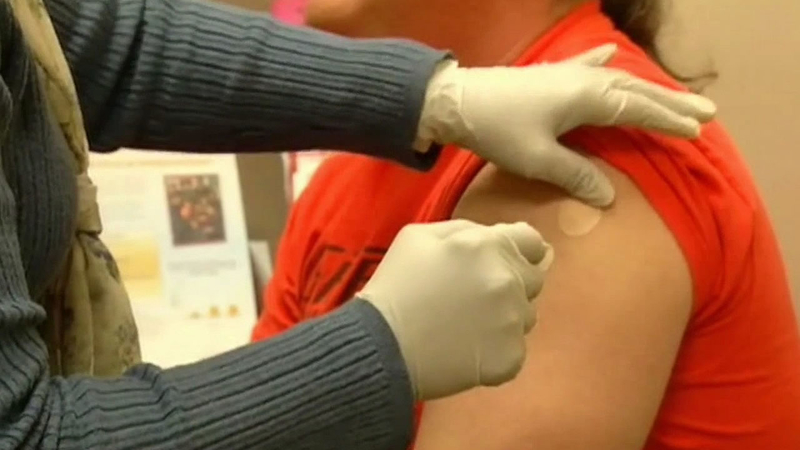 SAN LEANDRO, Calif. (KGO) -- The Centers for Disease Control issued their take on how effective this year's flu vaccine will be against the strains of flu expected to circulate.

It's about the time to get an annual flu shot. Last year's version didn't work well. The H3N2 virus mutated and left the vaccine out of sync with what was going around. People became ill and some became very sick.

"The 2014-2015 season had the highest hospitalization rate among seniors that we've ever documented," said CDC director Dr. Tom Frieden.

This year will be different.

"This year the H3N2 strain, which is part of the vaccine, looks like it's going to have good coverage with the virus that's circulating south of the equator right now, which is presumably the one that we'll see during our flu season," said Dr. Jeffrey Silvers with Sutter Health Infection Control.

The CDC says 98 percent of doctors and nurses get vaccinated. In the general public half get a flu shot and the other half skip it.

"I don't feel like getting sick and I feel like taking the vaccine as opposed to going through the experience of suffering," said Chris Quimby.

Still, kids think getting the flu vaccine is suffering. One kid we ran into suggested, "Maybe make it so it doesn't hurt that much."

The CDC recommends that everyone over 6 months old get vaccinated before flu season.