Shigeko Sasamori was 13 when she looked up to the sky over Hiroshima and saw a parachute slowly drifting toward the ground.
KABC
By David Ono 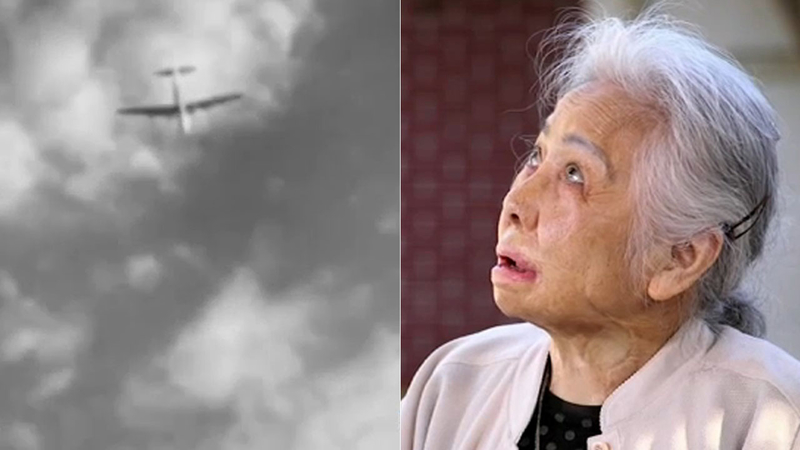 MARINA DEL REY, Calif. -- Every dish has a story, like the delicious concoction on a hot griddle in southern Japan. It's an obsession called Okonomiyaki.

There are hundreds of these restaurants scattered throughout Hiroshima. It begins with a crepe, add some vegetables, eggs or meat, even noodles: Okonomiyaki means "anything you want."

But 75 years ago when the city was reduced to almost nothing, the first restaurant opened with little more than a grill. Citizens would bring whatever they had, and together they created what would become their culinary symbol of Hiroshima's fight to rise up from the ashes.

Shigeko Sasamori says Okonomiyaki makes her homesick. It's subtle, but you can see the scars she bares: her face, her fingers.

Like the city where she was born, Mrs. Sasamori has also fought back.

It was 1945, she was a 13-year-old child when on a sunny morning, she saw a beautiful silver plane.

"So I looked up to the sky. I saw the plane has a white tail, and the blue sky looks pretty. So I told my classmate, I said her look up. Airplane so pretty," said Sasamori. "I saw these white things coming down... just white."

That white was a parachute attached to the bomb, allowing for a slower descent. It detonated 2,000 feet above the ground for optimum destruction.

"At the same time everything at once, very strong forces... knock me down," said Sasamori.

When she came to, the world she knew was gone, replaced by indescribable horror.

"Everywhere people sitting or lying down everybody was somehow hurt," said Sasamori. "I was so shocked. I didn't hear anything. Very silent."

She was two miles from the point where the bomb exploded... the very edge of survivability. Anything closer: disintegrated.

What's unimaginable: tens of thousands of the dead were children.

"Many, many people, my relatives and uncles and cousins, many those people died," said Sasamori.

Survivors were terribly burned. Sasamori says her mother hid the mirror, but eventually the then-13-year-old saw herself in a piece of broken glass.

"I really shocked. No eyebrows. No skin. Red," remembered Sasamori. "And mouth, just like a monster face, horrible face. Not a human face."

Ten years later, Sasamori would be invited to America as part of a group called the Hiroshima Maidens. They would receive badly needed surgery. "Saturday Review" editor Norman Cousins was instrumental in making it possible; raising funds, enlisting the help of Mount Sinai Hospital in New York.

With this kindness, Sasamori was reborn and decided to settle down in America. She now lives in Marina del Rey. 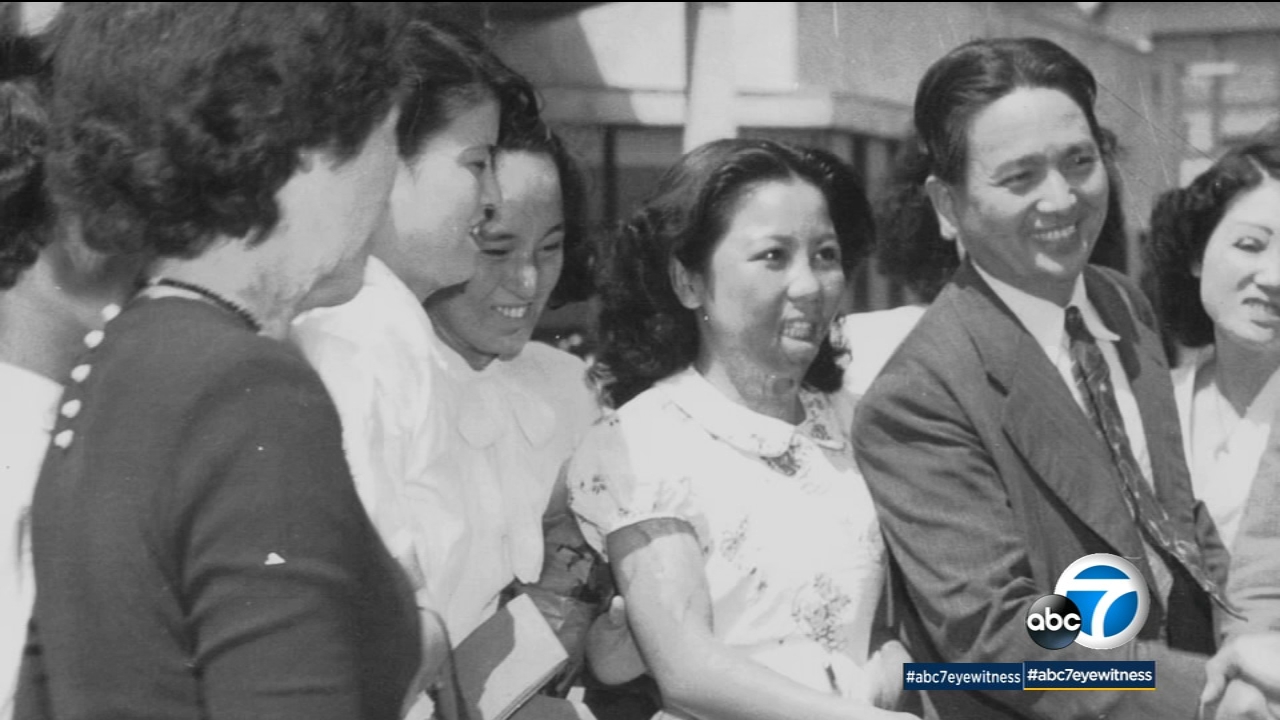 Ten years after the atomic bomb was dropped on Hiroshima, survivor Shigeko Sasamori was invited to America to receive surgery.

Visiting Hiroshima, you would never know this is the place that has seen the worst of mankind. But they don't want to forget: a park and museum sit where the bomb exploded. Inside, images that stop people in their tracks.

In one building, "The Dome," has been preserved exactly as they found it after the bomb. It's one of the few buildings still standing in the entire blast zone. And today, it serves as a permanent reminder of the terrible devastation this city endured.

Seventy-five years later, as the countries of the world continue to grapple with distrust, it's important to remember what happened here. Our nuclear weapons today are 3,000 times more powerful than what was dropped on Hiroshima. Even our national parks system, which played a key role in developing the bomb, wants to make sure we never use it again.

During the war it was called the Manhattan Project.

Hanford, Washington, Oak Ridge, Tennessee and Los Alamos, New Mexico, were part of a massive top-secret effort to develop the bomb and end the war. It was a great success but at a great cost. Today our National Park Service acknowledges the accomplishment, but also the need for peace that now comes with it.

And peace being the only way is why Sasamori tells her story to kids around the world.

"People have to stand up to tell the government more strongly about it. That's really important," said Sasamori.

Every day in Hiroshima, thousands sit for their favorite meal. Not only because it's delicious but because it's part of their soul. To enjoy it with friends and family today means they are alive and at peace.