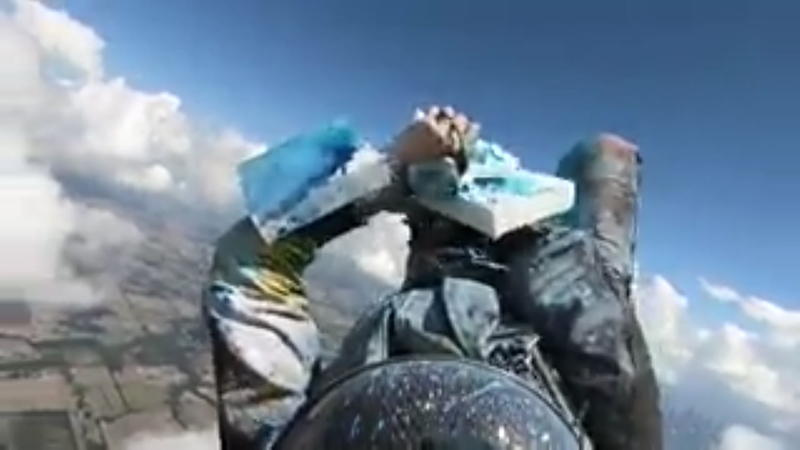 DALLAS, Texas -- A professional skydiver in Dallas took painting to another level while creating a video perspective of a one-of-a-kind aerial artist concept called "Captured Sky."

On Sept. 1, Michelle Nirumandrad took paint and canvases up with her during freefall skydives and released the colors, allowing the wind to help paint the canvas.

Captured in a ViralHog video, Nirumandrad said she crafts like this "in an effort to create a tangible from an intangible, to claim a souvenir from above, a piece of the heavens."

This artwork was created entirely above ground to create impressions of the sky, using it as her "fingerprints."

The video shows Nirumandrad exiting a Twin Otter at 13,500 feet while the wind paints her canvases up until she's at 5,000 feet.
Report a correction or typo
Related topics:
hobbies & intereststexasartviral videobuzzworthyskydiveru.s. & worldviral
More Videos
From CNN Newsource affiliates
TOP STORIES